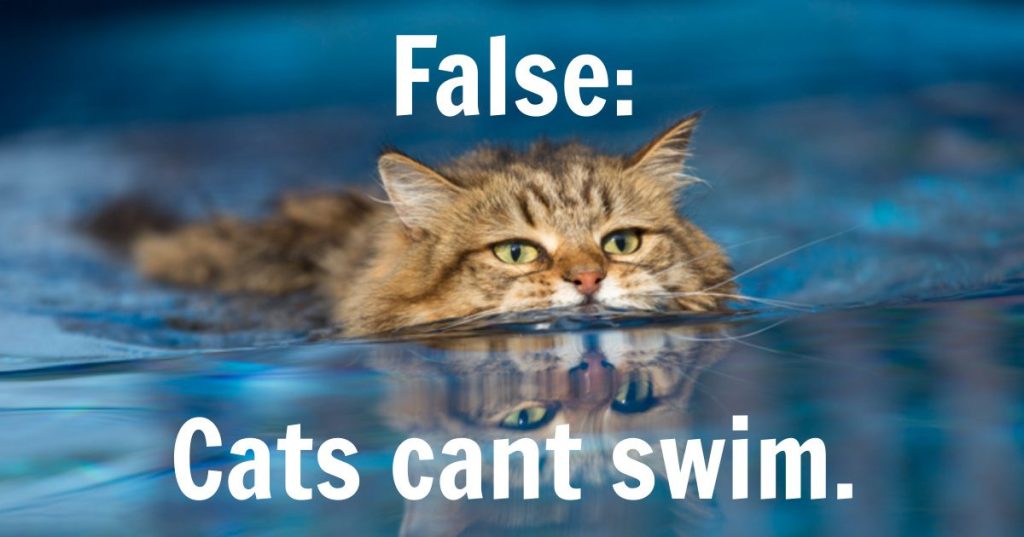 I would venture to say that, at one time or another, most people have or will have a cat in their lives. Unlike dogs, cats typically adopt their people and not the reverse, so we don’t actually have a say sometimes in whether or not we actually want a cat.

This leads to most people assuming they know all there is to know about our feline friends, but there are actually a few things we think are true that absolutely aren’t – and these 10 misconceptions are super common!

10. They always land on their feet. 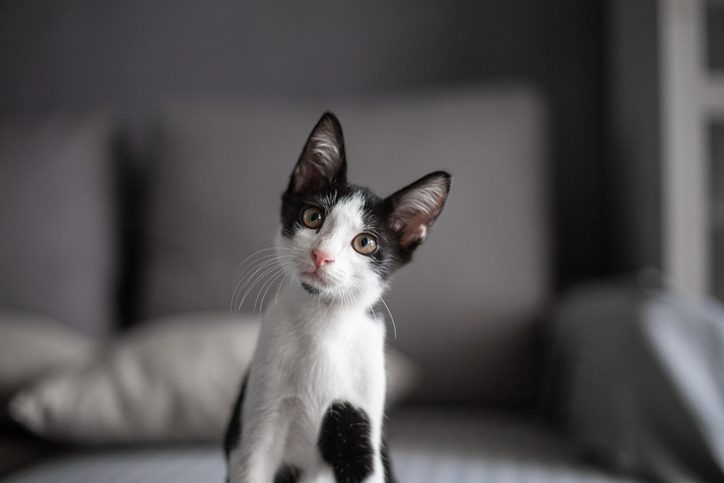 Cats do often display great balance, thanks to a “righting reflex” that allows them to rotate in mid-air in an attempt to land on their feet, but it’s not always true.

The height from which they fall greatly affects their ability to land safely, and the higher up they are, the greater chance they’ll escape without injury.

9. Your cat wants to off your baby. 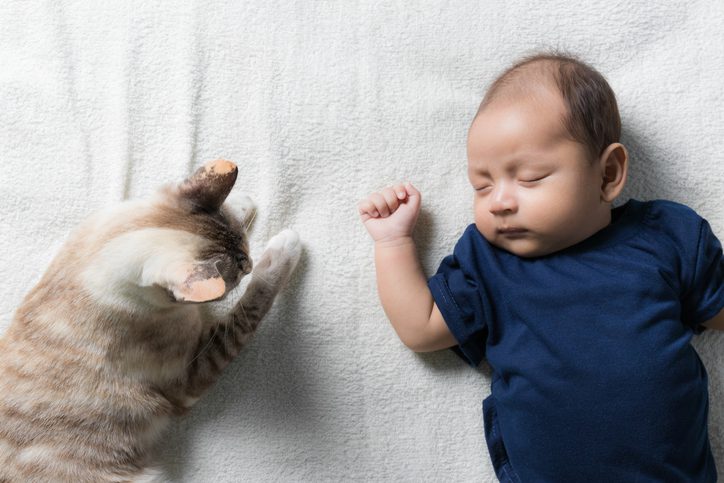 There’s an old wives tale that newborns and cats do not mix, and if they have the chance they will smother the baby or harvest their soul or something by stealing thier breath as they sleep.

This is obviously not possible, and if you find your cat in bed with your baby, they’re likely just there for the warm body.

That said, it is safest to ensure your baby is safely away from the cat as they sleep, because accidents can happen to the most well-meaning feline. 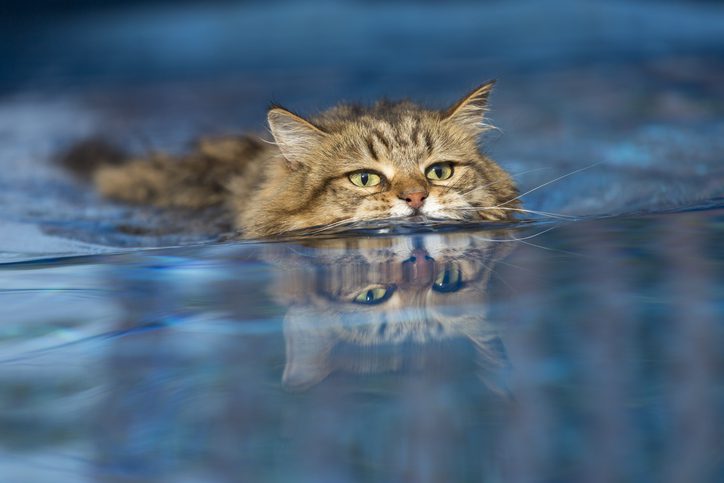 Cats can swim, they just don’t particularly like it. Heavy, wet fur makes it harder to escape predators and can lead to body-temperature issues as well.

Fun fact: nearly every mammal can swim when necessary.

7. Cats don’t care about their humans. 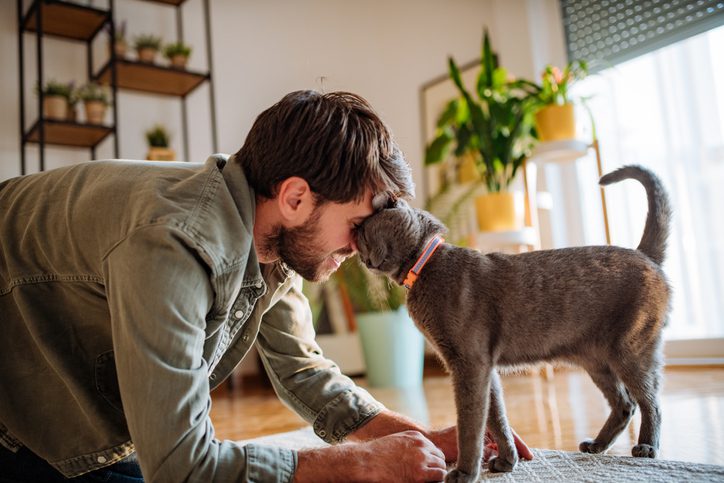 There is good evidence that cats do get attached to their owners, and not just because you’re holding that can of wet food hostage, either.

They might not greet you at the door like your dog, but they express their feelings in other ways, like a sweet head-butt or making those biscuits on your skin.

That said, they would definitely eat your dead body if given the chance. But I mean, you’re dead, so what do you care? 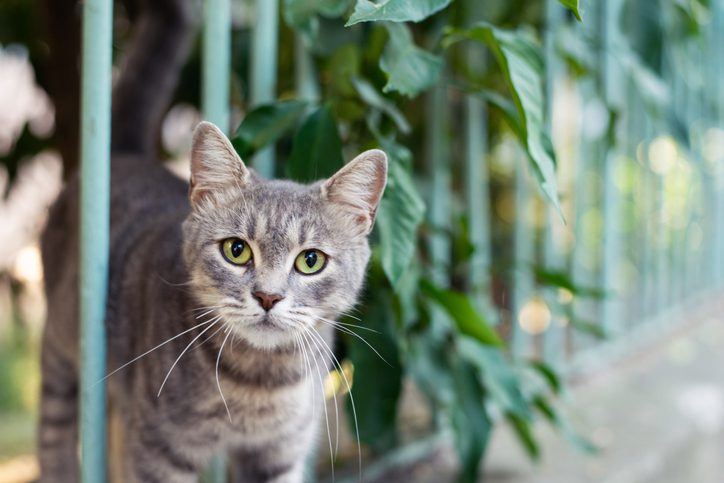 This could be true in some cases, but it’s not a given. The average lifespan of an indoor cat is much higher, and they’re less likely to suffer horrible situations like poison, parasites, and serious injury as well.

Keeping your cats inside is better for the birds, too; cats kill around 2.4 billion of them every year.

That said, if you want to keep your indoor cat happy, you’ll want to provide enrichment opportunities like your attention, toys, and climbing/scratching tools.

5. Black cats are less likely to be adopted. 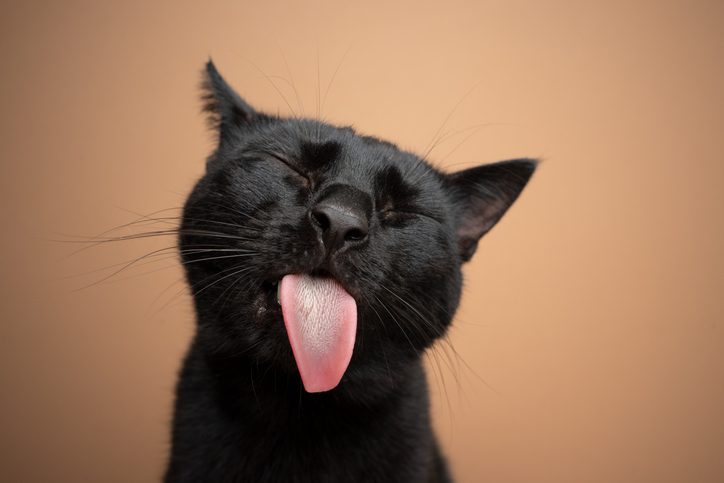 Black cats do have a bit of a reputation and association with the occult. They’re obviously not evil, and they also have high adoption rates among shelter cats – so where does this misconception come from?

It’s simple, really – there are just a whole lot of black cats. 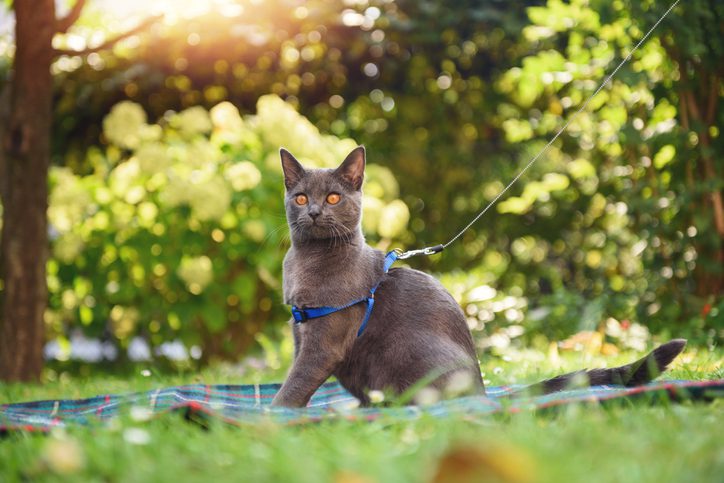 You can actually train your cat to do things like walk on a leash, come when you call them, and even use the toilet (thanks, Robert DeNiro).

You’ll need lots of patience and positive reinforcement (aka treats), and your cat will benefit from the mental stimulation as well.

Cats need around 15-30 minutes of engagement/enrichment a couple of times a day, so learning a few tricks could be a fun way to pass some time for you both. 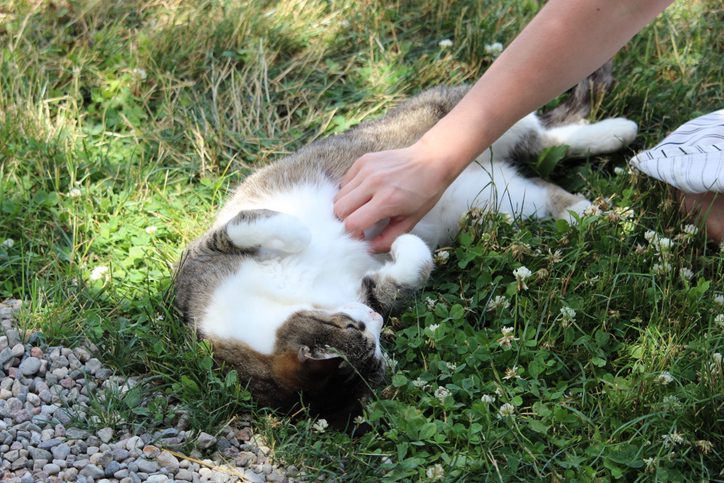 A 2013 study that concluded cats hate to be petted has been largely debunked , and whether or not it stresses out a particular cat has a lot to do with personality and the situation.

Cats are sensitive to touch, however, so if they’re feeling stressed or overstimulated, they will whack you to let you know they’re not in the mood.

2. There’s no harm in declawing an indoor cat. 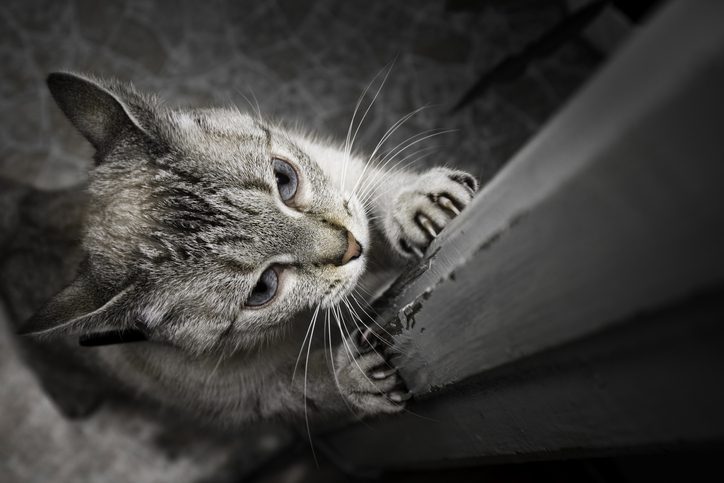 Cats let out energy by scratching, but even though teaching them where and when it’s ok to do so can be frustrating, declawing is super harmful in myriad ways.

Declawed cats can have a harder time walking, they’re vulnerable to chronic pain, and are more likely to refuse to use a litter box, which will get them euthanized quickly in a shelter. 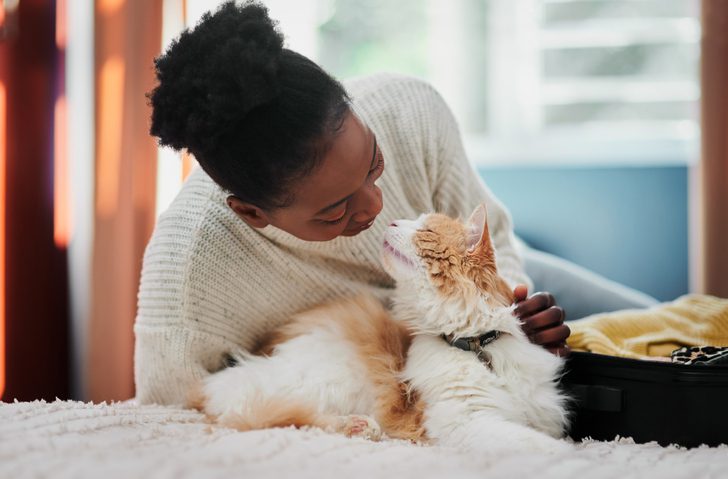 Cats purr for many reasons, and pleasure is just one of them. It can also be a response to things like hunger, stress, or even discomfort.

One theory even posits they do it to improve their bone density, with the low, steady vibrations intended to stimulate muscle and bone without expending energy.

I definitely believed a few of these so am happy to be setting the record straight.

If you’re a cat expert, tell us in the comments what else we should add to this list!