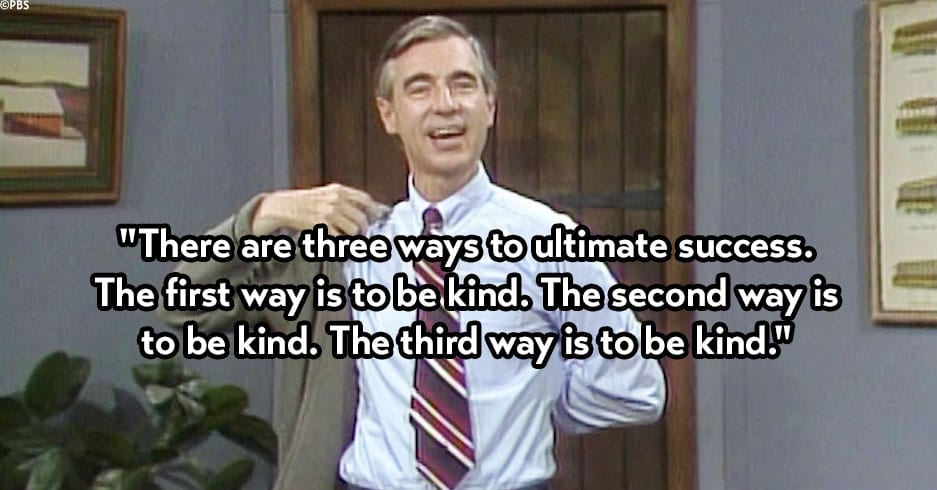 10 Quotes And Life Lessons Mr. Rogers Taught Us All

If you’re like me, you grew up watching Mister Rogers… even though it was considered an “old” program at the time. There was something just inherently charming about this affable, salt and pepper man in his red cardigan and tie teaching kids how to be better people. Those were the days, yeah?

Since then, cartoons have basically taken over the “life lessons” role, but it’s just not the same. Fred McFeely Rogers was a unique, beautiful human being and we all just need to accept and celebrate that as much as we can.

That’s why we’re sharing these 10 life lessons that the man in the red sweater taught all of us.

10. Having Feelings Is Never Wrong

Mister Rogers taught all of us that we need to express our feelings because we need to, not because we want to.

“There’s no ‘should’ or ‘should not’ when it comes to having feelings. They’re part of who we are. When we can believe that, we may fit it easier to make constructive choices about what to do with those feelings.”

9. Television Can Be A Force For Good

“Television needs to do all it can to show and tell what the good in life is all about. We all have only one life to live on Earth. And through television, we have the choice of encouraging others to demean this life or to cherish it in creative, imaginative ways.”

There will always be those people who will stand up, raise their hand and assist their fellow human beings. Fred knew that all too well.

“When I was a boy and I would see scary things in the news, my mother would say to me, ‘Look for the helpers. You will always find people who are helping.’ To this day, especially in times of ‘disaster’, I remember my mother’s words, and I am always comforted by realizing that there are still so many helpers – so many caring people in this world.”

7. The Secret To Success

Mister Rogers definitely practiced what he preached, and he had three, simple pieces of advice who wanted to live a happy life.

6. There’s No Such Thing As Perfect

We all have our flaws, and those could be celebrated, not criticized.

“Love isn’t a state of perfect caring. It is an active noun like ‘struggle’. To love someone is to strive to accept that person exactly the way he or she is, right here and now. People can love us, even when we’re not perfect.”

5. Imagination Is A Muscle We Need To Flex

When you have a great imagination, even the most mundane things can open up new worlds and possibilities.

“You know, if you had all the toys in the world and you didn’t have any imagination about how you would play with them, those toys would just sit there doing nothing. And that would be no fun. Thinking up good things to do with what you have gives everybody a good feeling.”

4.Things Aren’t Nearly As Frightening As They Seem

Mister Rogers actually had a degree in Music Composition, and he used those gifts frequently on the show to help kids cope with everyday fears.

Clearly, Fred Rogers dedicated his life to helping children. And he had a lot of admiration and respect for anybody who did the same.

“When I was very young, most of my childhood heroes wore capes, flew through the air or picked up buildings with one arm. They were spectacular and got a lot of attention. But as I grew, my heroes changed, so that now I can honestly say that anyone who does anything to help a child is a hero to me.”

2. Differences Should Never Divide Us

In 1969, America was caught up in a lot of racial turmoil. So Rogers cast François Clemmons as Officer Clemmons, who was one of the first African-Americans on children’s television, and filmed him wading in a kiddie pool with Clemmons. 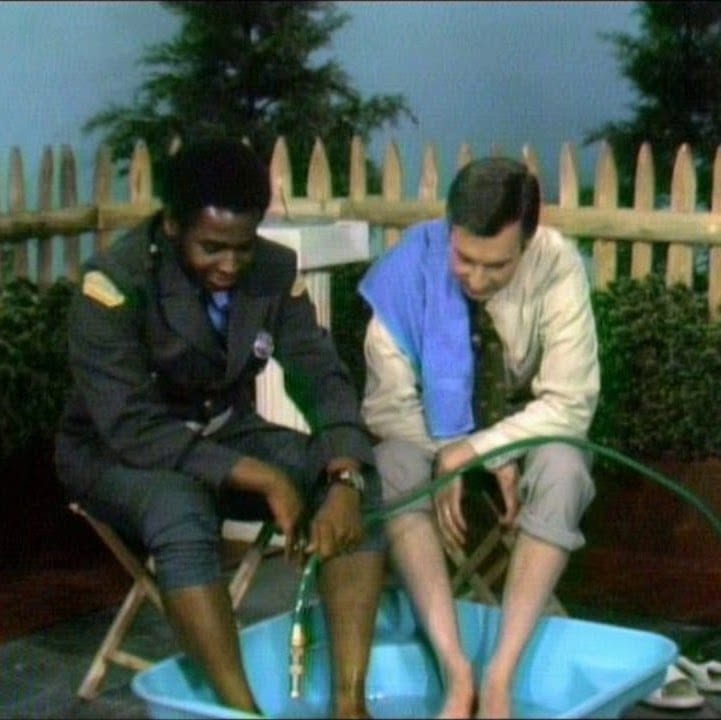 While he did it, he sang this simple song.

Cleaning up a room can say I love you.
Hanging up a coat before you’re asked to
Drawing special pictures for the holidays and
Making plays.

Nobody says it better than Fred.

“One of the greatest gifts you can give anybody is the gift of your honest self. I also believe that kids can spot a phony a mile away.”

“I feel so strongly that deep and simple is far more essential than shallow and complex.”

RIP Fred. We miss you.