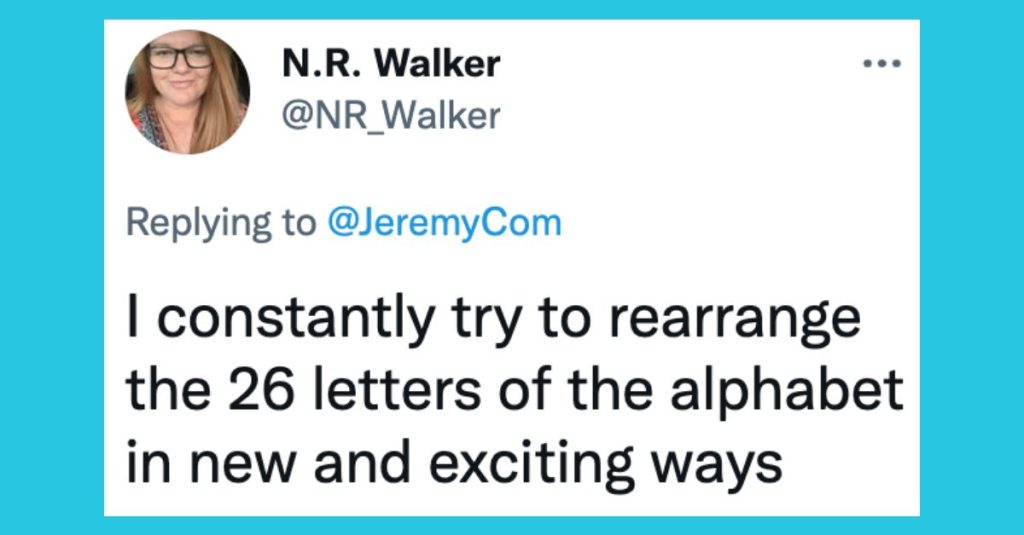 How many times have you been asked this before…”so, what do you do?”

It’s enough to drive anyone crazy! And, unless you’re an astronaut or a CIA assassin or something, chances are that your response is pretty…boring.

But those days are over now! Thanks to a Twitter user named Jeremy Padawer, you can now have a little fun when you describe your profession.

Poorly explain what you do for a living.

Let’s get silly with folks on Twitter and see how they answered this question.

I think I’m right on this one.

I tell people who are 18-22 years old things they should have learned much earlier but America was too racist to tell them.

It’s best to be prepared.

I teach small children to light fires and use knives. And sometimes I tell them all to hide in the woods.

3. Either boxing or MMA.

I help mildly dehydrated people in their underwear punch other such people within a metal enclosure.

4. Teachers for the win!

Keep up the good work!

I silently judge 18 year olds for 5 hours a day, then I review their work and judge them again, but this time on a graded scale. I then I make lists of my judgements of them. Plus, I get to discuss economics and US Government all day.

Could be a bunch of different things.

I poorly explain things for a living.

6. Writing can be tough.

And more people need to pay attention to you.

I drive a planned course to pick up and drop off tiny humans at government funded centres. I pick them up and bring them home later

All the world’s a stage.

Shout loudly, rhythmically, occasionally in tune and flounce about in someone else’s clothes in front of thousands of strangers.

Thanks for doing great work!

Stick ppl with needles until i get blood

I teach kids in California how to speak a language that only .002% of humans speak, so they can talk to their grandparents.

I ask people what they mean by “it hurts” and “it feels numb.” I then hit them with a hammer. Later I may send them to a place where they get their picture taken, after which I often say I haven’t the slightest idea what’s going on, but they’ll probably be OK.

In the comments, explain your job as poorly as you can. Let’s have some fun!