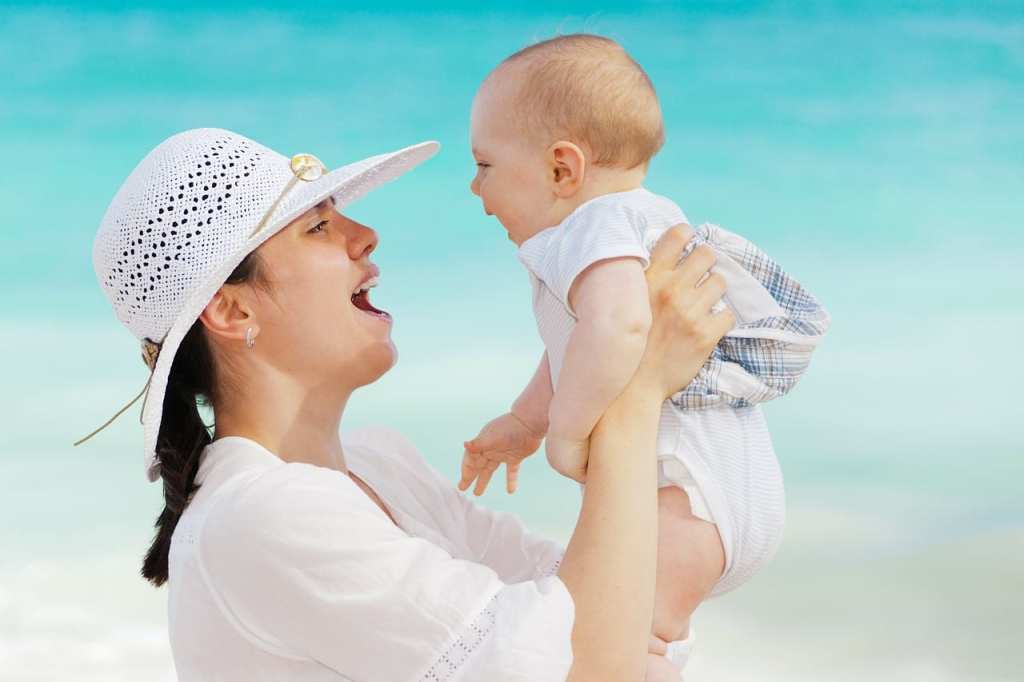 14 Moms Share the Irritating Times They’ve Been Momsplained To

You’ve probably heard of mansplaining. Momsplaining is a similar idea, but instead of men talking down to women, it’s moms sharing unneeded, unwelcome, and often infuriating advice with other moms. It could be a (hopefully) well-meaning family member or a stranger in the supermarket giving you her thoughts on breastfeeding.

Buzzfeed asked their community members to share their momsplaining horror stories, and they didn’t disappoint.

My husbands family INSIST my son needs to wear socks and shoes at all times. When I explained to them that it’s better for his feet to develop without the restraint of shoes, they then proceed to say that he would walk “better” wearing sneakers that would force his feet flat and that it is unsanitary to be barefoot.

One..he was running just fine around at 11 months. Two..how is his bare feet touching the clean floor of my house any more unsanitary than him crawling around on his hands and knees for the prior five months. Three..I did the research, and spoke to his pediatrician and he confirmed we should only be putting (very flexible) shoes on him when we are in public to protect his feet.

He received socks and hard soled shoes for his birthday from my husbands family. Yeah. Thanks.

I was told by an old lady on the bus that my son would grow up to be “soft” as I was holding his hand and sat him on my knee to look out of the window. No idea what she was getting at but she wasn’t happy when I asked if she was speaking from personal experience.

I had a job where my desk was in a public work space where customers would come up to me and talk to me. I had so many baby boomer moms see the photos of my baby daughter on my desk and scold me for working full time, away from her. It got so bad I would actually tear up and say the truth: “I love my baby. I love my job. And my generation can’t afford to stay home with our kids, but it sure does help that my husband is an equal parent because of it.” Ugh hated feeling so judged all the time when I’m doing the best I can.

I had my daughter at 39 weeks + 4 days and she weighed 6 pounds 15 ounces (perfectly healthy). Well when she was about 2 weeks old I had to run to the drugstore for a few items and some lady goes “she’s so small! How many weeks premature was she?” I just stared for a second in disbelief at this crazy lady and said “she wasn’t, our family just has petite children.” She then proceeded to say “are you breastfeeding? If you are then you need to start giving her formula mixed with rice cereal because you’re obviously not producing enough for her.”

After I had my 3rd baby, I went to a breastfeeding support class because I was really struggling to breastfeed. When the group leader introduced me to the rest of the moms, she asked me to share a bit about myself and my baby. After that, she asked if I’d had a vaginal birth or a csection. I told her this was my 3rd csection. Literally everyone in the room gasped! The leader then said “Doctors just hand out those csections nowadays, dont they?!” Another mother said to me “That’s awful. I would have died if I would have had to have a csection. That’s not really giving birth”

Uhhh….
I was so shocked and upset. All I could say was “Well, my babies would have died had I not had csections soo..”
I never went back to that group again.

I was in line at a store the other day and my 10 year old daughter was begging me to buy her some game she liked. I was just about to tell her that if she wanted it badly enough she could use her birthday money and buy it herself but before I could say a word the woman in front of me in line turns around and starts reprimanding me how I was going to spoil my daughter by buying her the game and that I should never give in and I should say no and be done with it and it was mothers like me that are spoiling today’s youth and that’s why they’re a mess…I was so shocked I was speechless and my daughter looks at her and says ‘if you don’t mind but this is a private matter and you should really mind your own business’ Now I would of added more colorful words but I couldn’t of said it better myself! And just to piss the lady off I told my daughter to go grab the game off the shelf so I could buy it for her!!

Another mom from my son’s former play group would to regularly make snide remarks about many of my parenting choices (insists on ONLY organic food and cleaners (with uneducated exceptions, of course), criticized me if I mentioned my son having TV time but later mentioned movies on rainy days in her own house, and even criticized me for having an epidural after 2 DAYS of labor) but the one that takes the cake for me was the time she was aghast that my son has a 9 p.m. bedtime, and insisted that I start giving him melatonin every night so he can go to be no later than 7.

I had my baby in a front carrier at an event. A lady came up to me, told me how cute she was, and that her footie onesie was too tight on her feet and it would screw up her toes. It wasn’t, and her feet are fine.

I was grocery shopping with my 3 month old daughter riding in her car seat in the cart. She was falling asleep and a lady stopped me to tell me she should be napping her crib and lectured me on the developmental harm that can happen if babies don’t have a nap schedule. I am a medical professional, a PA with 7 years of schooling under my belt, I don’t need a lecture from a random lady at Walmart about what’s healthy for my daughter. And not that I need to justify my parenting decisions, but my daughter had already taken a morning nap at home, she was just relaxed from being pushed in the cart. I just smiled and walked away. I wish I would have told her off!

5. Formula is not poison

After trying everything I could to breastfeed my son, pumping, nipple shields, etc, we had to switch to formula. When I ran into a family friend who thought she was hot stuff for getting a job at the WIC office as a breastfeeding consultant, she proceeded to momsplain all the things I should’ve done (as if I hadn’t tried already) and made it sound like formula was the worst thing I could put in my baby.

I took my then 10 day old to Mall of America to meet my co-workers for coffee and get out of the house for a bit. It was February in Minnesota and an older woman came up to us while the baby was perfectly content sleeping in the stroller and demanded to know what I had to cover her up. I explained she was layered up and I had plenty to keep her warm, we parked in the structure, she was never exposed to the elements. Then I got “She’s practically brand new. She probably shouldn’t even be in a place like this yet.” To which I just ¯_(ツ)_/¯ and ignored her until she walked away. We took her to very public places since birth (like Target at 3 days on the way home from the hospital) and she’s 4 now. She’s never been sick, had an ear infection, had a fever or needed to go to the doc for anything other than a well-check appointment. She’s got a pretty dang strong immune system. Probably because I took her to Mall of America at 10 days old.

3. He kinda deserved that

My mom’s milk supply dried up when I was around 3 months old. Dr. said no prob just do formula instead, this wouldnt be a problem except I was allergic to formula…every brand available at the time (which wasn’t a lot back then) caused me to projectile vomit. So I drank plain old cows milk, gained weight go healthy and all, till the Dr found out and threatened to call CPS on my mom for “abuse” so she let him feed me some formula, which I then projectile vomited all over him within 20 mins. He didn’t make that call.

2. You can’t win with some people

I was sitting on the blood pressure machine chair to bottle feeding my 10 week old in a grocery store, a woman approached to tell me how bad formula was for my baby and that it is selfish for me to not breastfeed. My response of “this is pumped milk in a bottle.” Seemed to warrant an eye roll and a look of disbelief so I took the bottle from my baby and began breastfeeding her response? “Well that’s not necessary to do in public.” I wanted to scream but I just looked into my daughters eyes and ignored her until she walked away. Damn lady you don’t want me to breastfeed in public then don’t say anything about a bottle.

I’ve been teaching group fitness classes for several years and, with my doctor’s support, continued to do so when I found out I was pregnant. When I was visibly showing, one lady informed me that I should probably stop teaching and exercising because I would cause my own miscarriage.