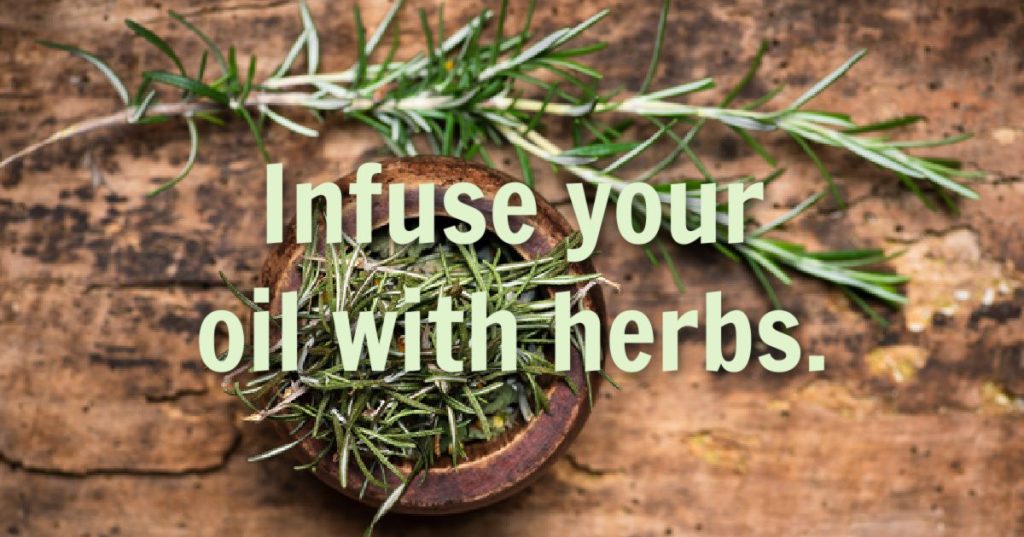 14 Ways To Step Up Your Popcorn Game

There’s not much that’s better than a big, delicious bowl of popcorn. Sure, it’s great at the movie theater, but you can also make the delicious, easy, treat at home, too.

Some people like it plain, others like it drenched in butter and salt, and still others enjoy making it fancy, but however you pop your corn, there’s always room for improvement.

If you’re looking for ways to step up your popcorn game, here are 14 cool suggestions from Claire Lower at Lifehacker! 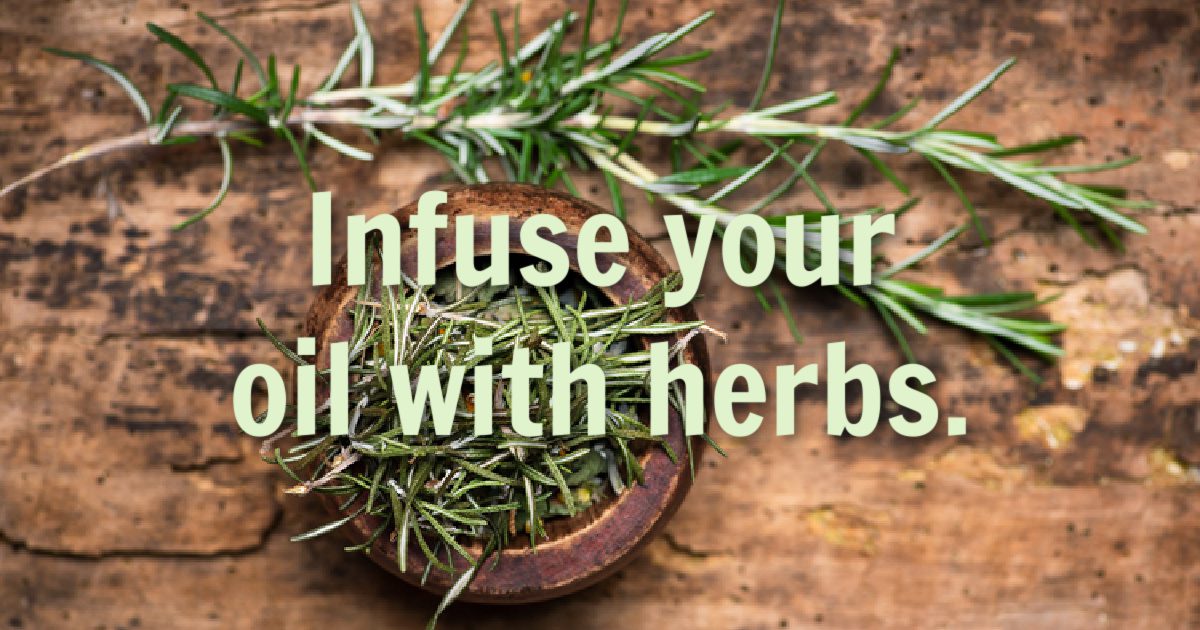 If you’ve got some extra herbs – such as rosemary – lying around, you can toss a whole bunch of it into the pot as you heat your oil and test kernels.

“Handfuls of these herbs can be tossed in your popcorn pot – along with three test kernel – where they will infuse the oil while it heats. I know I usually say you don’t need test kernels, but if you put all the popcorn in with the herbs, it will be hard to remove the herbs once all that corn starts popping off.” 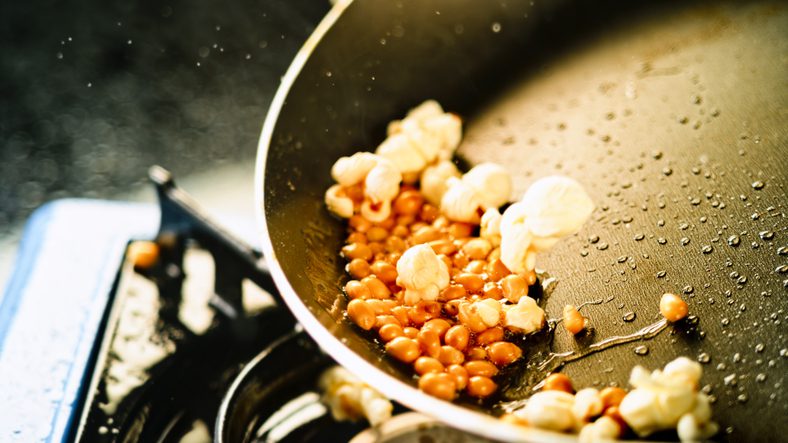 A lot of oil – perhaps more than you think – is required to get crispy, crunchy popcorn.

There are two methods of “measuring” oil – one that’s a ratio of 1/2 cup of oil to every 1/3 cup of unpopped kernels, and one that’s simply to pour the oil until it comes up around the curve of the pot before adding popcorn until it’s barely covered.

12. Play around with your butter.

You can add different sauces (like soy sauce, hot sauce, or even maple) but you’ll want to emulsify them with your butter before adding them to your popped corn.

Most of them are water based and will make your popcorn soggy if given the chance. 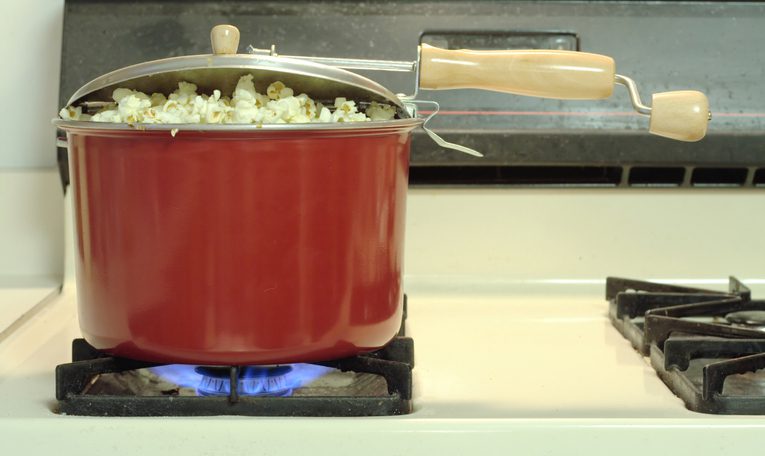 Kernels fly up when they pop, settling naturally on top of the ones that still need to pop.

You don’t need to shake anything up and no, you won’t burn the popcorn if you just let it do its thing.

10. Let me tell you about popcorn grits.

“I have no regrits. My only criticism is that they lack the toasted, sweet aroma and flavor of corn that has been nixtamalized, but they’re still better than 80% of the grits I have been served in Portland. They’re smooth, creamy, corny, and a little cheesy, and they take about 12 minutes to make.

If you use bacon grease or other kind of meat fat in place of your neutral oil, the flavor will come right on through.

If you’re from the Midwest (or like watching Molly Yeh on the Food Network) you’re probably aware of the controversy surrounding popcorn salad.

But just hear her out.

“Joel and I have shared many meals, both in person and online – some of which have been quite fancy and expensive – but this was by far the most surprising thing we have ever eaten in tandem. In short, it worked much better than it had any right. It was a corn salad, except the corn was popped, and the mayo-coated kernels were crunchy and chewy all at once. I was delighted. I was charmed. I was apologetic.”

I mean…you can try anything once, right?

The particle size of your seasoning matters when it comes to distribution, and distribution is key.

Pulverizing your salt or any other seasoning you choose in a spice grinder will help them cling to the popcorn instead of dropping to the bottom of the bowl.

Whether you pop on the stove or in the microwave, it’s nearly impossible to pop every last kernel without burning a few in the process.

That said, you don’t have to serve them – if you’re using microwave popcorn, just use the slit in the bag to empty the duds before serving. 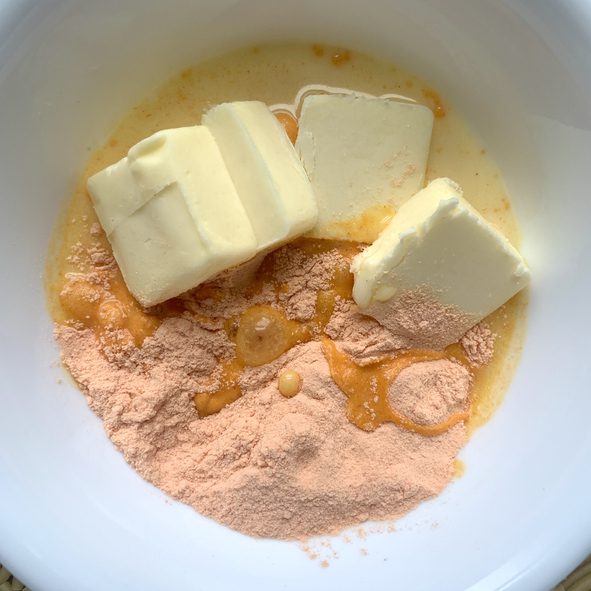 The bright orange powder (that claims to be cheese) that comes with your box of Kraft is actually perfectly engineered to flavor popcorn as well.

“For one, it’s already obliterated to a super-fine dust that clings to each fluffy piece of corn. It’s also a completely developed flavoring agent. Macaroni and cheese is meant to be cheesy, yes, but it’s also meant to be creamy with just a fair amount of lactic acid induced tanginess. The mac powder brings all these flavors to the bowl, eliminating the need to tweak with any extra salt or butter.

You can season, dehydrate, and pulverize tomato and bell pepper skins to make tomato salt and paprika salt (or you can mix up your own from your seasoning cabinet).

3. Or even Taco Bell salt, if that’s your thing.

Taco Bell salt is made with your leftover Taco Bell hot sauce packets.

Combine with some cheese powder and tomato salt to make Popcorn Bell Grande, and thank us later. 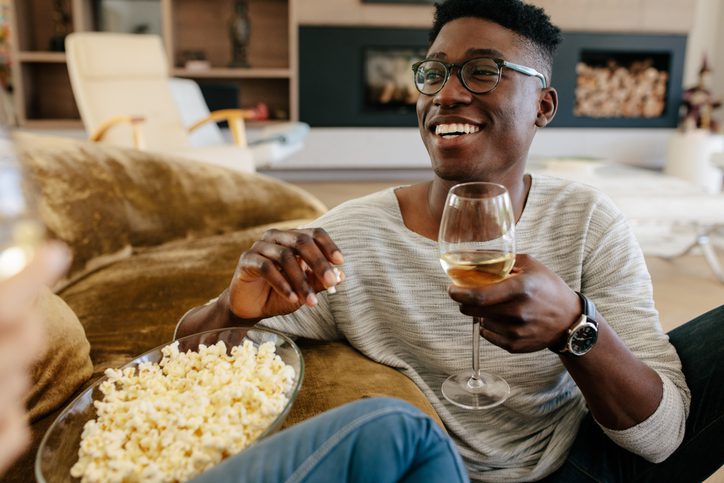 Season your popcorn with pulverized dried capers and fresh lemon zest, and prepare to be amazed.

“It’s salty, piquant, and heady, and perfect with a glass of crisp white wine.”

1. Douse it with anchovy butter. 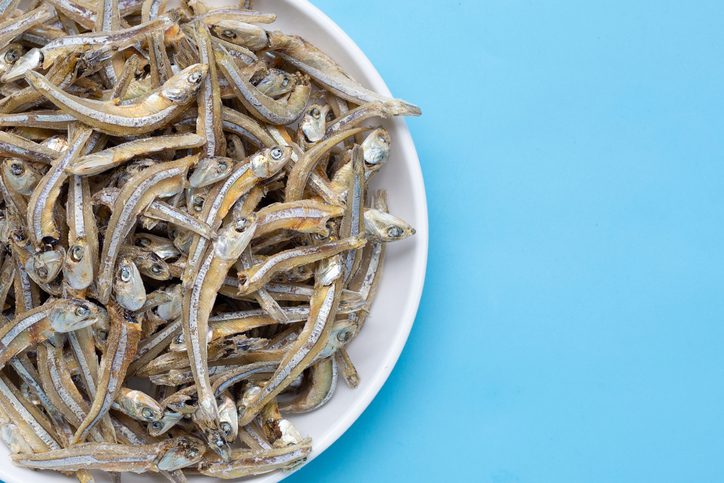 Kids of the 90s, it’s time to stop listening to the Teenage Mutant Ninja Turtles and time to start showing some love to tinned fish.

Add a little fish to a couple tablespoons of melted butter, then cook it together until you can smash the fish into the fat.

Drizzle it on your popcorn, find your courage, and give it a go.

I’m definitely going to try some of these on our next family movie night!

Which ones are you going to try? Do you have yummy recipes to share? Our comments are open!