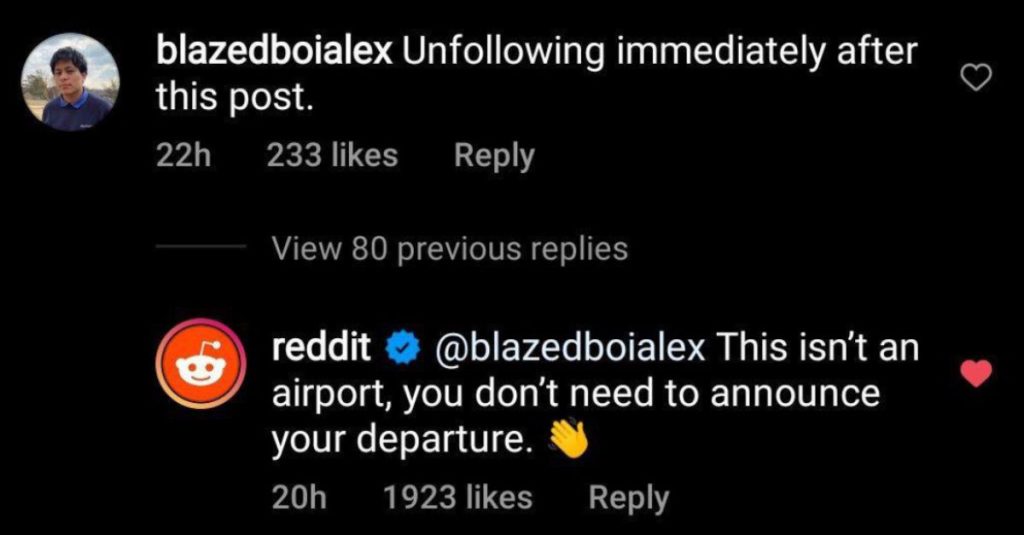 15 Jokes That Backfired in Hilarious Fashion

You know when you have the perfect comeback, or a joke you know is just going to fire on all cylinders?

What might be even better, though, is when you come up with a comeback to someone else’s great joke in the moment, like your brain is just working at top-notch capacity.

So please, enjoy these 15 jokes that backfired spectacularly. You know you want to!

2. Saying you’re leaving is not a flex.

Literally no one cares.

3. There’s nothing wrong with riding the bus.

But if you can’t take it, don’t dish it out.

4. We really only care if you buy it.

You don’t even have to read it.

Why stop there? Buy 10 copies and burn them, that'll really show me https://t.co/Tw8ufSRMfX

This is well known in the academic community.

He started it, she finished it.

We’re all old now so.

Getting owned by their own kids from clevercomebacks

Also that’s none of your business.

You’re not wrong… from PoliticsPeopleTwitter

Someone will always step up to prove you wrong.

Simple math to hard from clevercomebacks

11. Somebody failed their freshman English assignment.

They probably think the monster’s name is Frankenstein, too.

What’s Frankenstein about from facepalm

Nice try though, I guess.

She got played by her own words from clevercomebacks

And each one is funnier than the last.

A great follow-up to a classic from MurderedByWords

I just want a hug from facepalm

Just give him the finger like a true American.

Sometimes you can find some gold in YouTube comments. from MurderedByWords

Have you ever witnessed an epic backfiring like this? Tell us the story in the comments!