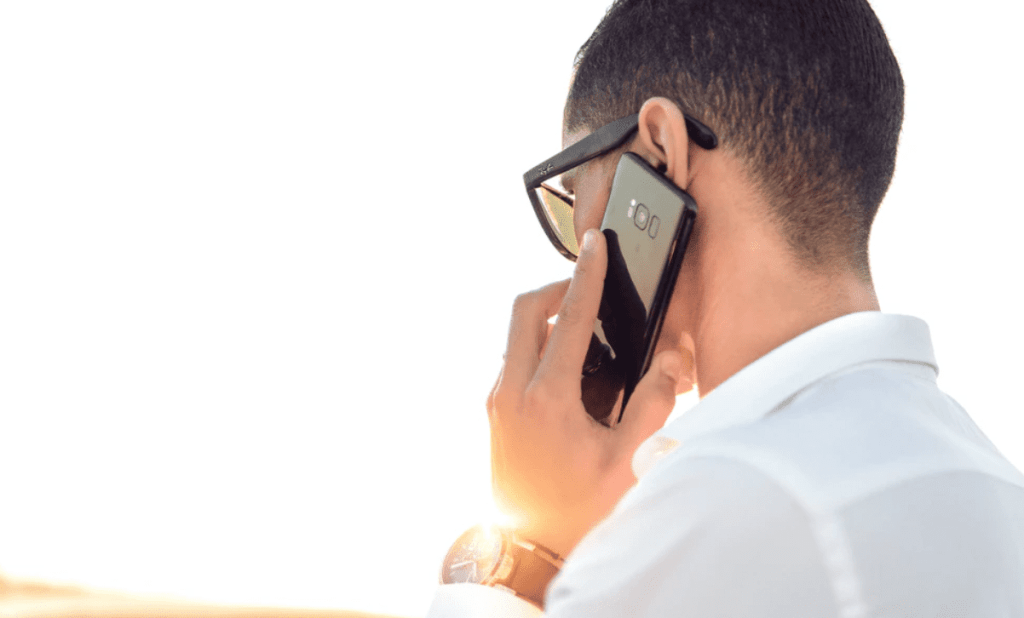 I have to say, I’m kind of annoyed that I’ve never received a wrong number call that actually turned out to be something interesting or took an unexpected turn.

Not ever in my whole life.

Does it say something about me that this is what I’m really wishing and hoping for in my life? Please don’t answer that question…

Here are some pretty hilarious stories from folks on AskReddit about wrong number conversations.

“Whoever used to have my number still uses it on forms and stuff. I get calls for debt collectors, dentists, etc.

One day…I get a call from a bail bondsman. This lady’s boyfriend has skipped bail, and she’s on the hook for 50,000

Scared the shit out of me.”

“I woke up to a MASSIVE string of texts accusing me of being the man that was cheating with someone’s girlfriend or wife. (I’m a woman, I didn’t work at the place mentioned).

They were super apologetic when I text them back in the morning on the plus side.”

“I had a similar experience. I have the same name as a cardiologist in NYC (I am not a doctor).

When I get to my office one Monday morning there were 3 or 4 messages from some guy who was wheezing and sounded pretty desperate saying that the medication was not working and made him dizzy.

When I called the doctor to let him know, his response was basically “why are you bothering me with this nonsense – I am not even in my office today, I will call back the patient on Tuesday if I feel like it.”

I was so stunned I forget to tell him that he was a flaming asshole.”

“That happened to me. People would leave messages for some woman named Karen even though I clearly said a different name on the voicemail.

Their dog, Louie, has worms. Several people called for playdates with their son Trent. They owe money to a contractor. Her pap smear came back irregular.

5. Now you have two grandmas.

“Back when I was a kid, we lived 3,000 miles away from our grandparents so we didn’t get to see them very often.

One evening the phone rang, I answered and had a really nice chat with my grandma for about 10 minutes.

She called me the wrong name to say goodbye and I was confused and we both realized she’d dialed the wrong number.”

“Had a whole party call my number and sing me Happy Birthday over the phone. I didn’t have the heart to stop them midway so I stayed quiet until the end.

“Sorry guys but my birthday is in December, not June” We had a good laugh about it and that was that.”

“Someone phoned my parents landline, in tears, saying that they had proof that my husband was having an affair with his girlfriend. I explained that I was 14 and my parents were in their 40s.

He apologised for having the wrong number and hung up.

This was around 17 years ago.”

“I remember getting a wrong number call a few days ago.

They introduced themselves in a very intimidating manner, stating that everything spoken over the phone would be recorded and used against me in court. But then they asked for “Rebecca” and I mentioned that they had the wrong number.

Their tone of voice COMPLETELY changed afterwards and they apologized and hung up.”

I answered and an older woman just starts speaking Spanish SO FAST, I had no idea she was actually talking at first. I said “hello?” and she started to repeat herself but she stopped and I just said “sorry, I think you have the wrong number” and she goes “sheeeeeeeeiiiiiit!!” and promptly hangs up.

This happened two more times before she apparently fixed the contact in her phone LOL.”

“I got a call that said Restricted Number. I don’t usually answer unknown numbers but this one I was too curious.

Caller: Is this Detective Angles?

Caller: [long pause] …Are you a detective?

And she hung up. No laughter, she sounded dead serious. Clearly an adult on the other end.

It was so bizarre.”

“I got a text on my new phone that said “WYD BB Girl?”

Phone rang in like 2 seconds… he was pissed when a guy answered the phone and told me I was an asshole for making him panic.”

“I got a call in college (back when we had landlines) from some guy asking for Amanda. I’m not Amanda.

He got kind of sad and explained that some girl named Amanda gave him a fake number and I sat and talked to him for a few minutes where he sobbed about how lonely he was and how he really felt like he connected with this girl Amanda but she didn’t feel the same way obviously.

I talked to him for about 15 minutes then had to leave for work. Felt really bad for the guy.

Fast forward a year. At that point I had a new number, again a landline. Guy calls and asks for Tammy. I’m not Tammy. Then he launches into this story about how he really felt like he connected with Tammy and she must have given him a wrong number.

Apparently guy was just going through the phone book looking for women to feed this sob story to so theyd talk to him for a few minutes.”

“One time I got a call from an unknown number and I decided to answer it.

Might as well, you know? Anyway I answered. “Hello? Who i-“ but was cut off by the exasperated woman on the other line. “Sorry I just need to vent right now!” They clearly thought I was someone else but it’s weird they didn’t speed dial the number in their contacts.

They went on to explain their day which was certainly below average. I won’t go into too much detail out of respect (and because I don’t remember too much). It did involve a coworker hitting on her in a way she wasn’t comfortable with and bakery items meant for someone special getting smashed and soaked in street water.

After she was done she took a breath and I told her that I wasn’t who she meant to call, but what happened sounded like it sucked. She did seem surprised! She was asked where I lived (not like that) and I said Arizona. She said she lived there too, which was a shock.

“In the early ’90s our home phone number was off by one digit from a local movie theater. People called all the time so we’d give them the correct number.

I remember one time a guy asked us to just read him the shows/times from the newspaper anyway.”

“Literally today I called the wrong number trying to set up a dental appointment.

Old lady on the other line “Well I guess I could get my husband to work on your teeth if you want, he’s not a dentist or anything though”.”

“I’ve had a few. I got my own cell line once I hit 18, pretty much, and the number I got used to belong to a woman named Sandra

I know she was pregnant as I had gotten calls from strangers congratulating me on it, and after realizing I had no idea what they were on about, would ask if I had her new number. Dumb request, imo, but I mostly ignored it.

I also got voicemail a few times from her place of work, and one sounded very serious. From what I could gather, she was a nurse (or at least worked at a hospital) and they were trying to get her to cover a shift. I called back trying to be helpful, but the person who answered was mostly annoyed.

I got a call within the last year asking to speak about ‘my son’ and how he’s in trouble, I’m assuming the same kid from almost a decade ago is getting into trouble at school. Why they listed such an old number, I don’t know

Lastly, I still get calls for her and her husband’s prescriptions. No idea how many times I called to correct them, but Franz and Sandra have some set up for auto-refill. I haven’t gotten a reminder in a few weeks, so maybe a pharmacist spoke to them finally.”

In the comments, tell us about the most interesting wrong number calls you’ve ever received.

Or ones where YOU were the person who called the wrong number.