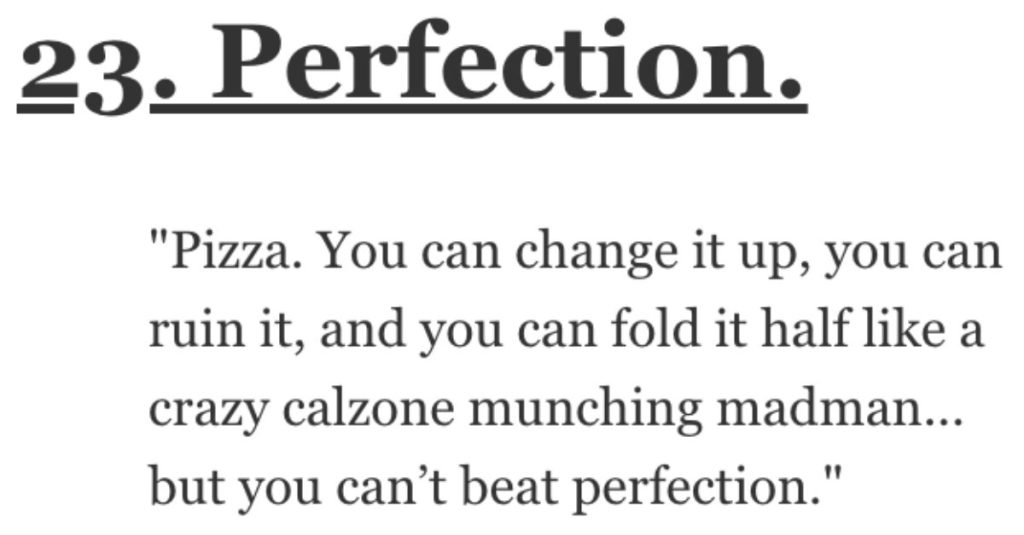 I’ve never thought about this question before, so I’m pretty excited to see what kinds of responses people came up with!

And I’m curious to see what you think, so please reply in the comments after reading through these!

What invention is so good it can’t be improved upon?

Dead inside? You know it, hoodie.”

Leaves no reside when ripped up, extremely heat resistant and strong, but expensive as all hell (used for film projects).”

Even ones found in ancient Egypt and elsewhere are basically the same design.”

Any thicker, and it’s fake.”

They perfected it 15 years ago so they haven’t made a single change since.”

I was at my cottage over the weekend and I had to cut some grass. I forgot my lawnmower but I had an old scythe in the garage that I inherited a long time ago. I was just keeping it as a decoration and momento and never thought of actually using it.

I was bored and I had some time so I sharpened the blade and went to work.

I don’t know the first thing about scythes or even how to properly use them … I just started swinging it.

I couldn’t believe it actually cut grass and weeds. The longer I worked, the more detailed I could get with where I swung it.

Two hours later, I had cut the lawn, cut down some tall grass on the edge of the property and had started cutting down some light brush that I thought I needed a brush cutter for.

This scythe must be decades old but it still works better than my lawnmower, edge clipper and brush cutter … all without a motorized engine.”

The absolute tool of perfection for rapid transfer of force within a very short amount of time.

There is nothing to improve upon.”

It is still used in virtually every tire on the planet. And now you know its name.”

We’ve been trying to improve it for almost 2 million years.”

What are you going to do?

“Crocodiles, or “any apex predator that lived through the K-T extinction.

Physically unchanged for a hundred million years, because it’s the perfect killing machine.

A half ton of cold-blooded fury, the bite force of 20,000 Newtons, and stomach acid so strong it can dissolve bones and hoofs.”

“Scissors are the perfect tool for cutting and shaping material that will likely never be improved upon.”

“I’ve heard the Pin setter machine in bowling Alleys has never had a redesign.

It was perfect already.”

A simple and elegant way to prevent odor from coming into your house via sink, toilet, etc.”

Until they can beam something directly into your head, we kind of hit a dead end for perceived sound. The simplicity of what a cable can do by allowing both AC and DC power to flow through so you can power and draw signal from a microphone.

Plus the fact it’s so simple to remove the noise you get from outside interference makes it even more genius.”

“Those bones they use for tanning leather.

It has been made of mud, then mud with straw, then mud with clay, then finally with clay alone. That is as far as progress has taken the brick, in the (guess) 8,000 years since it was invented, and it is still in use today.

Someone, lost in the obscurity of ancient history, realized that you couldn’t build really strong stone structures with irregularly-shaped small natural stones, and hewing huge lumps of stone into regular shapes was just ridiculously hard work.

That person also observed that mud that fell into a fire was left hardened when the fire died down. So they figured that if you shaped mud into regular shapes, big enough to carry one in each hand, you would have all the advantages of small irregular stones and large geometrically-carved stones, but with none of the drawbacks of either.

This thought must have taken a second to dawn on the inventor. The practical work to prove the concept must have taken a weekend, at most. Perhaps a week or two to get the shape just right. And here we are, thousands of years later, and the d*mn thing has barely changed at all.”

You can change it up, you can ruin it, and you can fold it half like a crazy calzone munching madman…but you can’t beat perfection.”

“Most professional classical music instruments are already in their final stage like piano and violin.”

“The spoon is a pretty incredible invention.

It can often sub as a fork or a knife, and it has a great name.”

It really hasn’t changed in thousands of years.

There is no need for change.”

My engineering professor always lectured us on how perfect the design is and how and new changes made are strictly aesthetic and don’t work any better.”

It is such a useful way to convert heat into electricity that it would not be surprising to see one strapped to a fusion reactor (if one ever get built).”

“Gonna have to disagree with the TV remote.

It needs sharp pointy bits so people know when they’re sitting on it.

Also, less of those buttons that serve no purpose but to confuse grandparents.”

What do you think are inventions that are so good they can’t be improved upon?