28 Years After Divorcing, this Man Still Mows the Lawn for his Ex

Divorce is difficult, even under so-called amicable circumstances. Adults involved in a failed marriage may have time to face their disappointments and start new lives. Children, on the other hand, are often blindsided and left to navigate divorce on their own. Their love for both parents doesn’t change easily, even if their parents aren’t in love with each other anymore. Unfortunately, there’s no way to get around it; kids are little witnesses to what happens when mom and dad decide their differences are so vast, the family must split apart.

For Codie LaChelle McPhate, her parent’s divorce may have divided the family, but the respect and kindness did not end. 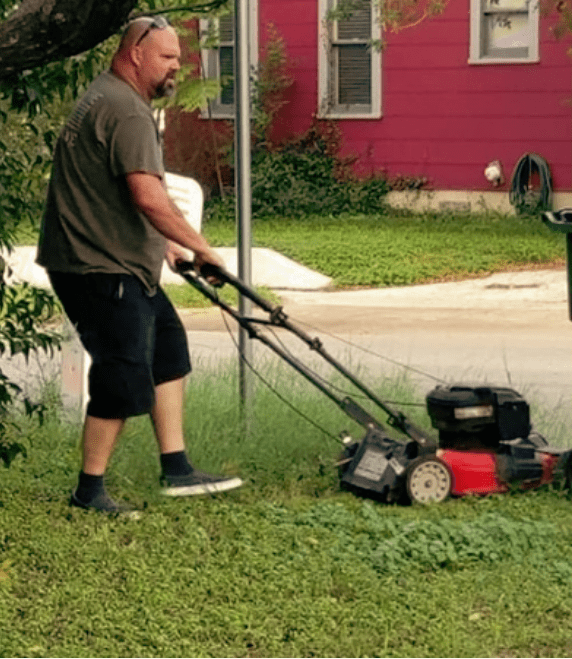 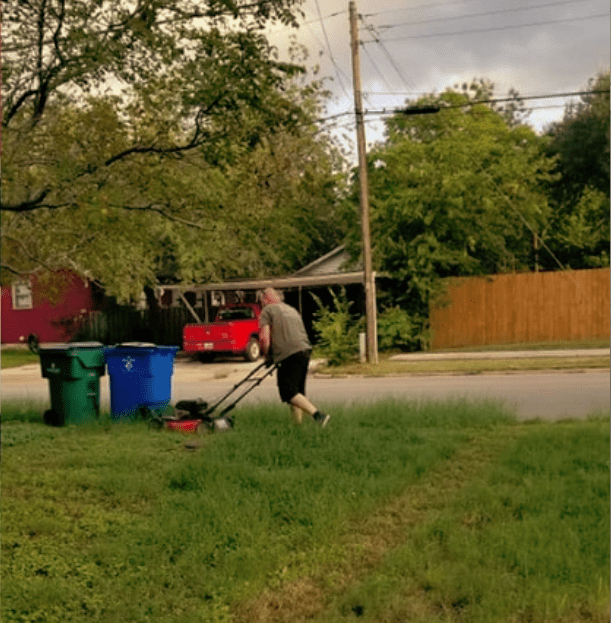 McPhate’s mother’s bad knees prevents her from mowing and her husband, McPhate’s stepfather, works out of town. Rather than ignoring a problem he knew his daughter’s mother had with yard work, McPhate’s father chose instead to show love by helping. 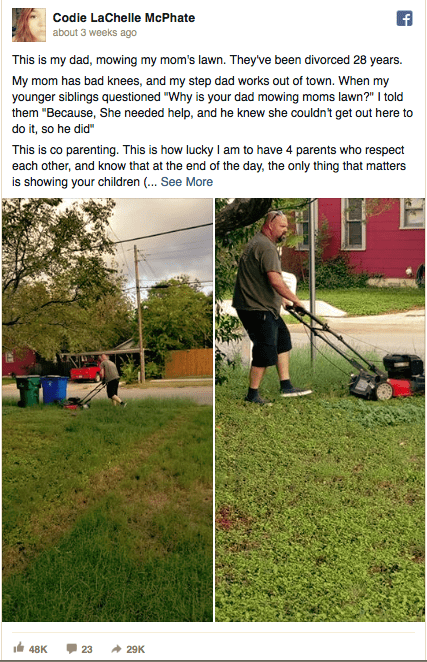 “This is co parenting,” 32 year old McPhate says in her post. Despite her parent’s divorce, which happened decades ago, she considers herself lucky. She grew up knowing she had parents and also bonus step-parents who made mutual respect a priority. To this day, she offers them as an example of how to treat people and love family. 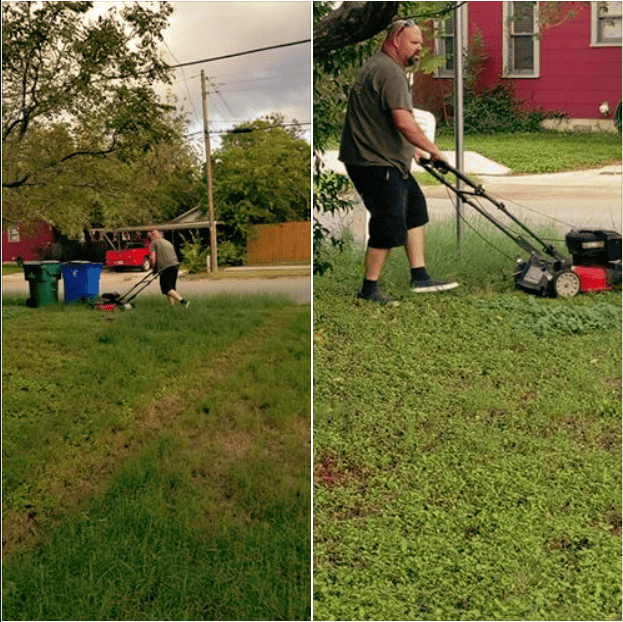 McPhate noted her dad thought it funny his actions went viral. “I’m no saint,” he said. “We should all choose kindness whenever we can.”

Her parents never told her why they got divorced, and they never bad mouthed each other.

“I’m very fortunate to have such amazing parents,” McPhate told Love What Matters. “I know my moms and dads would do anything for each other, because we’re family.”