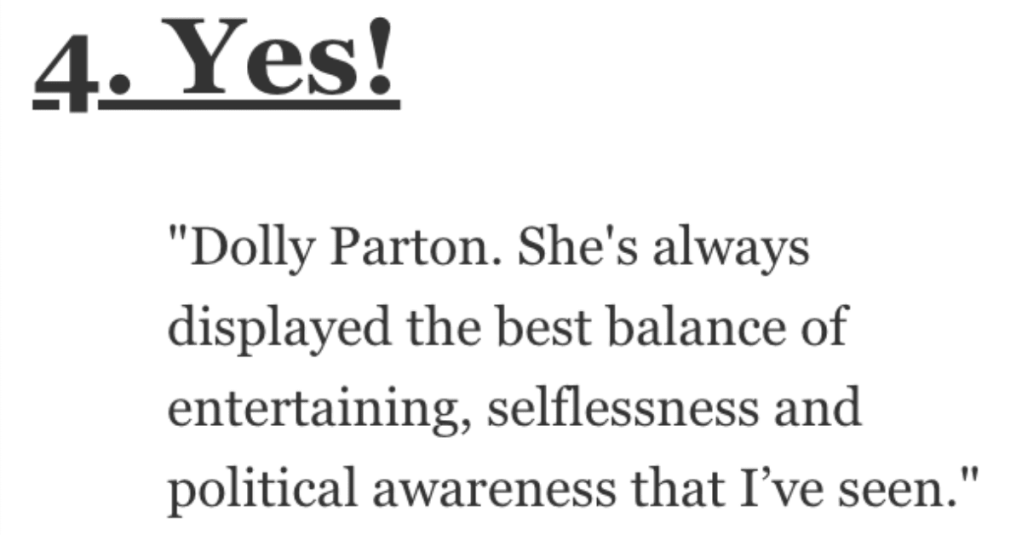 34 People Discuss Who Should Represent Humans During an Alien Invasion

I think we all kind of assume that we’re going to encounter alien life at some point in the future (if we haven’t already), but there are about a dozen ways that meeting could go down.

If the aliens showed up all peaceful like, though, and just asked for a meeting, who should we send?

These people have some ideas, and I bet that some of them will surprise you.

Honestly I would 100% vote for a normal person other than a celebrity.

Like yeah lots of these responses are celebrities people generally accept as super nice.

But they’re still celebrities and far removed from what the average person experiences on this planet.

Mr. Rogers. Just lock them in a room and show them videos of him

What if he was an alien? He was over the top nice and truly remarkable. Maybe you just locked them in a room and showed them a video of their great uncle.

My hospital’s chief of neurosurgery. He knows EVERYONE. Orderlies, EVS, nutrition, all of the nurses and the techs. He’s never too busy to say hi to anyone. Call me “my first name”.

He knows all of his patients, their families, tells them to call him anytime. Amazingly skilled surgeon and doctor. He will go to funerals. And he’s a fucking genius; started a brain tumor repository to share information all around the world and try to help people.

He would be out best human representation.

She’s always displayed the best balance of entertaining, selflessness and political awareness that I’ve seen across the board.

Is it weird that I really love her but I just can’t get into her music? She is am amazing person that’s for true.

Since they came to me, I’d just say that it’s me.

I’d say “hey there. What brings you to our planet? We may need a helping hand in a few areas. Would you be willing to help?”

If an intelligence that can travel the galaxy but we haven’t even been able to detect yet, if they’re bent on harming or subjugating us, we’re not going to be able to stop them, let’s keep it real.

Weird Al Yankovic, because if anyone can bridge the gap between humans and aliens it’s him.

Patrick Stewart – i mean he probably still has the uniform.

And the aliens be like “omg they sent Picard”

The guy around the corner from my house. Guy is always in his front yard chatting up any people that come by, everyone always leaves his house with small bags of oregano too!

She never met a stranger and anyone who entered her home left with a full belly, a lipstick kiss on the cheek/forehead, and leftovers for literal days.

She lived down the road from me in college and would bake pies for all of my professors, make my friends tubs of fried chicken, spaghetti, casseroles of any and all kinds.

She made you feel like a million bucks while kindly and gently letting you know where you were messing up in life. Took no s*%t and gave everyone her all.

Those aliens would have NO idea what to do with themselves.

This is why she’s the right choice. She’s all about peaceful domesticity until things get real.

The Doctor would be able to talk to aliens because he has talked to aliens.

12. They will be powerless.

The voice alone will get them.

He’s built like a happy meatball, and can chat you up for 10 minutes while you’re laughing for the entire conversation.

I think people forget that just because someone is well known by the people doesn’t make them a guaranteed person to do something for the world.

And no I don’t mean Rowan Atkinson, I mean Mr Bean.

Lot of uncomfortable silence at that meeting.

Myself. Not because I’m self centered, I just figured it was time I got off my ass and did something.

So yeah if they come just hit me up and I’ll be there.

Mark Zuckerberg! They lick their eyeball, he licks his eyeball.

He’s with them, so we turn him in.

I mean be humanity’s diplomat to the stars.

Without a question, Jane Goodall.

A regular diplomat would only be competent with human interactions.

A behavioral biologist would understand the need to fundamentally reevaluate communication for a different species.

Except he’s probably the one stepping out of the ship…

My father-in-law…fair and just and a person of his word unto death. Most trustworthy person I ever met.

Can they be living or dead? Bc Steve Irwin.

Croikey, would you take a look at that alien! I’m gonna touch it.

He’d probably recognize a couple of them.

Also he’s the most expendable.

No reason except that he is exceptionally charismatic.

Rick Astley so that their first impression of Earth is just being rickrolled.

Alien spaceship hovering over what they identify as the center of our worlds power… a McDonalds restaurant.

World powers convey in the restaurant car park, massive speakers ready to blare out Rick Ashley’s “Never gonna give you up”.

Skip to 3 days later. Millions of alien space ships descend on Earth in an equidistant pattern that spans the entire globe. In a gesture of friendship and communication, the space ships play the song repeatedly for 4 months, with a sound range enough to cover all the distance in between each spaceship.

The world is now essentially a giant Bluetooth speaker blaring out Never gonna give you up on repeat.

Your plan has backfired.

Some guy with severe disabilities so they under estimate us and we win the coming war.

Whatever day the Aliens arrive, that date needs to be entered into Google and the Florida man from the 1st article will be summoned.

Unlimited PBR, Budweiser and Natty will be provided for this meeting.

Also freshly extracted from the ass baggy of crystal meth, QP of the finest middies from the city, an old prescription bottle filled to the brim of X, about 7 grams of fentanyl laced heroin w/ the brand new never used for drugs spoon he stole from the thrift store, a 2 liter Mountain Dew and 9 rox from Jerry on MLK Blvd…..

That dude who keeps pulling napkins out from under other objects then stares at the camera all crazy.

Neil Gaiman. I feel like he would know what to say.

Wouldn’t make much sense sending someone with a language really, better to communicate in frequencies…

Jeff Goldblum. I feel like he’d have some great stories to tell them, and he’d be super interested in anything they have to say as well

So long as they introduce him as the Grand Master exactly the same way he’s introduced in the movie.

Dolly Parton would be a solid person I would say. She chill.

If anyone can make aliens dance, it would absolutely be the loop daddy himself.

34. He wants to watch the world burn.

Gorden Ramsey. I will not explain my thinking. But it would be funny for multiple reasons.

My reasoning are beyond even my understanding. I just really want them to think thats how everyone cooks.

I don’t know some of these people, but as long as it’s not me, I’m honestly fine with any choice.

Who would your first draft pick be if it was up to you? Drop your nomination in the comments!