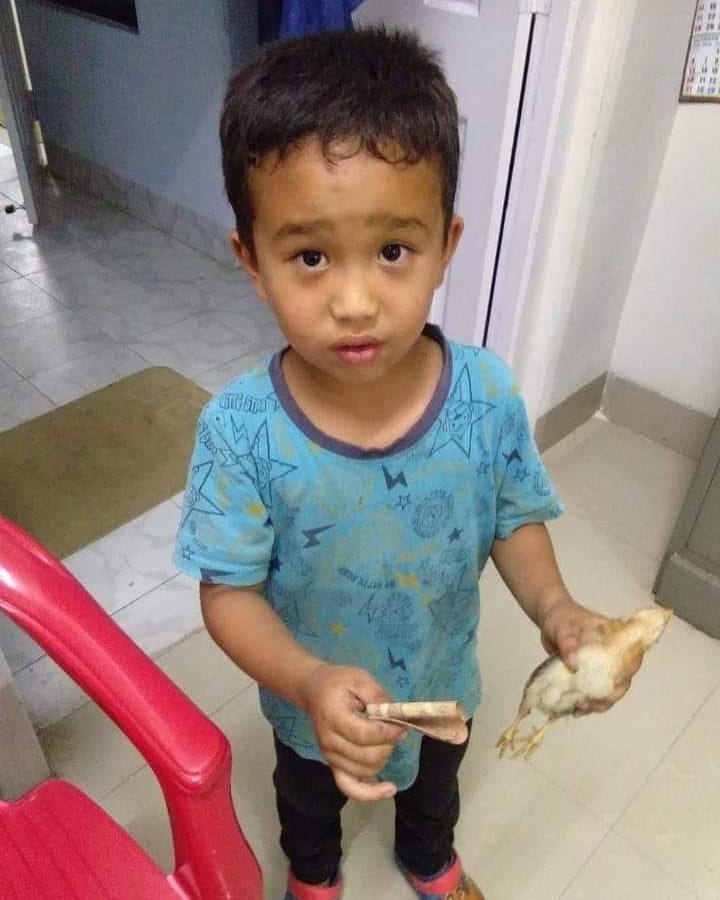 6-Year-Old Boy Accidentally Runs over Chicken, Then Rushes It to the Hospital with All the Money He Has

Kids have the purest love for animals — just look at any kid’s face when they first learn that meat comes from cute farm animals! For this six-year-old boy, even accidentally hurting a chicken caused him great anguish.

Derek Lachhanhima is six years old, and he hails from the state of Mizoram in India. One day, Derek accidentally ran over a neighbor’s chick with his bike. He felt so bad that he pleaded with his family to take him to the hospital. The chick was, unfortunately, already dead (although Derek didn’t realize that), so they refused.

But Derek didn’t give up! He ran with the chick to the hospital all by himself, and he asked the staff to help save the chick. He handed over all the money he had: 10 rupees. (That’s about 14 cents USD.)

A nurse at the hospital snapped a photo of the adorable child, and a family friend, Sanga Says, ended up posting it to Facebook. It’s now been shared over 90,000 times.

“I’m laughing and crying all at the same time,” Sanga wrote in the caption.

“He did it out of the innocence of his heart,” Derek’s mother, Lalnunpuii, told reporters.

The hospital was not able to perform a miracle and revive the dead chicken, BUT Derek was honored by his school for his good deed.

Derek Lalchhanhima, from Mizoram who took an injured chick to the hospital was rewarded by his school.

The boy’s innocence, honesty, and cuteness at a time when things are falling apart and there is anarchy everywhere is a ray of hope in an increasing hostile world.

“When he first came to us, we just laughed, never expecting it to become national news or that people will appreciate his action so much,” Lalnunpuii said.