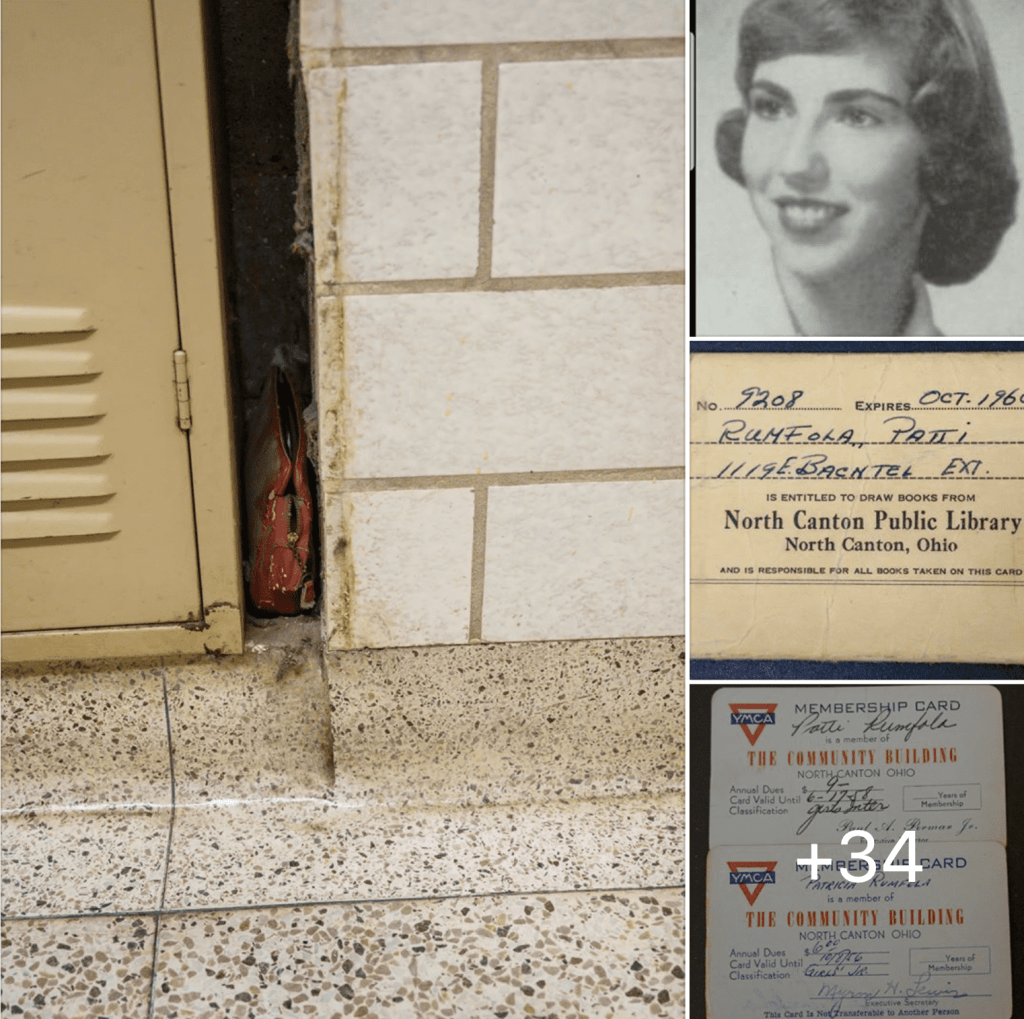 63 Years Ago a Teen Lost Her Purse. Employees Find It and Return It to Her Children.

In 1957, 15-year old Patti Rumfola lost her purse at Hoover High School in Ohio. Inside was some of her makeup and school supplies, as well as a calendar and a few photos. Sixty years later, the purse, with all the contents intact, was returned to Rumfola’s adult children.

The bag was found last year, after all this time, stuck between the wall and a locker.

On Facebook, North Canton City Schools in Ohio wrote thanks “to the investigative work of many of you on Facebook,” the family was located and the purse returned to the rightful owners.

Rumfola had graduated from Hoover in 1960. She died at the age of 71 in 2013. But her five children were delighted to see the purse and gathered to inspect what was inside to see what their mother was like when she was a teen.

“Those of you who may have gone to school in the 1950s or 1960s may have memories of some of these items.

In one of the photos, you will see nine coins from Patti’s wallet.

Each of her five children kept one of the wheat pennies as a token of remembrance of their mom.”

The post also showed photos of what was inside Rumfola’s purse which included her library, YMCA and American Junior Red Cross cards, stick of Beech-Nut gum, powder and lipstick, and a high school football schedule for the North Canton Vikings.

There were also some photos and a very nice note from a friend named Bonnie.

The school announced last May the purse had been found by custodian Chas Pyle, when he removed trim covering an open spot between a locker and a wall.

In her obituary, Rumfola was noted as a longtime teacher who married John Michele in 1980. She retired in Annapolis, Maryland, and was a founding member of the Theatre Arts Guild and also the Young Women’s Club in Punxsutawney, Pennsylvania.

Although she never knew where her purse ended up, her children loved seeing a part of their beautiful mom they never knew before.