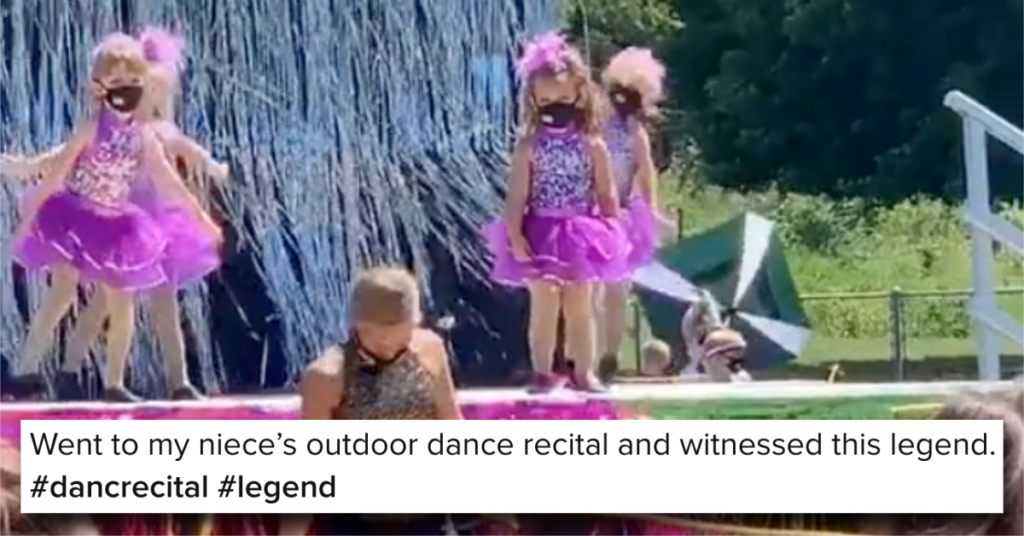 Legends are not made, they’re born…isn’t that how the saying goes? Or something like that…?

Whatever the case, I think you’ll agree with me very shortly that a 4-year-old girl named Charlie will now forever be remembered for her hilarious and defiant attitude that came out in full force during a dance recital that was thankfully captured on video.

The little girl’s name is Charlie and, as you’ll see in the videos below, she stood motionless and refused to move a single muscle during the recital while wearing a tutu for six whole minutes while her fellow dancers got down to business.

Went to my niece’s outdoor dance recital and witnessed this legend. #dancrecital #legend

Charlie’s mother, Tiffany Cosby, didn’t realize her daughter become TikTok famous until a co-worker told her about it.

Tiffany asked her daughter why she stood motionless during the recital and Charlie replied, “there were a lot of people.” Well, she’s not wrong about that…

At the end of the recital, Charlie finally did give in and she decided to dance just a little bit when she was moved away from being front and center…I guess she just couldn’t resist.

With permission from this icon’s mother, @cosbyt8 , here is the only movement recorded during her 6 minute performance #dancrecital #legend

“We were actually shocked she did dance in the finale.

I honestly think it was because she was in the back row.

She is really animated and outgoing if it’s in a small group of people she knows.”

This kid is a riot!

Have you seen any other really funny videos lately that you think you need to check out?

If so, please share some links with us in the comments. We’d love to hear from you!