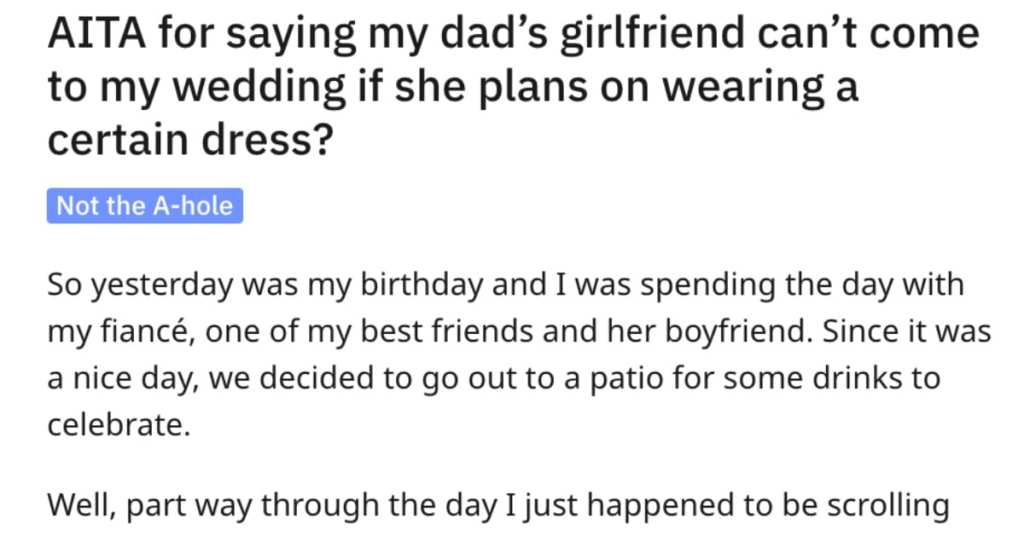 Uh oh…I have a feeling this is going to be a bumpy ride!

Here’s how the story started. 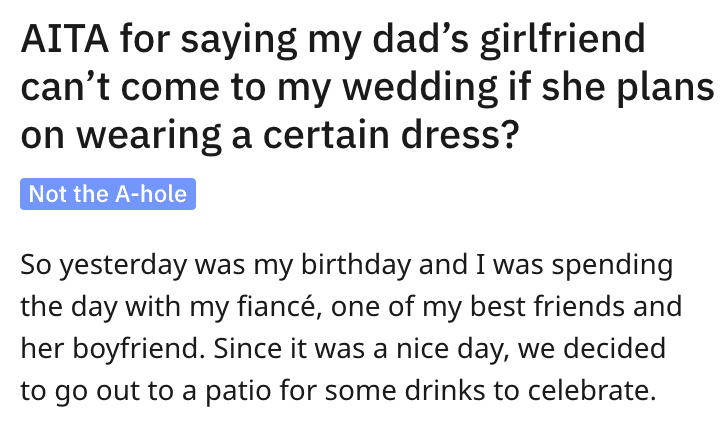 What seemed like a nice birthday celebration went downhill in a hurry, however, when the woman noticed something alarming in her Dad’s girlfriend’s Instagram feed.

And let’s just say it caught her off-guard. 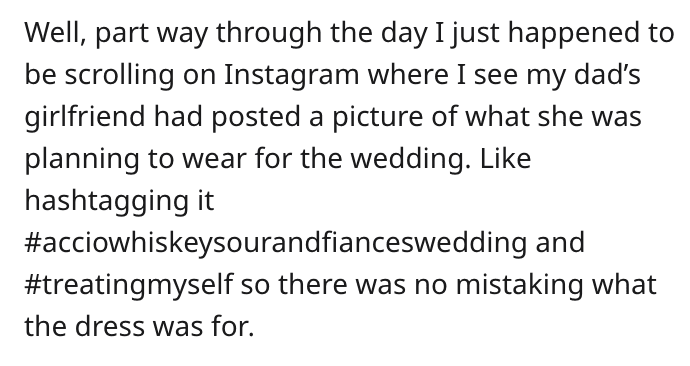 And she was definitely NOT happy with the girlfriend’s choice of clothing.

And neither was her sister.

Later on, the dad’s girlfriend texted the woman a birthday message…and the woman told her how she felt about her picking a dress so similar to her’s…on her wedding day.

And she asked her not to wear it…but she hasn’t received a response. 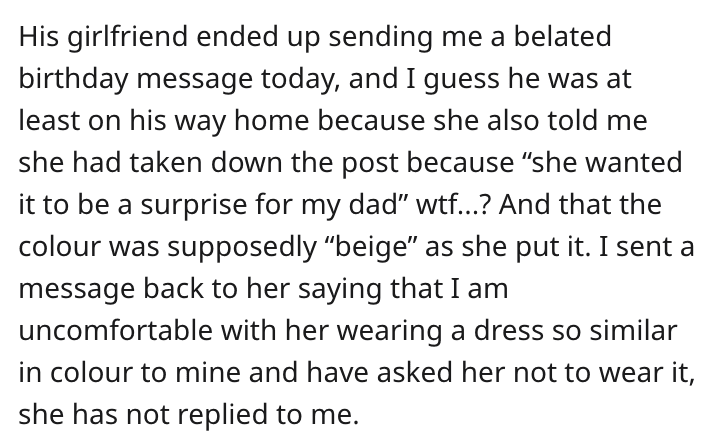 And the girlfriend had already been warned about a similar situation so it’s not like this should have been a conversation in the first place.

And she decided to lay down the law with her dad, as well.

She added that she doesn’t want to be a “Bridezilla”, but this was totally inappropriate.

So… what did the internet think? 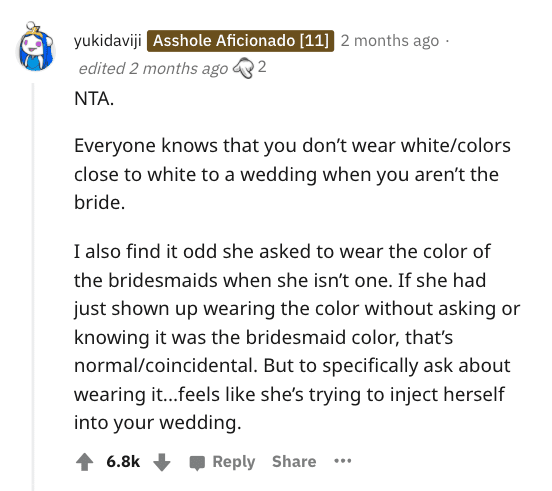 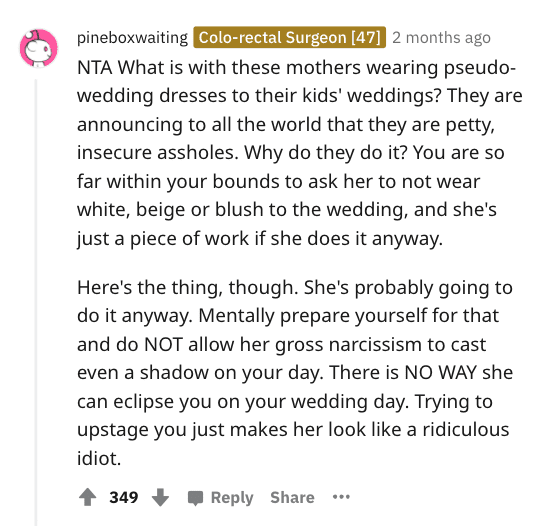 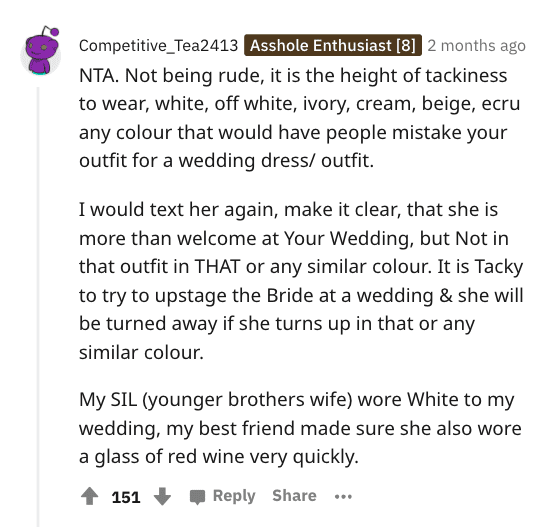 Share your thoughts with us in the comments. Thanks!