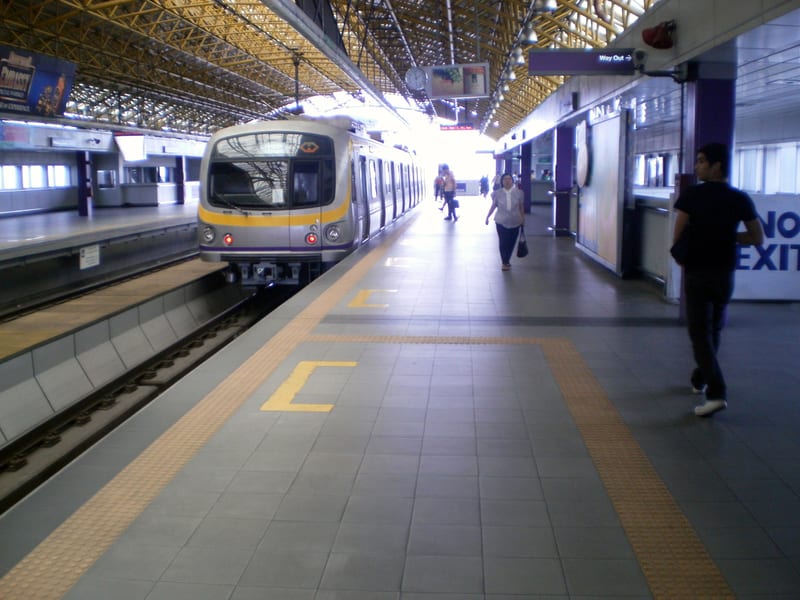 Don’t let anyone ever tell you that the “kindness of strangers” doesn’t exist anymore because, based on this story, I’d say it’s alive and well in today’s world.

A man shared his experience on Twitter about helping out a female stranger in need when he stepped onto a subway platform in the Bronx in New York City. He was approached by a woman who was a stranger to him.

I'm walking to the train a few minutes ago and a woman walked right up to me and gave me a tight hug and whispered quickly, "please act like you know me 3 guys are following me for a while" I played along then walked her 3 blocks home. What an experience for the both of us.

This was obviously a very serious situation and the man had second thoughts, but before he knew it the woman was hugging her.

I’m not going to act like I didn’t hesitate because we’re in New York, people set you up real quick. Her hug was too real to be fake, and three men was following behind at a distance. As walked and talk i realized she was terrified, she kept saying i have to get home to her son.

The woman, and now the man playing the role of Good Samaritan, continued on with the act all the way to her building.

I was walking looking at the debate, at the glance I saw her reaching her hands up, and before I can react she hugged me. After the hug she held my hand as we walked to her building. She apologized for the inconvenience, and I had to tell her it was my pleasure no inconvenience.

The man said he usually didn’t take that route, so it was lucky for the scared woman that he happened to be going that way on that particular day.

Whats crazy, I rarely walk down this block. I normally take one way to the train but the way I took is when I walk my dog. I guess my distraction of me watching the debate led me down that path I rarely take to the train. So I guess I was meant to there at that particular moment.

He also admitted he was taken aback by the unusual situation.

I can only imagine how she feels because this shit never happened to me before and I’m a little taken back. Inwas just going to my peoples how to chill, and this happened. My friends called out the blue and come through to chill. Sitting back analyzing this have me feeling a way.

He also told the woman that she could get in touch with him and he and his boyfriend would be glad to meet her and walk her to safety anytime.

We exchanged numbers, I told her my boyfriend & I would meet her at the train anytime if we’re home. The route she have to take home she has to walk under the train tracks, no other way, plus its dark. She said she would call again, I hope she do. I will call tomorrow to check in

The man/hero then provided an update.

UPDATE
I spoke with the woman. She couldn’t thank me enough. I also thank her for bringing me into the world of women. Apparently the 3 males was looking at her on the train. When she got off, they got off. They followed her 2 blocks, she then went into a store for a few minutes.

The story is actually pretty terrifying and unsettling.

She hoped they would leave. She did notice they left, as she exited she realize they were standing in the pizza shop. She quickly walked and was just seeing women and she didn’t want to another woman in harms way. She saw 2 other men but they were loud and cursing at each other.

She saw me, and noticed I had a smile on my face looking at my phone and that’s when she knew I would welcome her. She apologized, she felt how shock I was at her untiming hug. I told her I thought it was a set up at first, she laughed because she said thatd new york mentality.

The two bonded and opened up to each other.

She said for some one who had no time for process handled everything well. I told her I experienced my dad beating mom from my and we always had to react quickly plus I’m a counselor, we’re trained for those moments. She thanked me making sure she took a different route home.

He also got to meet her family.

I met her 5 year old son, who said thank you Mister. I spoke to her mother as well who was thankful for me being there. I told her the offer still stand if she ever need someone to walk her home from the train station. Her mother was definitely grateful, some nights she work late

The woman was extremely appreciative and put the experience in perspective for the man.

I expressed how terrible I felt afterwards because what if I didn’t take that route, what if I didn’t believe her. She said there’s no what ifs, you were did, please accept being my hero that night, I really thought my son would’ve been motherless & my mother daughterless.

She said, you’re feeling like this, now imagine what every girl & woman feel like. She said you’re a good person at least to me for what you did for my family and I. Somewhere, a woman did something good to you, your presence welcoming from that smile I saw feom your phone light.

The man then gave credit where credit was due.

I said my mom get credit for the man I’ve become. She said one day you’re going to make a woman very safe one day, I said, I’m gay she caught me up immediately and said, i will always trust my life around my gay male friends. She said wait, you did say biyfriend last night ?

I see we will be cool for a while. I didn’t expect this post to touch so many people, I needed to get this emotion out and shared it on my account. This is sad women & girls have to live in this type of fear because us men have created an evironment of toxicity. I will do better.

The Twitter thread went viral and other people weighed in with similar experiences.

I am so glad you helped her. Ppl don’t realize how women have to alter their routes, or wait in buildings for 45 mins, etc. bc they notice some creep is waiting to pounce on them after work. It is dangerous for us.

Yeah, I was in this situation where I kept seeing the same guy just standing there watching me on my walk home from work. Really disturbing. I started taking another path home it scared me so much.

This SHOULD NOT be this common!

A woman tweeted a while ago, “What’s the first thing you would you do, if there were no men in the world? “
A heartbreaking number of women (me included) replied, “I’d take a walk at night.” ?

Good work, sir! Let’s see more of this out there, please!

Now we want to hear from you! What did you think of this story?