Sergeant Paula Pendleton was having a typical day working as a police officer for the Walton County Sheriff’s Office in Florida when a beachgoer handed her a bottle they’d found along the shore. The bottle contained two letters, four dollars, and a bag of human ashes. 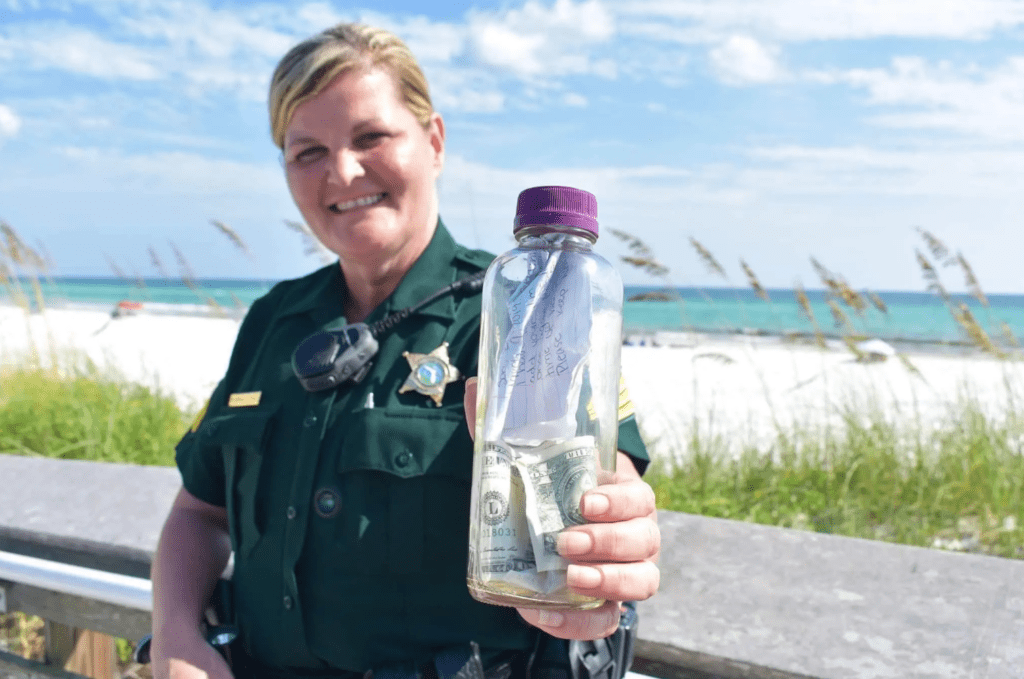 The ashes in the bottle belong to a man named Brian Mullins who died earlier this year at the age of 39. The letters were written by Mullins’ family and contained their phone number. The four dollars in the bottle were meant to cover the phone call so whoever found the bottle would contact them and update them about the bottle, and Mullins’, journey.

One of the letters reads,

“This bottle contains the ashes of my son, Brian, who suddenly and unexpectedly passed on March 9, 2019. More than anything, he longed to be free, so I’m sending him on one last adventure. This bottle was launched from Destin, Florida. If you find it, please call or text me and let me know.

I have left $4 to cover the call. Feel free to add your own note, then kindly set him free once again. My son was 39 years old at the time of his passing and he was deeply loved. Please keep him traveling. 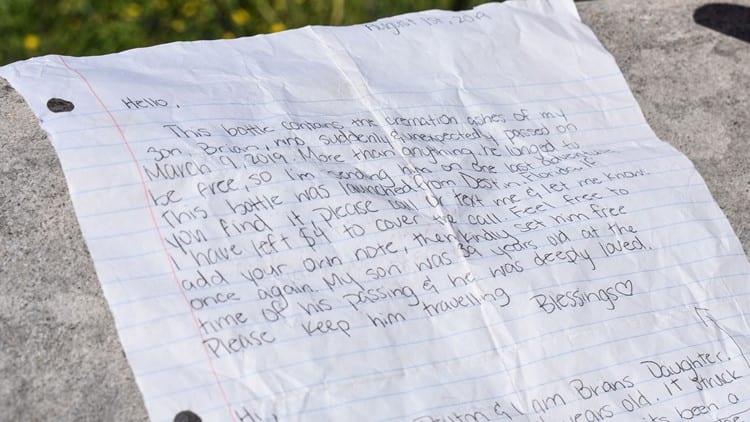 Sergeant Pendleton said that the incident touched her deeply.

“I was overwhelmed with emotion. I sat in here, in my patrol car, and cried like a baby.”

The second note in the bottle is from Mullins’ 14-year-old daughter.

“When my father passed, I was 14 years old. It has struck our whole family pretty hard and, so far, it has been a very hard road. But, like my granny said, he loved to be free.

So, that’s exactly what we are doing.” 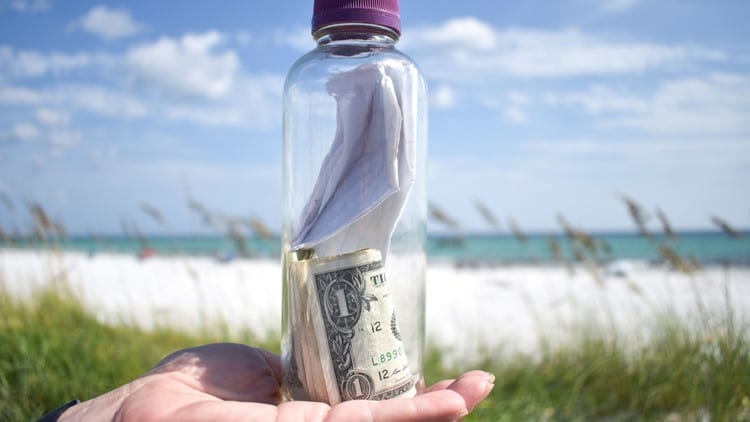 Pendleton contacted Mullins’ family and let them know that she found the bottle and she was going to set the bottle free again far out in the Gulf of Mexico with the help of a friend with a charter boat.

Mullins’ mother Darlene said that her son had always wanted to travel the world and this was their way of helping him see his dream realized.

“We thought it might have been the last we saw of the bottle. But we’ll see where it turns up again.”

What an amazing story! Let us know what you thought in the comments!