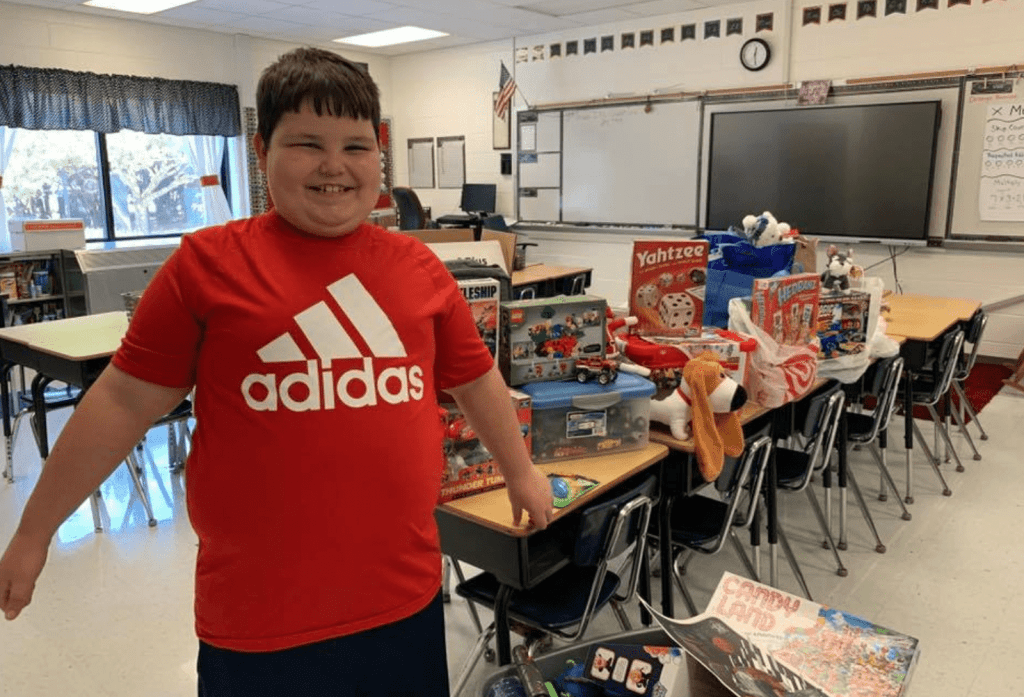 A Third Grader’s House Burned Down, So His Class Surprised Him with Brand New Toys

I only have to refer to stories like this when people complain about kids today and how they supposedly have no respect and no manners. This story throws that theory right out the window.

A third grader in Tennessee named Daniel Hunt experienced a tragedy in September of this year when his family’s house burned down. His classmates learned that Daniel and his family lost everything in the fire and they decided to organize a secret toy drive for him.

One of the teachers filmed the moment when they revealed to Daniel that his schoolmates banded together to get him a whole bunch of new toys. At first, the boy didn’t seem to realize the toys were for him, but once he did, he opened his arms wide and embraced his classmates in a huge group hug.

Watch the video below.

Daniel’s mother Kristen said about the moving act of generosity, “I sat and cried at work for a good 45 minutes. I’m just so overwhelmed at all the love and the community coming together for us. It’s just very overwhelming and a blessing.”

The Hunt family is staying with family members until they can get back on their collective feet, but it’s nice knowing that third grader Daniel has a support system at school as well as at home.

What a great story and one that will no doubt bring tears to the eyes of many folks out there. Maybe even to some of the hardened people who have been complaining about the youth of today.