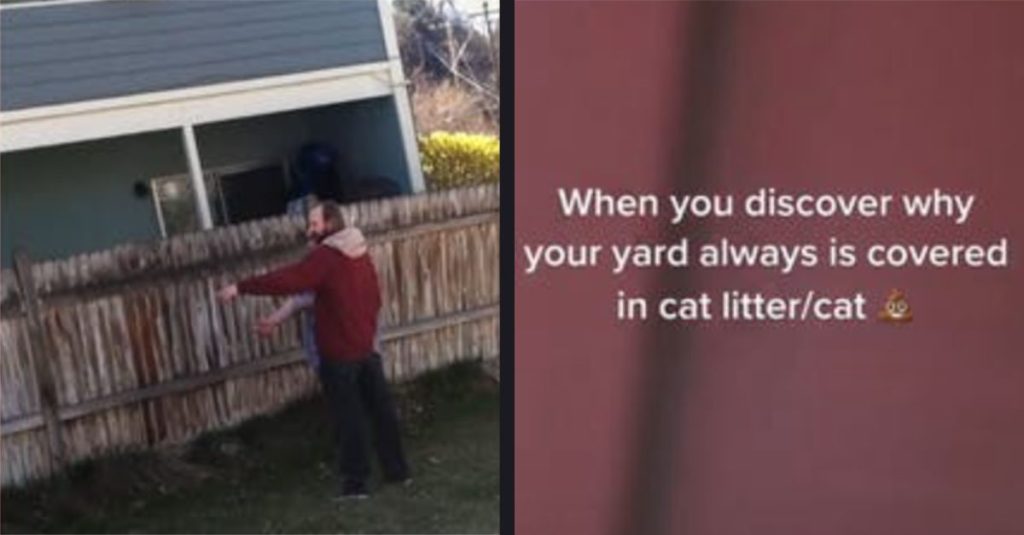 And a woman named Serra decided to put her neighbor on blast after she found out why there is always USED kitty litter in her yard.

In the first video she posted, you can see the neighbor throwing the litter off of his balcony.

And in the second video, Serra’s husband confronts the neighbor, who eventually apologizes and says that he won’t do it anymore.

Take a look at how folks responded to this video on TikTok.

One person suggested they should

“Get a slingshot and sling it back at him.”

“How hard is it to scoop it into a bag? It’s the same amount of EFFORT.”

In the comments, Serra said that things did not get better after this incident.

“I have moved as this situation did not get better.”

She also added that she ended up suing the neighbor.

What do you think about this story? And tell us if you’ve ever had bad neighbors like this. Do it in the comments!