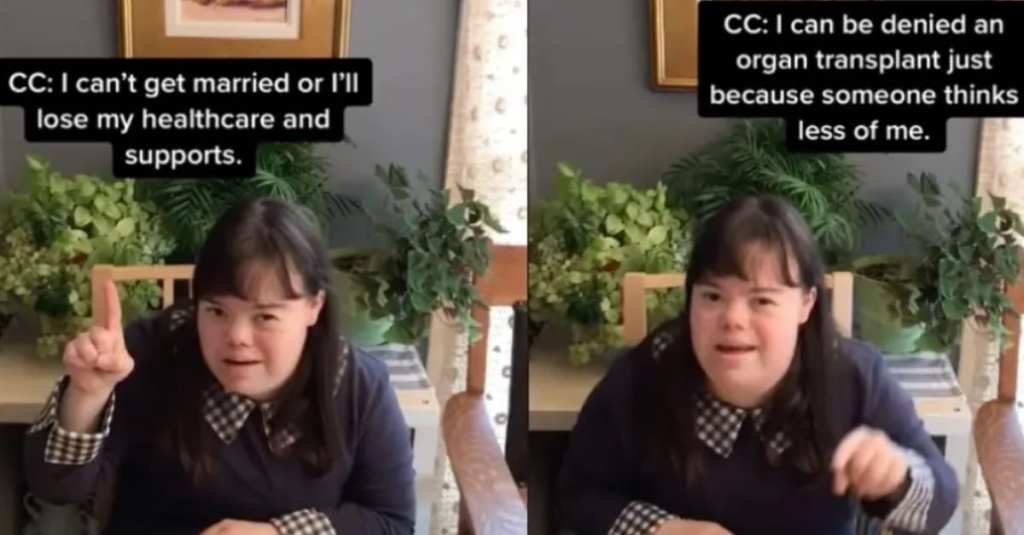 Unless you’ve walked in someone’s shoes before, you really have no idea about how they view the world and the obstacles that they have to overcome on a daily basis.

And that’s definitely true when it comes to people with Down Syndrome. Even if you’ve read up on it, a person who doesn’t have the genetic disorder really has no idea what those folks have to deal with.

And that’s why a viral video featuring a woman with Down Syndrome is so powerful. In it, the woman talks about the ways that people with the disorder are treated unfairly, including being paid less and how some marriage laws are very exclusionary toward them.

And I have to say, a lot of this was very eye-opening for me, because I had no idea.

Let’s take a look at the video that was posted by the National Down Syndrome Society (NDSS).

We don’t get it either! #downsyndrome #learnontiktok

The video originally appeared on TikTok but was also shared on Twitter, where people saw the video and weighed in with their own thoughts.

it’s truly amazing how little abled people know abt how us disabled folk live. ableism is the most ingrained discrimination across the world. hell, it’s kinda obvious since there’s so many people who are willing to throw a fit when disabled folk tell them to stop saying r*tard

This person made some very good points about disabled people in general.

100% agree. Disabled people are incredibly underrepresented in media and policy, yet like 20% of people have a disability of some sort. Like There’s NO reason we still have buildings allowed to exist without wheelchair access. The things able bodied people take for granted…

And this person made an observation that pretty much sums up how ridiculous the entire system can be in regard to folks with Down Syndrome.

They can’t get married because they’ll lose their benefits how do they expect them to pay for their necessities when they get paid sub minimum wage….•___•

I think it’s safe to say that we all have quite a long way to go before more barriers are broken down in regard to people with disabilties.

Do you agree with that statement?

Also, have you come across any interesting stories lately that you found very interesting?

Also, to learn more, check out the National Down Syndrome Society’s page on TikTok.