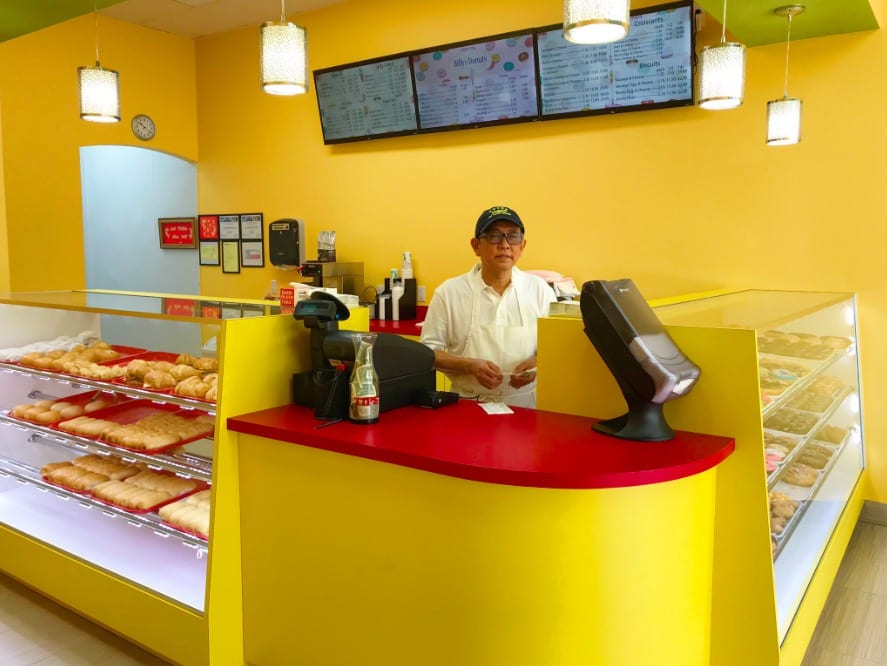 A man in Missouri City, Texas was disappointed to find that he didn’t have many customers at his new donut shop, Billy’s Donuts. The shop was named after his son, Billy, who quickly took to Twitter to share his dad’s problem.

“My dad is sad cause no one is coming to his new donut shop,” he wrote. He posted photos of the delicious-looking donuts, his bummed-out dad, and the “Grand Opening” sign in front of an empty parking lot.

My dad is sad cause no one is coming to his new donut shop ? pic.twitter.com/y5aGB1Acrc

The photos of this empty donut shop really pulled at people’s heartstrings. Eventually, Billy shared the address to the shop, and people started arriving in droves.

I live literally 5 min away.. Most def coming tomorrow! ?

Billy didn’t explicitly ask his followers to come to the donut shop to cheer up his dad. But ohhh, did they come!

The power of the tweet works. Billy's Donuts has long lines this morning. pic.twitter.com/yuKIfcPq0R

People drove for hours just to buy some donuts.

He has got to have the most popular donut shop in Texas right now.

I didn't even need to cause the community came thruu pic.twitter.com/bHEc1afTTx

And he is incredibly happy about it.

He looked so happy ❤️ pic.twitter.com/2EcG4V3if5

People really love that the shop is named after Billy.

he named it after you…. pic.twitter.com/5MCfFhzZI4

Billy wrote that he’s not worthy, but IDK, he did get hundreds of new customers for his dad with one tweet!

He loves me. I don't deserve this

Anyway, those of us who can’t make it to Billy’s Donuts will just be over here sobbing until further notice.