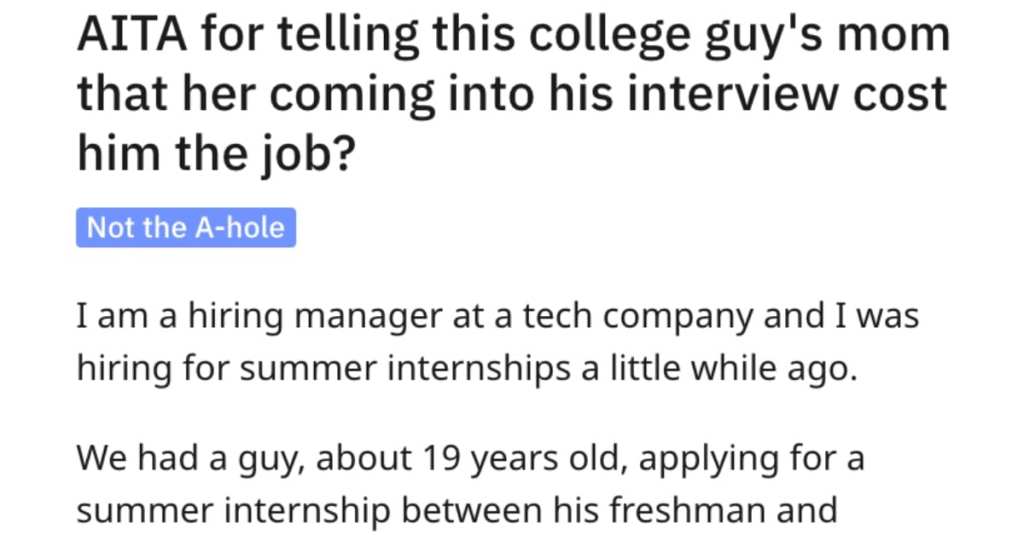 Well, this promises to be an incredibly humiliating story, doesn’t it?

I can’t imagine my mom doing something like this, but I guess there are plenty of parents out there who would barge into their kids’ job interviews and try to influence the whole process.

And the person doing the interviewing told their story and wanted to know if they were wrong for their actions. 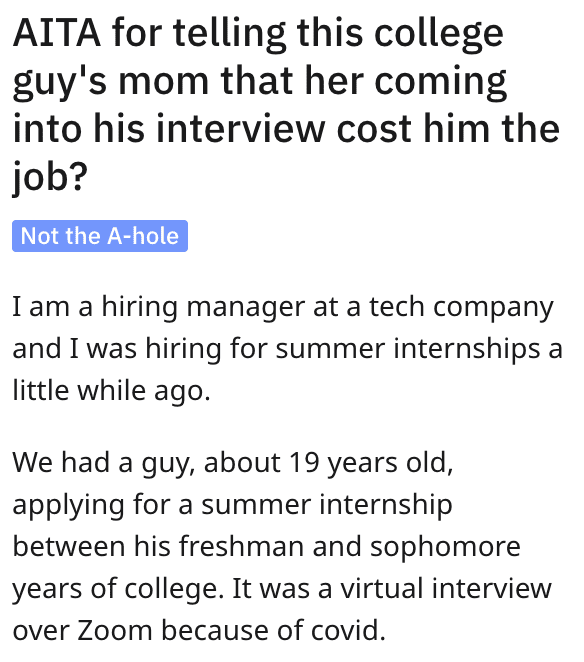 Because the guy’s mom barged in on the interview. How humiliating…

Even though the interviewer dropped a hint, this mom couldn’t help herself…but she didn’t know she was hurting her son rather than helping.

And finally, the guy had enough. 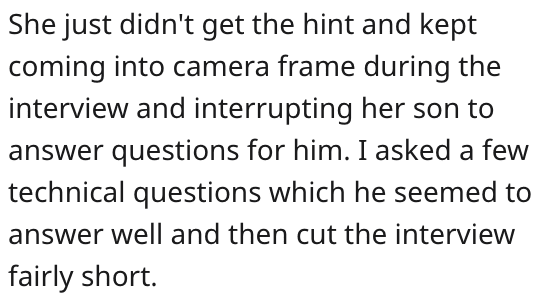 The interviewer thought that was the end of the story, but, knowing this mom, it wasn’t over yet.

The interviewer knew it wasn’t the kid’s fault that his mom was a total nightmare. 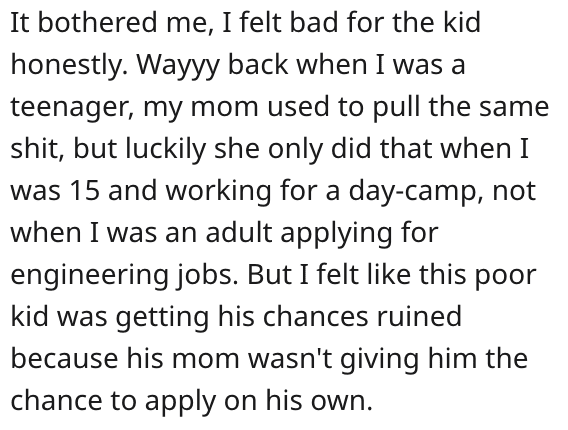 So he tried to handle the whole situation in a very diplomatic fashion.

No, the son would not be getting a job offer. 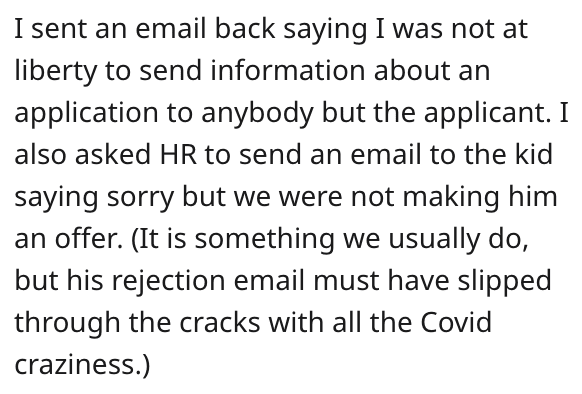 But the mom STILL continued to push it. 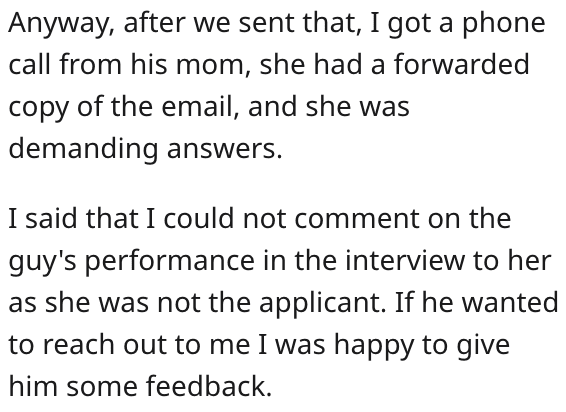 And then the interviewer decided to drop some truth bombs on mom about her behavior. 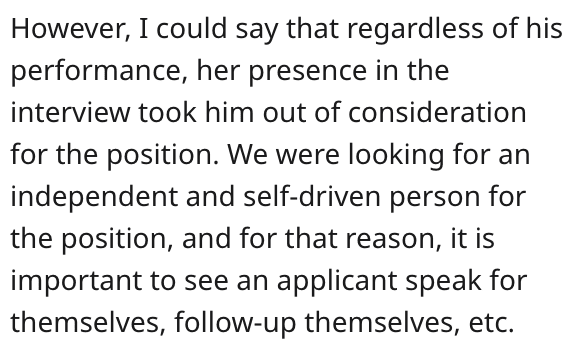 And he added that it was going to hurt her son in the long run in a big way. 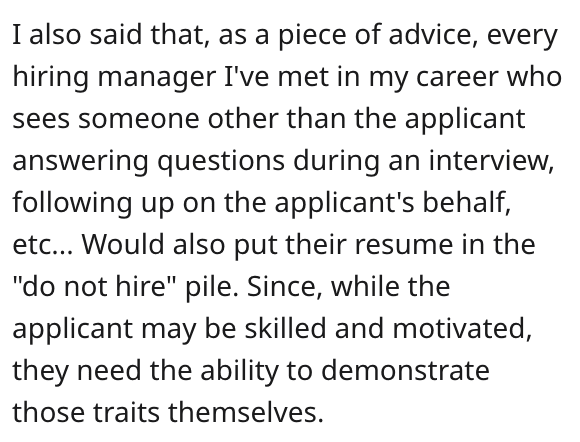 And, as you can imagine, she didn’t take the news very well. 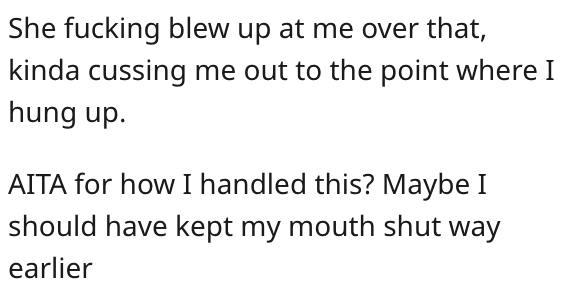 What did the internet think? 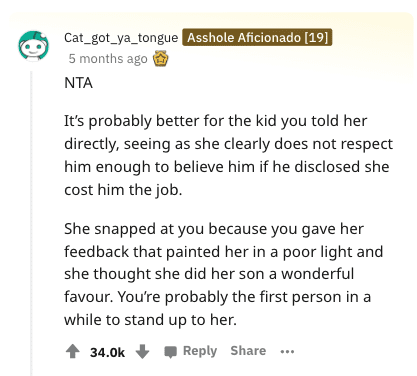 Put her in her place. 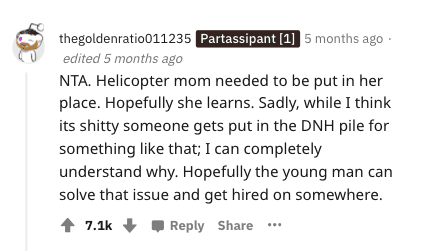 She needs to be told! 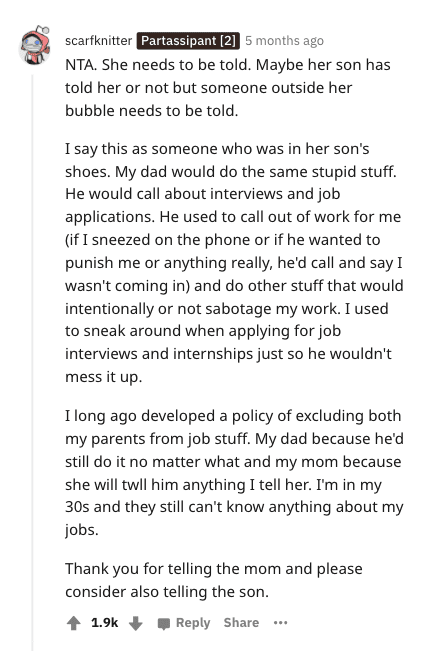 In the comments, tell us about your worst (and best) job interview experiences.

And tell us if you think this interviewer did the right thing.

Please do it in the comments. Thanks!