Big Brother Gets Tattoo of Little Bro with Down’s Syndrome, and He Absolutely Loves It

Sure, good times were had by all, but that’s not all sibling-hood is a walk in the park. Sibling-hood is a bond that goes deep – way deeper than skin. It’s a permanent mark that sits on you forever, making you who you are.

One big brother decided to give himself a visible mark to remind him of that bond, so he got a tattoo, as many siblings do. This guy didn’t get an ordinary sibling tattoo, though – he straight up tattooed his younger brother’s face onto his arm.

And his little brother loved it!

Big brother gets a tattoo of little brother on arm, little bro loves it from aww

Little brother is in absolute disbelief as he feels his elder brother’s new tattoo, but he makes his approval very known with a hug and a kiss. 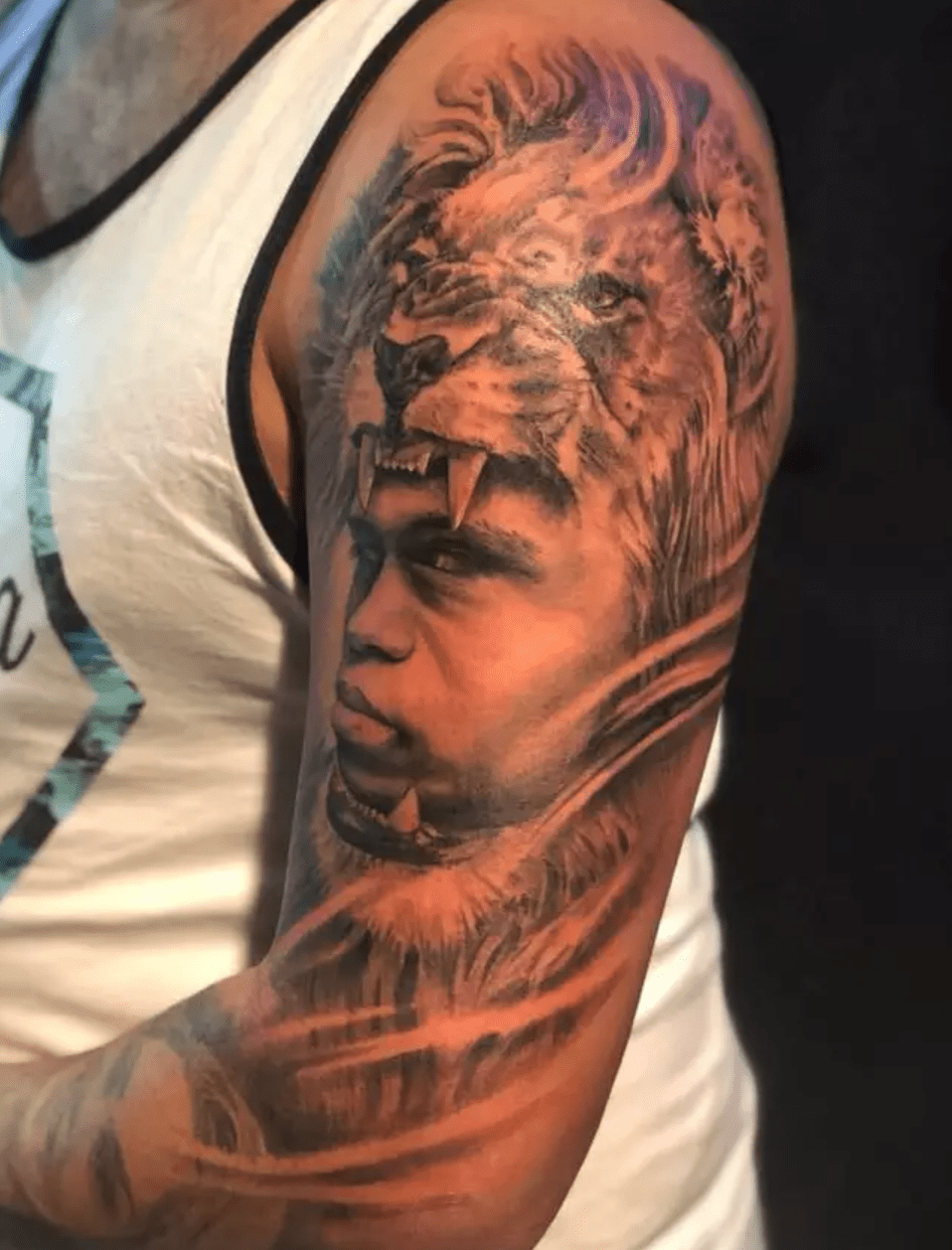 The mother of the two boys, Soares Sheila, posted the pictures to her social media account with the caption:

“Look at my puppy’s reaction to the beautiful tribute, his face tattooed inside a lion’s mouth. The video is EXCITING. That’s why I saw Rafa asking Erick to make brave face.”

“My dear friends, when I posted this video I could swear that it would not cause this dimension of sharing that caused.

“THIS IS CALLED GOD. Because he was the cause of the success of this video, because contrary to what many people think, I have never had anything easy in this life, only US and GOD and the closest friends know well what I’ve already spent in life so Erick is here with us.

“Out many battles, many approvals, many fights, many defeats, and many victories, but I never gave up on my children. And I won.

“Do you know why? Because God exists yes, just have faith, perseverance and believe that one day everything will solve.

“I swear to all of you that my intention when I posted this video was just to show one more of their episodes.

“Many thanks to all the friends who shared the video of my children, I want to thank you from the bottom of my heart to all you guys.”

The adorable post has been shared over 10,000 times and garnered even more likes. Appreciative comments abound too!

What do you think of this beautiful gesture? Let us know in the comments!