High school junior, Alexis Loveraz could be considered a genius in math and sciences. His huge following on TikTok certainly thinks so.

The 16-year-old has been posting videos there for weeks, breaking down algebra, geometry, chemistry and SAT prep questions for his peers. Now, with so many students trying to figure this stuff out while they are continuing their education on-line, his videos are more popular than ever.

He’s even been called the “TikTok Tutor,” according to CBS New York.

He told the station,

It’s really cool because they understand it even better the way I’m explaining it to them.”

Many of his viewers tell him they learn more from him than their teachers. 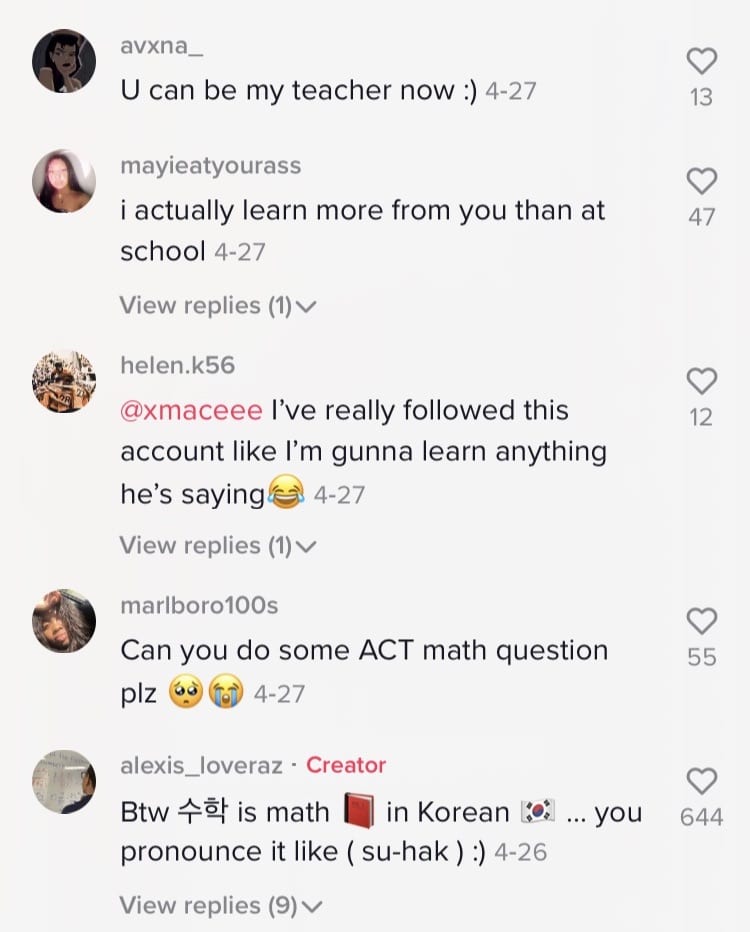 Loveaz  says he posted the tutorials after encouragement from his friends. People all over the world have already discovered his Google Classrooms. Now students from as far away as Australia, Philippines and Singapore gather virtually to study.

“I think people have to depend on YouTube videos and TikToks to learn even more.”

And, of course, mom Likmilian Hiciano is surprised at her son’s online tutoring success–and very proud.

What do you think of this kid using TikTok to tutor math? Pretty genius or REALLY genius?

There’s really nothing negative about this story. It’s great. Tell us it’s great in the comments. 😀