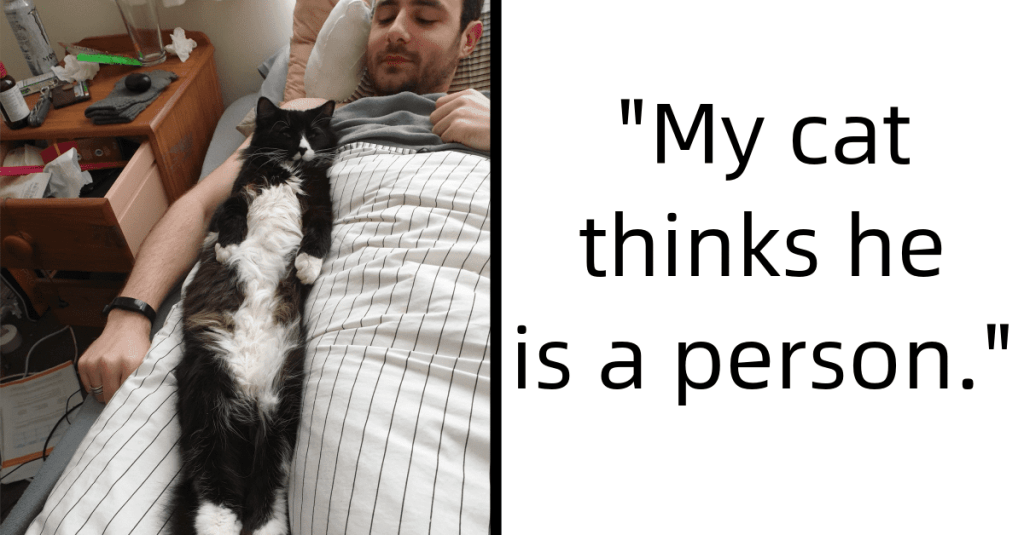 Cat Tweets That Are Cuteness Overload

Let’s have some real talk: cats can be real jerks sometimes. They can be mean, selfish, and downright arrogant…

Buuuuuuuuut, they’re also our companions and every so often they can be amazingly wholesome and remind us why we have them in the first place.

Does this whole scenario I’m laying out for you sound familiar?

Here are some very cute and very wholesome cat posts for you to enjoy.

Like I said, a lot of cuteness overload going on here.

I have to say that I agree.

My cat is so domesticated he thinks hes a people. pic.twitter.com/SnXITVF5OD

3. Getting ready for the runway.

Sometimes my cat walks around with my slipper like he’s wearing it pic.twitter.com/8PZKssZyfq

Made the bed, kept cleaning the apartment, realized I hadn’t seen the cat for a little bit and found him like this pic.twitter.com/ohB7CkmYcM

enjoy this video of my cat’s 6th attempt to jump on the counter. pic.twitter.com/D1nnhVMG09

We just spent a hour looking for her. pic.twitter.com/x00nQNP4nS

7. This might be the best tweets you’ll see for a while.

cat pretends to eat everything his owner eats ? pic.twitter.com/y2aRDXvjj4

8. Get those beans baked!

Now THAT is cuteness overload.

Just wants to be part of the crew.

Cat trying to see what his lil human potato is looking at pic.twitter.com/5aC77SoIgc

To each their own, right?

My mom and her cat Hobbes! He just likes sleepin like that pic.twitter.com/LJY2Tf7ZRQ

Imagine what else that cat can do.

My sister accidentally locked me out of the house so I went to check if the back door was unlocked and this happened pic.twitter.com/2zkjeyFJk5

I got a Ham a new bed and set it down while I unloaded groceries. You're welcome, I guess. Bye. pic.twitter.com/xF0KCxMyRw

In the comments, please share a photo or a story (or both) about your beloved kitty who shares your home with you.

We look forward to meeting them!