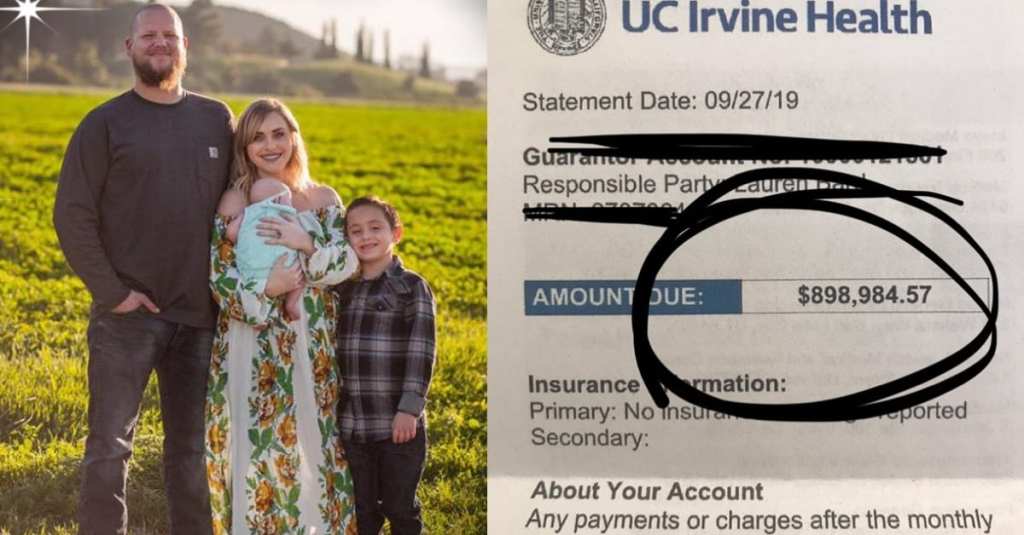 Christian Hospital Billed Own Nurse $900,000 After Her Baby Was Born Premature

Here’s yet another example of American healthcare at its worst. And a woman named Lauren Bard who works as a nurse found out the hard way how cruel and inefficient our system can be.

Bard works at a Christian hospital called Dignity Health and was billed nearly one million dollars ($898,984.57 to be exact) after her daughter was born three months premature. Bard gave birth at the UC Irvine Hospital and her daughter Sadie needed to be placed in the NICU.

Bard thought that her Anthem Blue Cross coverage would cover Sadie’s medical costs, but when she called them to enroll her, she got the bad, and shocking, news. Dignity Health told Bard that the company requires new babies to be registered on their website within 31 days of their birth. And then Bard was slapped with the exorbitant bill.

When Dignity Health (the company I work for) screws you out of your daughter’s insurance while in the NICU for 105 days bc you added her 8 days too late to your insurance because you were suffering from your own health issues, post partum depression and your daughter fighting for her life.. they denied 2 appeals and leave me with this bill + more.”

Very “Christian” of them, wouldn’t you say?

Sadie had to have several surgeries and, eight days after the 31-day deadline, Bard was notified by the UC Irvine Hospital that the billings department there couldn’t process claims for little Sadie, who was still in the NICU.

Bard and her husband tried again and again to figure out the situation with Dignity Health, but to no avail. Finally, the Bards got in touch with ProPublica, a nonprofit investigative journalism organization.

When ProPublica reached out to Dignity Health about the story, Dignity Health suddenly reversed their decision, most likely because they knew they were about to be criticized in the press.

In a letter to Bard, Dignity Health said,

“We based this new decision on certain extenuating and compelling circumstances, which, in all likelihood prohibited you from enrolling your newborn daughter within the Plan’s required 31-day enrollment period.”