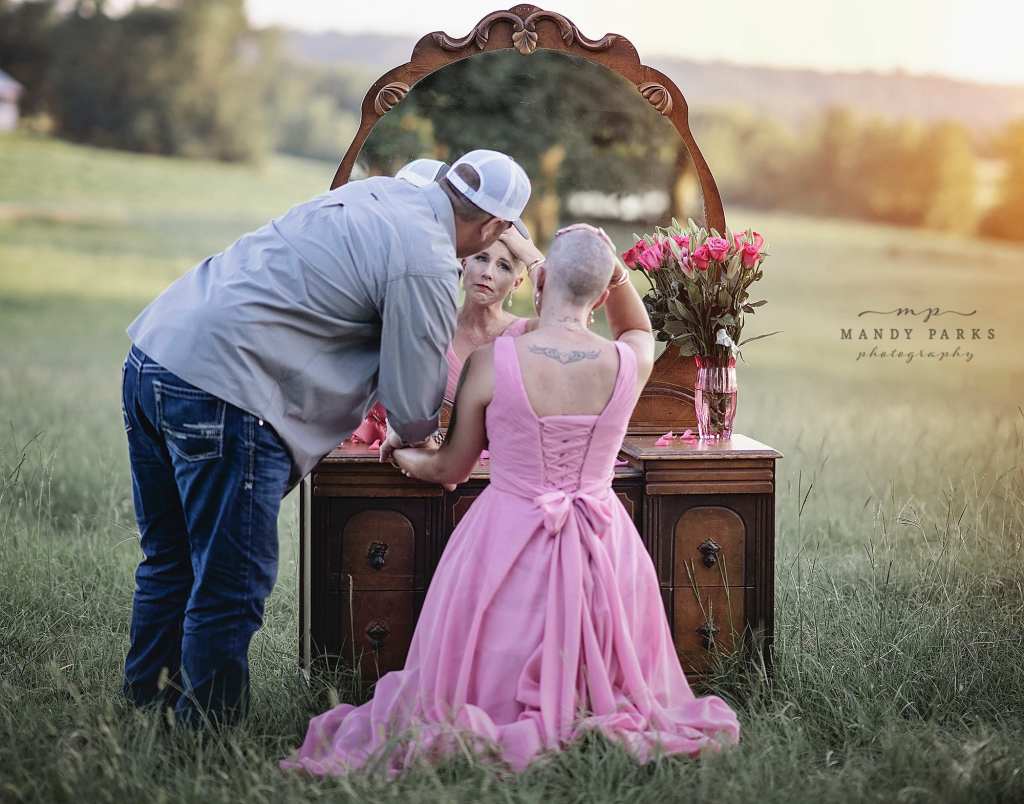 In Gillham, Arkansas, a couple captured the moment in photos when she cut her hair as part of her ongoing battle with breast cancer.

Hundreds of thousands of people have shared the powerful images of Charlie Johnson and her husband, Kelsey.

Strong women aren’t simply born. They are made by the storms they walk through. From the pain, mistakes, and heartache we achieve pride and strength.

I don’t know who needs to see this today. Or yesterday. Or someone you know might get this phone call tomorrow. Show them what strength looks like. Let them know they are not alone. Stand by them as they kick this like the warrior they are!

Thank you to Charlie Johnson and Kelsey Johnson for allowing me to capture the pain, beauty and bravery it took to spread this message. Prayers to you both in the fight! I love you guys!

Despite the photo shoot’s universal message, Parks was still reportedly surprised by the attention. She told KATV Charlie is encouraged, however, by the support and is wearing her bare head proudly while continuing to work as a nurse.

Yet, the photos also show how much strength and bravery she, and other cancer patients, require to fight the disease. And, not just the patients, but their caregivers as well.

For thousands of others enduring their own cancer battle, Charlie is not just a fighter, but she’s a hero too.