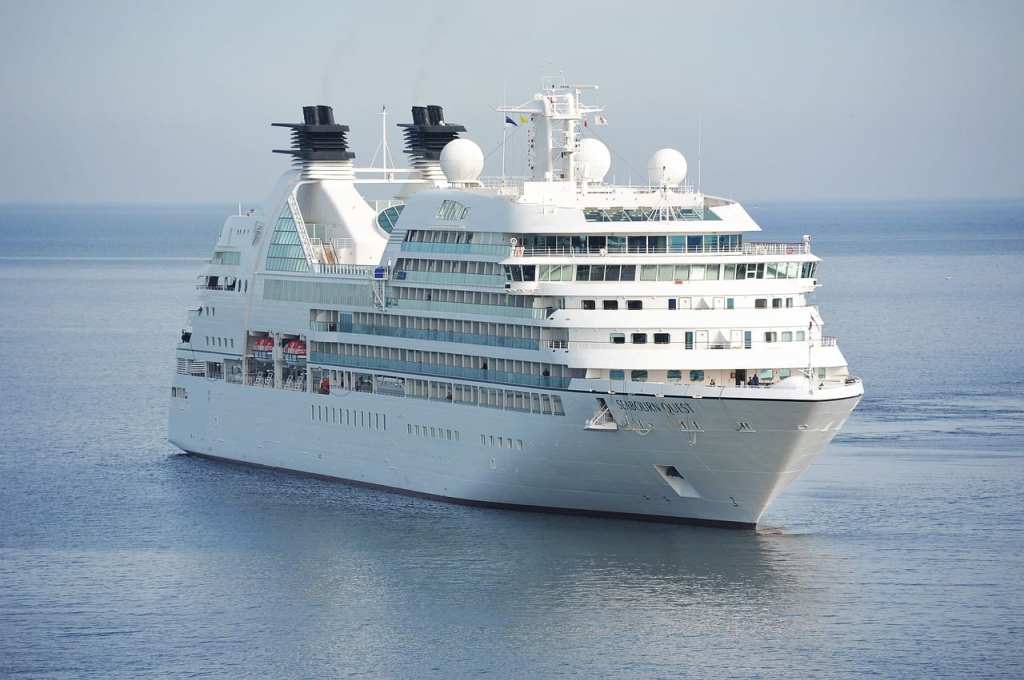 A cruise is a chance to get away from it all. You can unwind in all-inclusive comfort, enjoy exotic ports, eat way too much, and take in a show or two. Sometimes things get a little crazy. Or a lot crazy.

These 10 cruise line employees reveal the most shocking things they’ve experienced on board.

Alright. At a company that made some stuff that goes on ships including cruise ships and had to help install on a few occasions.

So labor laws really aren’t a thing on them. Neither are safety rules really. Not uncommon to meet people who have been working over a month without a day off and on at least two places of the ship I had to go from one ladder to another via a piece of wood laying across. An OSHA inspector would have a heart attack.

Workers run off all the time when the ships dock in America. The government has to guard the garbage unloading and food loading, but they do a bad job of it.

Despite the news stories they really do make an effort to be green.

All the workers you don’t see you don’t see because they can’t speak English or speak it poorly. The departments are broken up by language groups. For anything out of the ordinary you need to arrange people such that messages can be translated up and down the line. This person speaks Russian and Estonian, this other person speak English and Estonian. OK other guy you translate for the Estonians and the other guy will translate into Russian.

the reason why the buffet is serving Indian food today is because a third of the staff wants Indian food and the cooks wanted to save some time.

the salary of workers is heavily dependent on country of citizenship. The Americans on board make bank but you know you spend most of your life at sea.

internet is not usually free for staff.

the crew bars are cheaper and better. The guest food is better.

I noticed a degree of resentment from a lot of the staff for the guests. A sorta “these people were just born in the right country while I have to work”. And around me they let lose about it a few times.

9. Be careful what you flush

You would be amazed at what people will flush down the toilet. Pool noodles, t-shirts, shoes…pretty much anything that people don’t want to pack with them when they leave. Cruise ships primarily use vacuum flush systems. These are very efficient but very sensitive. A tampon or condom can take out the toilets for everyone above and below your room. Then somebody from the engine department has to start braking open black water pipes or ripping open pumps to find where your blood stained cotton has managed to stop a whole lot more fluid flow. Toilet paper only in the toilets.

When the ship pulls in to port they usually hook up a water hose to fill up on potable water from the municipal supply. Once the ship is underway (and away from the nasty port waters) they then take water from the sea and distill it to keep the capacity up until they reach the next port. It’s probably a lot cleaner than the water you have at home.

8. Even exotic ports get boring

Yes, the crew gets off in ports. Kind of. A certain percentage of the crew has to stay onboard the ship for safety reasons, but it’s like 10%. The rest can, if they’re not working, get off in the ports. The great part of this is that crew get to basically tour the world and get paid for it. The less great part is, well, you know how ships will do the same cruises over and over and over and over and over again? Some places are cool the first time you go there, the second time you go there, the third time, maybe even the fourth! Some are only good the first time. On your 20th time through St Martin, it often becomes “Maybe I won’t even get off the ship, and if I do I might just go to a bar”

One thing is for sure, passengers ask the dumbest questions. We hated walking in guest areas because we would get asked dumb questions. Passengers were SHOCKED that we lived on board, once I was so annoyed one day I responded that I was a mermaid and actually jumped back in the ocean after my shift. The strange part is the person that asked apparently believed me. Another common question is “excuse me, do these stairs go up?” — umm duh. They also go down. I think people turn their thinking caps off when on vacation. Which I guess is normal? My all time favorite question is, as soon as they step foot on the cruise: WHERE DA FOOD AT?? Ha! Never got old! Oh the memories…

6. And they aren’t the best at hiding questionable items

I used to do wet and dry dock maintenance. Used to find quite a lot of drugs left behind. Passengers thought they found a clever hiding space in the cabin but we would take every inspection hatch off every cabin’s bathroom. There used to be a customs guy in Miami we called Dirty Harry, we just handed it to him. Cool guy. No: we did not use it ourselves

Seasickness patches, the prescription strength ones, have a rare but not that rare side effect – dissociative psychotic episodes.

Anyway, you get a few hundred people wearing them for several days straight, it’s almost guaranteed that one or two of them will have this side effect. Then they have to be hauled down to the infirmary and kept out of the way until the effects wear off and they regain the ability to form sentences.

A lot of cruise ships warn passengers against using the patches. This is why.

4. And be careful where you have fun

Videos of people having sex in public places (balconies, especially) are often disseminated among crew members. Most of the videos are unfortunately potato-quality, but I’ve seen some pretty interesting ones.

Speaking of firing, it was not in our contract for the company to pay for your return flight if you get fired in an area where you are a citizen. So let’s say you were hired on the U.S. West Coast by some big cruise company and you get a ship on the East Coast (some people want to change it up a bit if they get tired of the same route). If you get fired on your ship them the return trip is on you. I can’t really give too much info without saying exactly which ship/company I was with but those return flights could cost $600 to $900. The local McDonald’s had some ex-cruise ship workers saving up money to get home.

2. They are trying to improve

Cruise ships are trying to become more environmentally friendly. There are whale zones where they go slower to give whales more time to get out of the way. We install scrubbers in the exhaust stack to help remove excess sulfur and carbon. Companies are now also working on reducing NOx emissions through advanced engine timing technology and stack gas treatment. Instead of using harmful chemicals to clean sewage waste we are now using UV and biological systems to break it down. Lube oils around the shaft are being replaced with biodegradable versions. Pretty soon ballast water will even begin to get treated. These are all new and upcoming improvements to try to reduce the environmental impact these ships have. But they are also 1,000 foot long floating cities which must provide food prep and storage, heating, A/C, lighting, water and sewage, recreational areas, and power for thousands of people while also moving them around on a floating piece of steel. There will be an environmental impact no matter what.

People die on ships. Sometimes the ship has Morgue capacity, but if it happens enough corspes can be stored with the flowers.