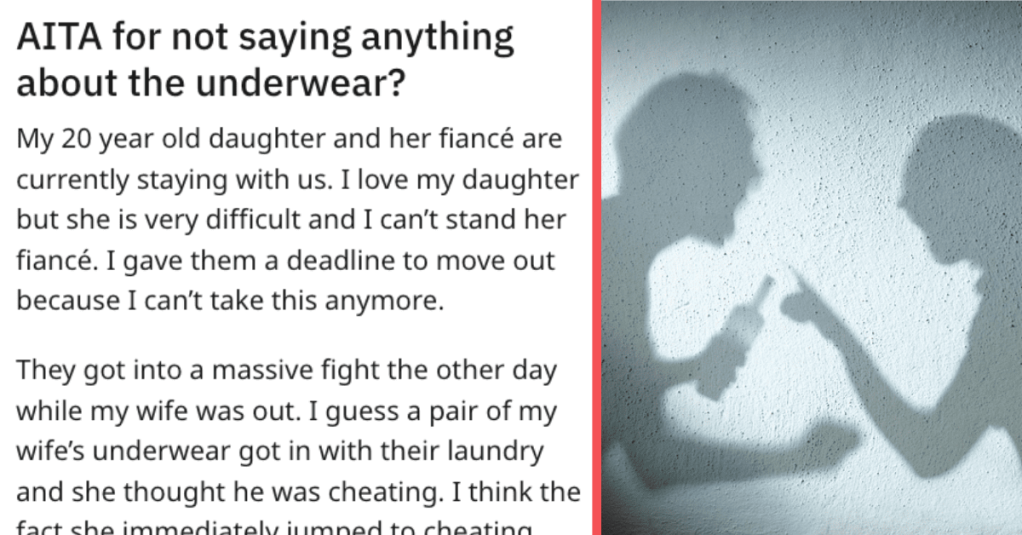 When you live with other people, chances are your laundry will get mixed with theirs at least once or twice.

Most people wouldn’t give it a second thought—but you had reason to believe your significant other was cheating, seeing that extra garment might make you think twice.

That’s just what happened when one father’s daughter found a pair of women’s underwear in her and her boyfriend’s laundry. Her mind automatically went to cheating, and her dad could have set the record straight, but he had own reasons for not doing so. 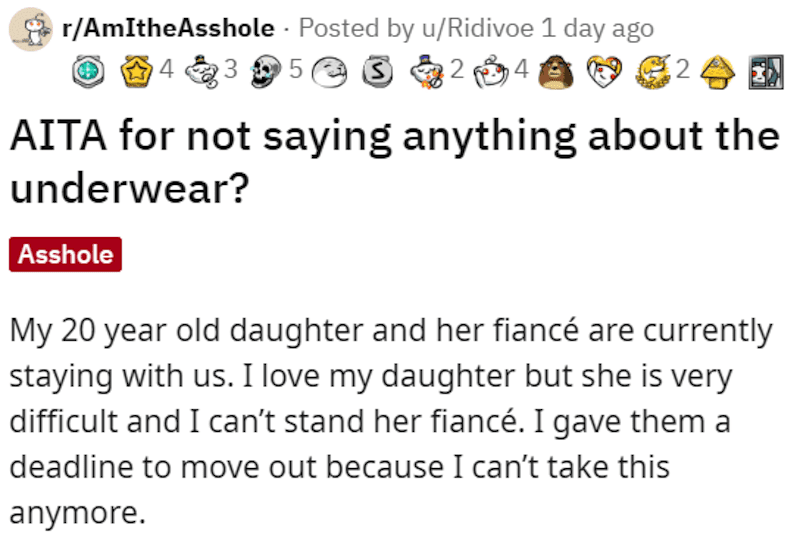 Of course, problems between the young couple ensued. When conflict occurred, he said nothing, and even when he was confronted about what he knew, he tried not to let on, but wore his feelings on his sleeve. 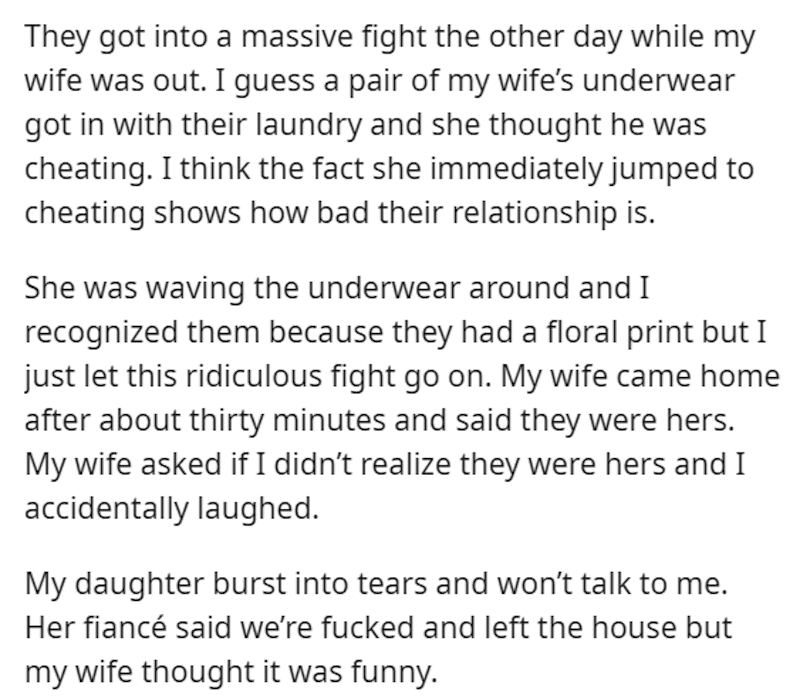 Many readers weighed in. And while some agreed he should have fessed up, they also understood why he didn’t. 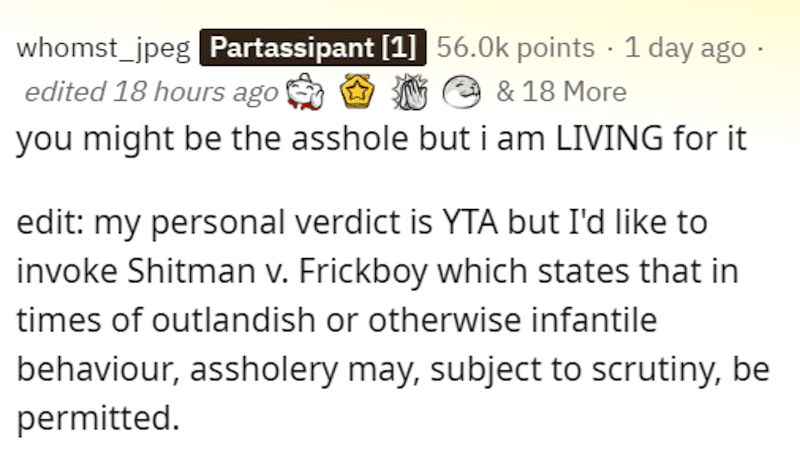 Others said that, no matter what he should or should not have done, his daughter has bigger fish to fry if that’s where her mind went in the first place. In other words—their relationship was pretty toxic in the first place, and her dad probably did her a huge favor, even if she doesn’t agree at the moment.

Some readers said it wasn’t the dad’s problem to begin with. 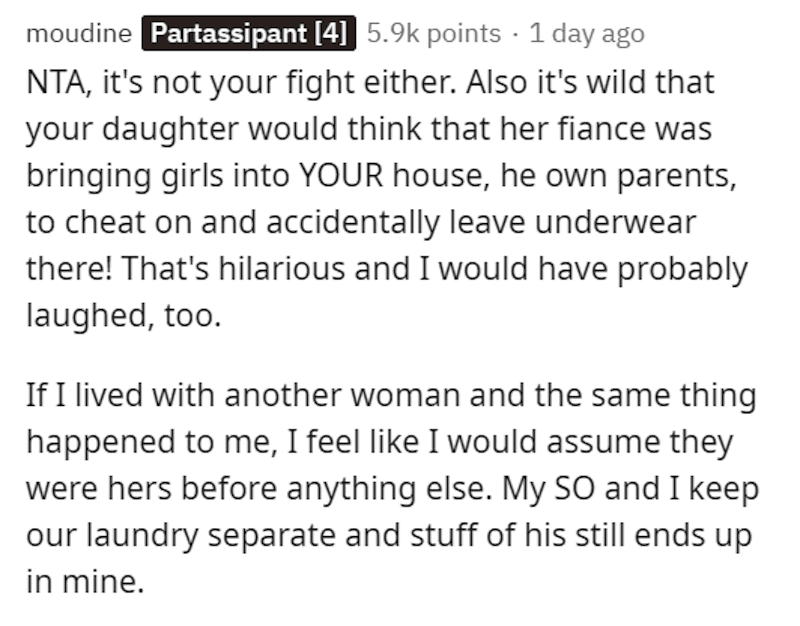 Not every reader was on his side; some people thought that he should have come clean and been more supportive of his daughter.

Perhaps if he was concerned that their relationship wasn’t a good one, he could have talked to her lovingly about it. 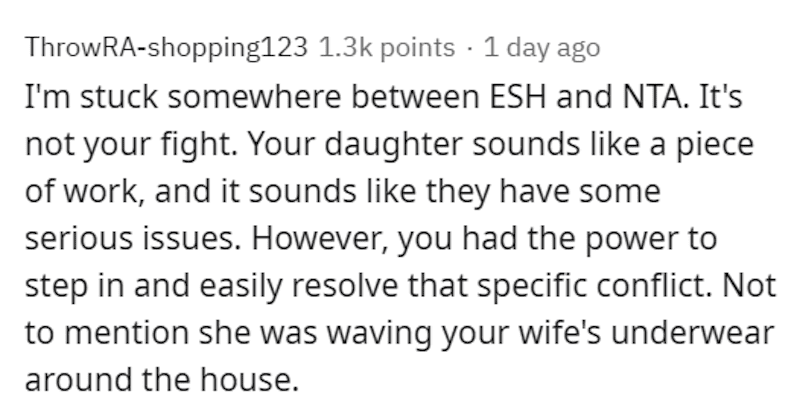 Finally, one reader said what needed to be said—he had nothing to gripe about, since he instigated it in the first place.

What would you have done if you were in this father’s position?