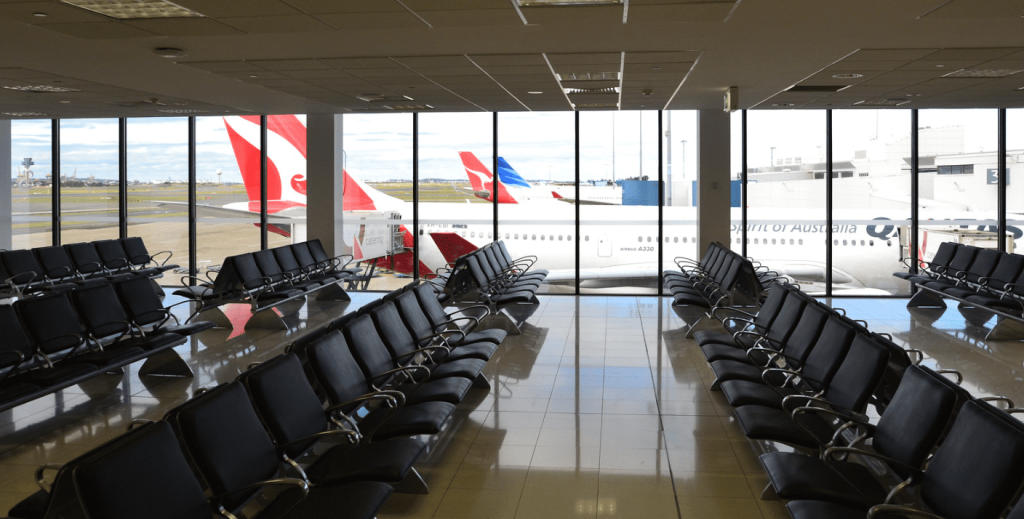 Dad Makes a New, Embarrassing Sign Every Time he Meets Daughter at the Airport

What are dads good for? I’ll tell you what!

They’re for embarrassing their children in public on a regular basis! And, let me tell ya, this dad is a gem.

Doug Payne has decided that every time his daughter Courtney returns home to Kansas City, he will dress in a different outfit and hold up an embarrassing sign at the airport.

Courtney moved away from Kansas City in 2018 to attend graduate school in Portland, Oregon, and Doug is bound and determined to give her a memorable homecoming every time she lands. Let’s look at some of the different signs. There was the time dear old dad showed up with a sign for “Kardashian.” I’m sure that turned some heads. 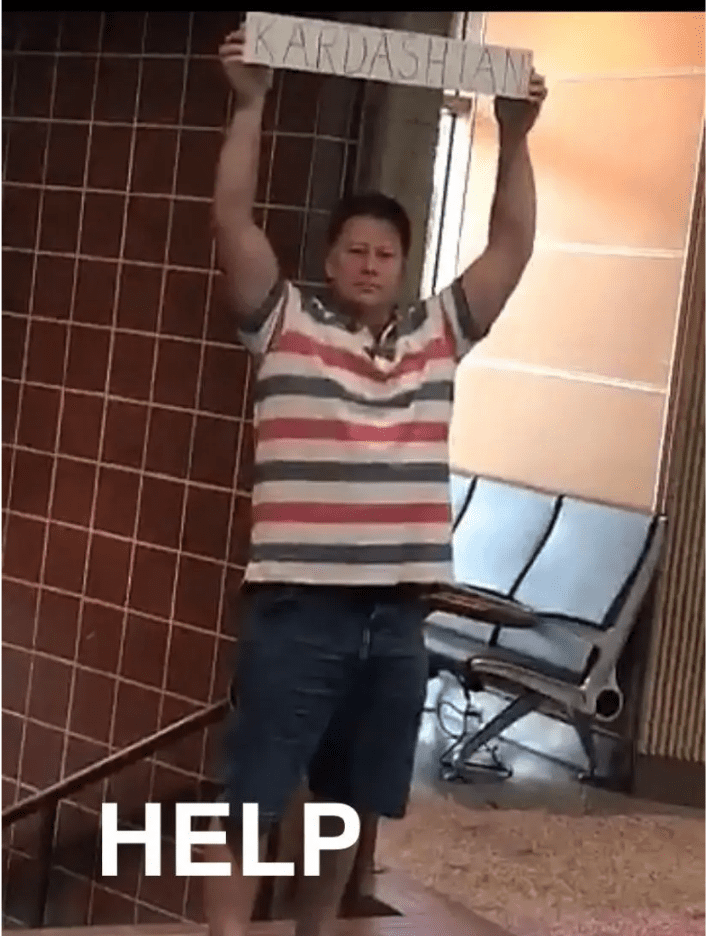 And then there was the time Doug picked up Courtney with a “Welcome to KC Miss Oregon Courtney Payne” sign. She does live in Oregon, after all… 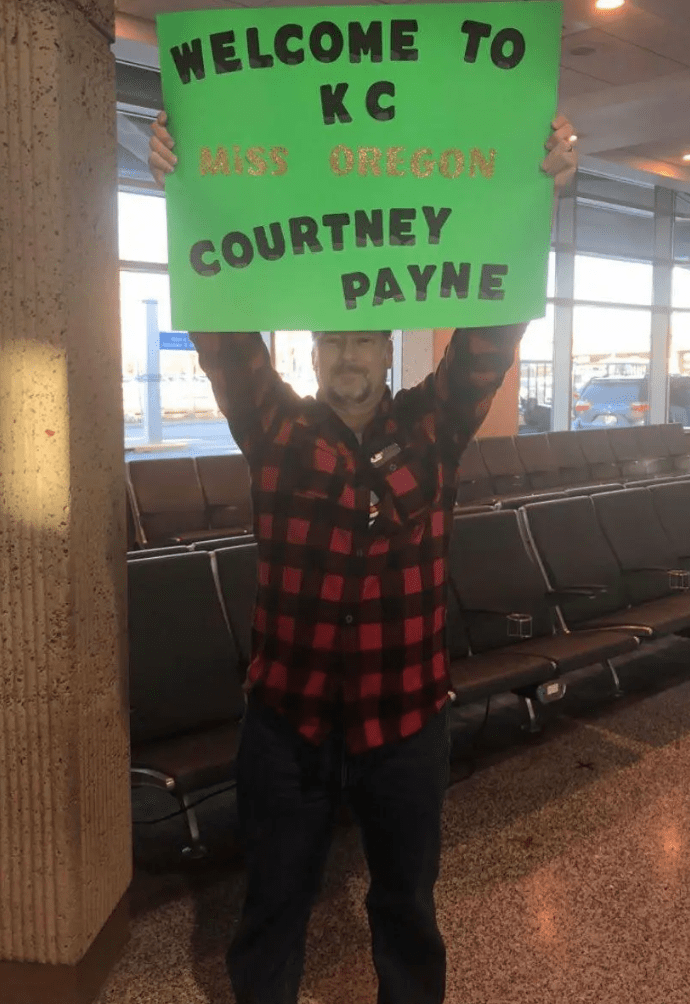 Another good example is when Doug flew a sign that welcomed Miranda Lambert to Kansas City…and he looks like he’s dressed up as a limo driver. 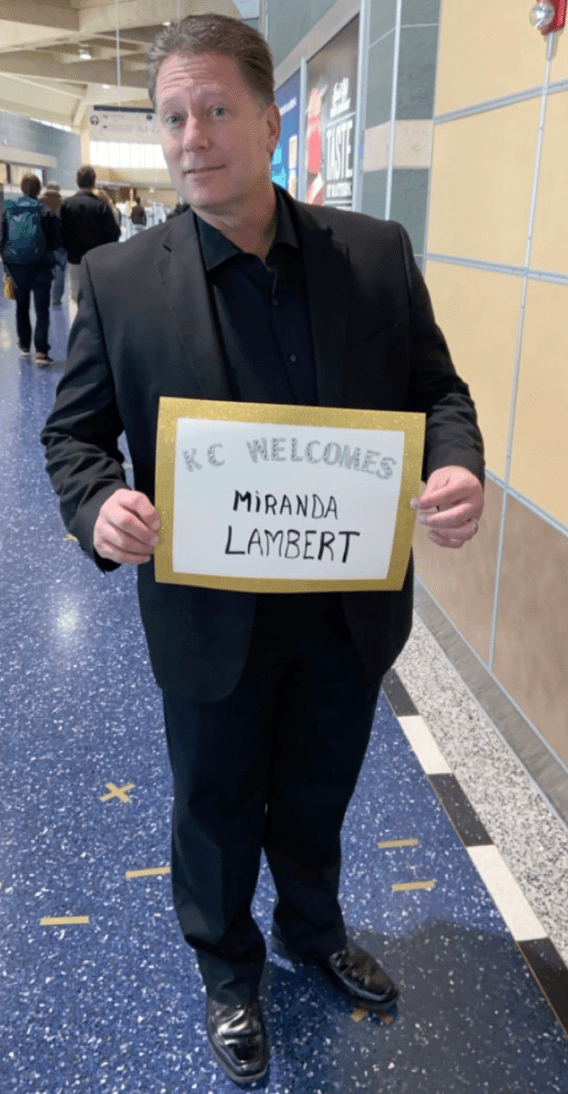 Finally, we have the latest costume that Doug showed up in. He was dressed like an elf and had a sign that said “Santa’s Naughty List. Courtney Payne.” 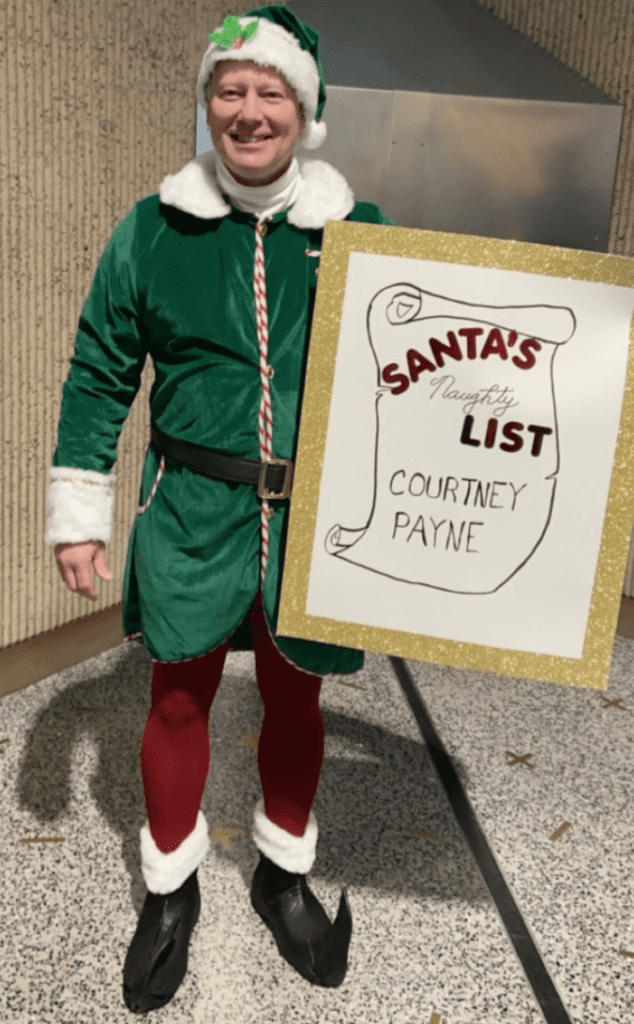 Courtney said, “My reaction would have been different in middle school, but I’m just glad to have loving, caring parents.”

Here’s a video of Doug greeting his daughter at the Kansas City airport. This guy is a hoot!

What do you think of this papa? Let us know in the comments!