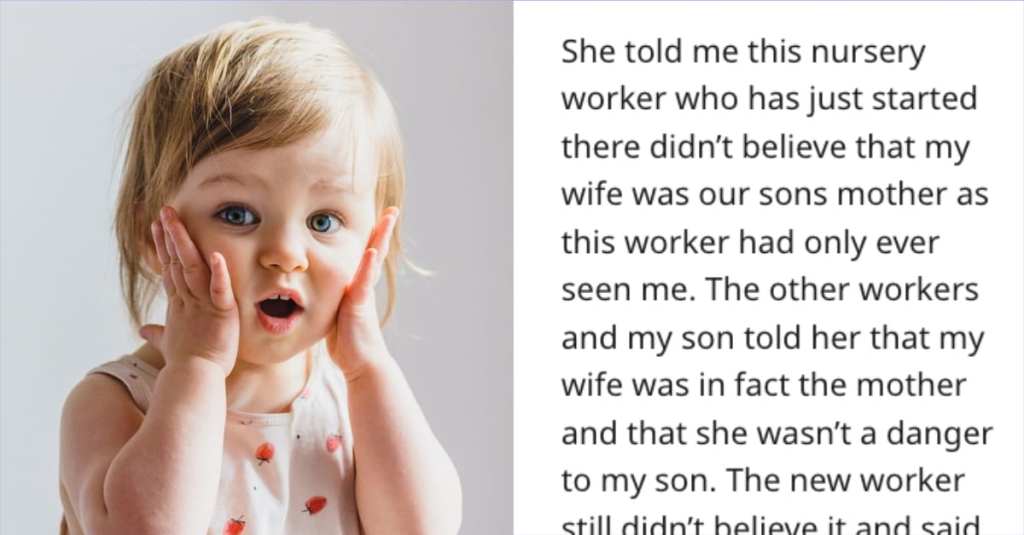 Parenting is difficult for everyone, but it’s particularly difficult for households in which both spouses must also work full time. Hey, raising children isn’t cheap, right?

The choice to work or stay home to take care of the children isn’t an easy one for most couples — it really boils down to their unique circumstances.

One guy was frustrated to learn that a daycare worker called out his wife for working too much when she stopped by to pick up their son one day. He wonders if he’s the asshole for complaining about the worker, after his wife came home in years. You can read the full dramatic saga that he posted on Reddit: 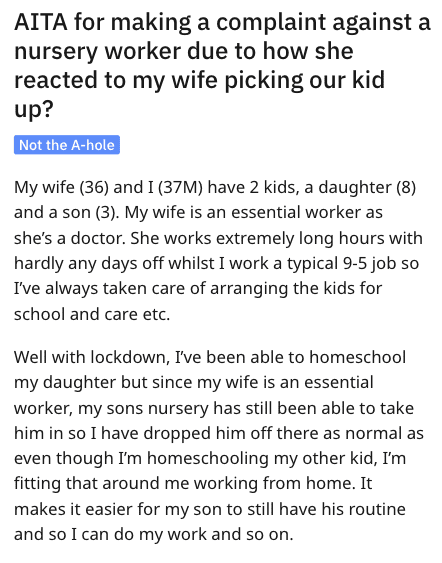 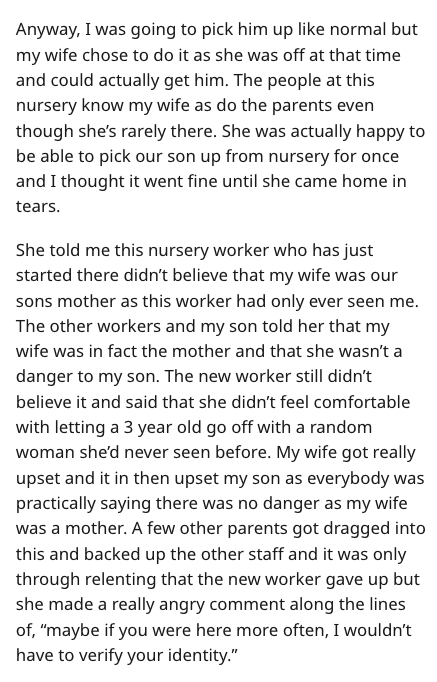 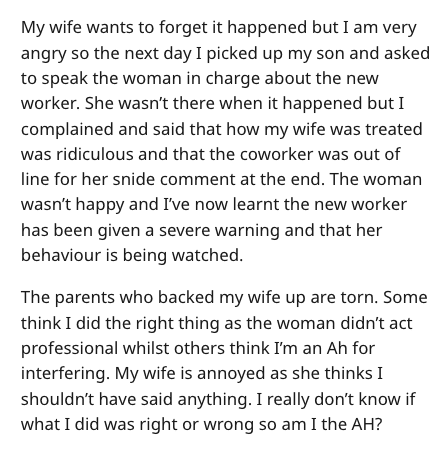 There’s a lot to unpack here. On the one hand, the guy was just standing up for his wife. On the other hand, some people thought he was just meddling and should have stayed out of it, including his wife.

Overall, most Redditors thought he was definitely not the asshole.

They also pointed out that most daycares should have some sort of ID procedures in place: 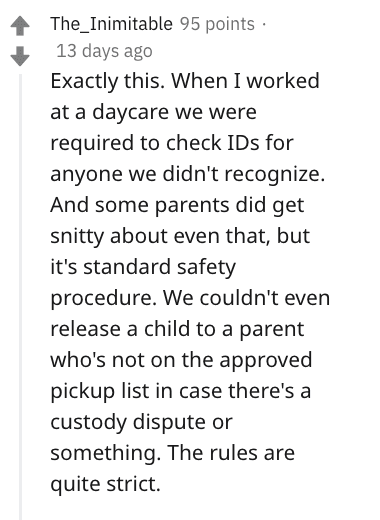 They pointed out that the daycare worker likely had some existing biases going on here:

And that her comment about the wife working too much was where she really crossed the line: 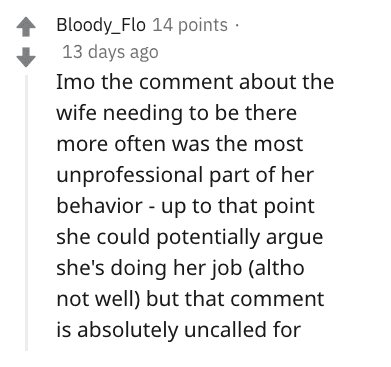 One commenter even suggested that these parents find new childcare: 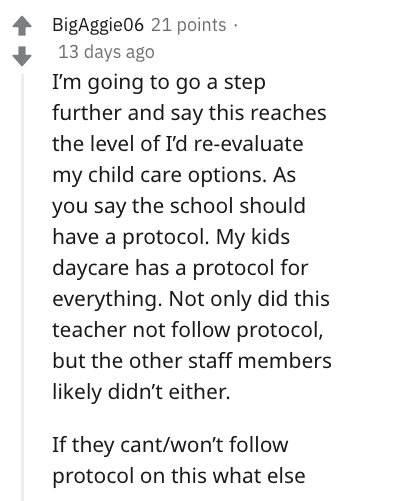 And that the daycare worker was just being rude to be rude: 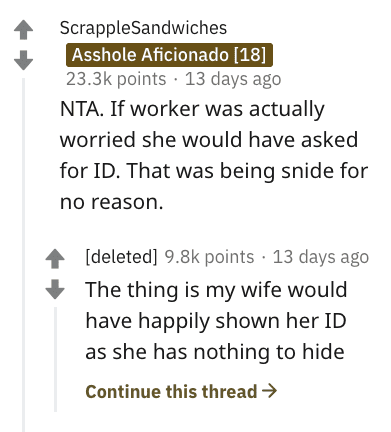 It seems pretty clear that there are some easy solutions to this situation. Require all caregivers to show ID when they pick up their children, to start. And maybe don’t make judgments about other peoples’ situations because you likely don’t know the whole story.

Where do you fall on this issue? Was the dad wrong for complaining or did he do the right thing in calling out the worker’s behavior?