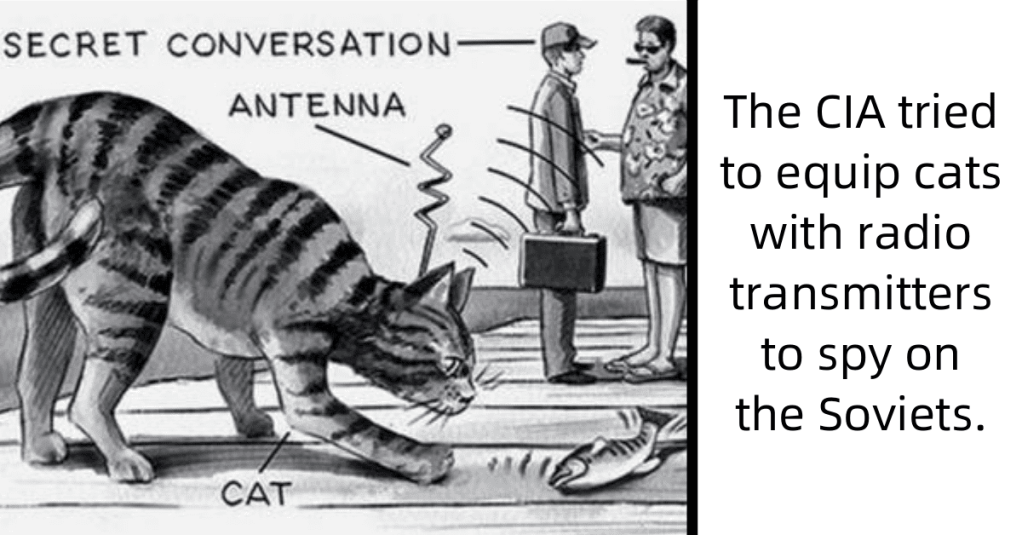 Enjoy These Interesting Facts From the “Weird History” Twitter Page

I sincerely wish that I had the time to read all the history books in the world…but we all know that’s impossible.

But still, a boy can dream, right…?

And since I can’t read all those books due to time constraints, I like to follow social media account like “Weird History” because they fill in the gaps for me and give me my fill!

Take a look at some of their posts. We think you’ll become a fan!

I’m sure they didn’t appreciate that very much.

Cow being painted with stripes to make it more visible during WW2 blackouts. pic.twitter.com/ckgOHDtGwF

That is weird, wild stuff!

3. This seems like it would be hard to keep track of.

No room for error with this job.

A little bit of Irish history to start your day off the right way.

Only one region of Finland has a single official language (Aland Islands), and that language is Swedish. pic.twitter.com/UACjDHKBd3

Ride around in style.

This is how cars should open – Holden Hurricane, 1969. pic.twitter.com/B1nIgqkzYy

7. I guess they didn’t think it was a very big deal.

All you can do is shrug your shoulders…

In ancient Sumeria, the mythological decrees governing civilization and the Universe were called the 'meh'. pic.twitter.com/LWyLVVRAdd

8. You gotta love a flock of seagulls.

And I’m not just talking about the band.

During the war, the British trained seagulls to flock to submarine periscopes to reveal submerged U-boats. pic.twitter.com/t9WdfqC7Fu

9. That sounds about right for him.

He loved to play the tough guy.

The cats probably wouldn’t play along. You know how they are…

In the 1960s Operation 'Acoustic Kitty', the CIA tried to equip cats with radio transmitters to eavesdrop on Soviet conversations. It didn't work. pic.twitter.com/RiR3MNRsFu

No, not that kind! Come on!

Can you get it this time?

Back in the day you sometimes had to climb out of the cockpit to restart the propeller. pic.twitter.com/5MgQWS7cRJ

What are some of your favorite social media pages?

Talk to us in the comments and fill us in.