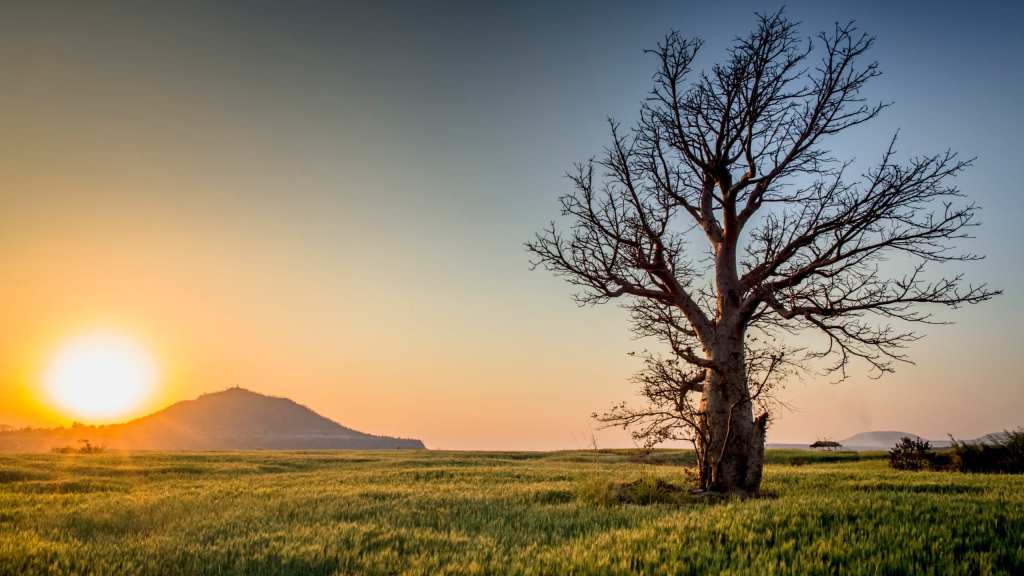 Neighbors can truly make your break your experience. But unfortunately, you don’t get any say in the matter and just have to deal with whoever lives next to you. Even if you move in next to a saint, you can’t control what happens when that person moves along and someone new moves in.

One family really had some bad luck when it comes to neighbors. They returned home from vacation to find that a giant, old tree in their yard had been struck down. They were immediately suspicious of their neighbors but couldn’t prove it … at first.

With a little luck on their side, they were able to get some pretty sweet revenge in the end. You can read the full story below:

Its been 2 years and I can finally post about this. this is juicy so get ready.

Background information: we live in an old and big manor that has been split into 3 attached houses. The houses are about 150 years old and where built around 5 huge giant sequoias which were about 200 years old. In the UK giant sequoias are very rare and the 2 in our garden up the house price by about £60,000. We lived next to 2 really nice neighbors one young couple and one old couple.

The story: unfortunately, our old neighbors passed away, so their child and her family moved in (let’s call her Joe). Joe was instantly a pain in the ass we had been sharing chickens with the previous neighbors and Joe agreed to keep sharing them however on her nights she would constantly forget to put them away so we would have to check them every night anyway. One night her little brats thought it would be funny to open our personal duck pen in the night which leads to a mass slaughter later the chickens went the same way.

About 2 years ago there was a storm and one of her sequoias somehow fell over and died they were distraught (understandably) but from then on, the jealousy started. She would constantly complain about how lucky we were to have 2 sequoias in our garden and how our sequoia was making too much shade in their garden (it wasn’t) anyway we just thought it was Joe being a pain, there were a few dry threats like they will chop it down or maybe the next storm will blow it down.

Until we came back from a holiday to France to find a huge 6-meter stump and nothing else! I mean how the fuck do you get rid of a 100ft tree in like 2 weeks. 2 of our old British oak trees had been crushed as well. My mum and sisters where crying my dad were red in the face and we had no evidence Joe had done it. She claimed that there had been a storm and she had to get rid of it. we had a security camera at the front of the house, but you can get in the back if you go through a few fields.

We then were given an £8000 bill for damages to her property and to have the tree chopped up and removed the wood alone would have been worth a small fortune.

We had lost all hope and 2 weeks had passed when my dad came running in from the garden. We had put up a wildlife camera a few months ago and had caught everything, we got a lawyer on the phone and started our revenge. We got a tree surgeon out who said it was an original specimen brought into the UK in 1860 along with the 2 that were in Elvaston castle country park there were 218 around the UK but only 60 now, he also told us to call out an engineer because the roots might be in the foundation so when they rot it could damage the house, turns out we would need to redo the foundations. Then we took Joe to court and sued them for damage to property, trespassing and lots of other smaller claims. The tree would cost 250K to have another sequoia that was 200 years put in and looked after (it’s basically impossible) plus the damage to the foundation which was 200K and the 2 oaks which were another 25k. so with the smaller claims, It went to about £500,000 ($700,000). They had to move out.

And we have now paid off the mortgage done a lovely loft and kitchen conversion and have basically done up the house and garden as well as plant a 60-year-old sequoia tree in the back garden. We also had our kitchen counter and table made from the old sequoia. We now have a new lovely family living next to us who we share chickens, ducks and pygmy goats with (there very nice and I make a fortune babysitting their kids)

Wow, that is super satisfying. And there was a little suspense, too, since it wasn’t clear where the story was going until dad remembered the wildlife cam.

The people of Reddit were pretty into this story, too:

And seriously, don’t mess with trees. Do you know how long it takes them to grow?

There are enough companies trying to cut them down already, sheesh. 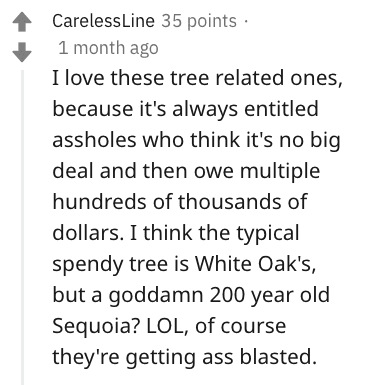 Justice was indeed served in this scenario, it seems. 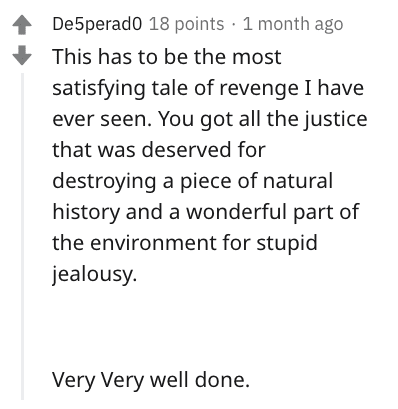 The fact that the neighbor had the balls to send them a bill after she chopped down their tree is insane: 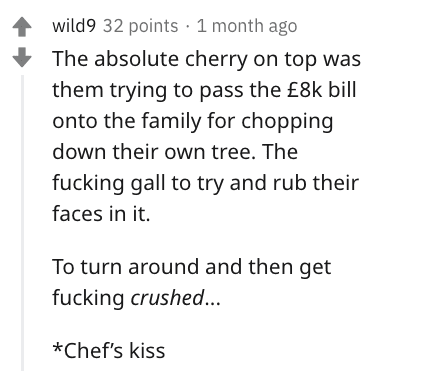 Moral of the story? Don’t fuck with trees, ever, period, for any reason. 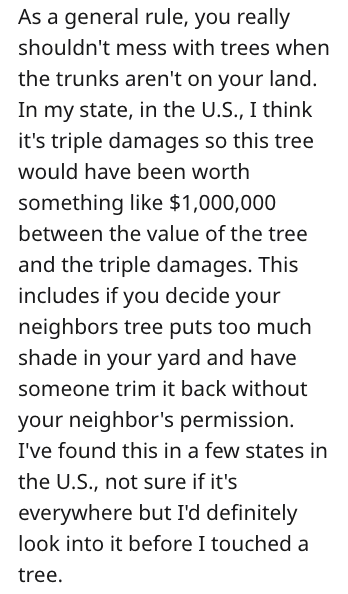 This story was pretty hard to read because there’s no way for the family to get back their giant sequoia, which literally took centuries to grow. But since they were able to get some compensation out of it, the story feels slightly happier at the end.

What do you think about how they handled the situation? Would you have gone to the trouble of taking your neighbor to court over a tree, or just let it slide?