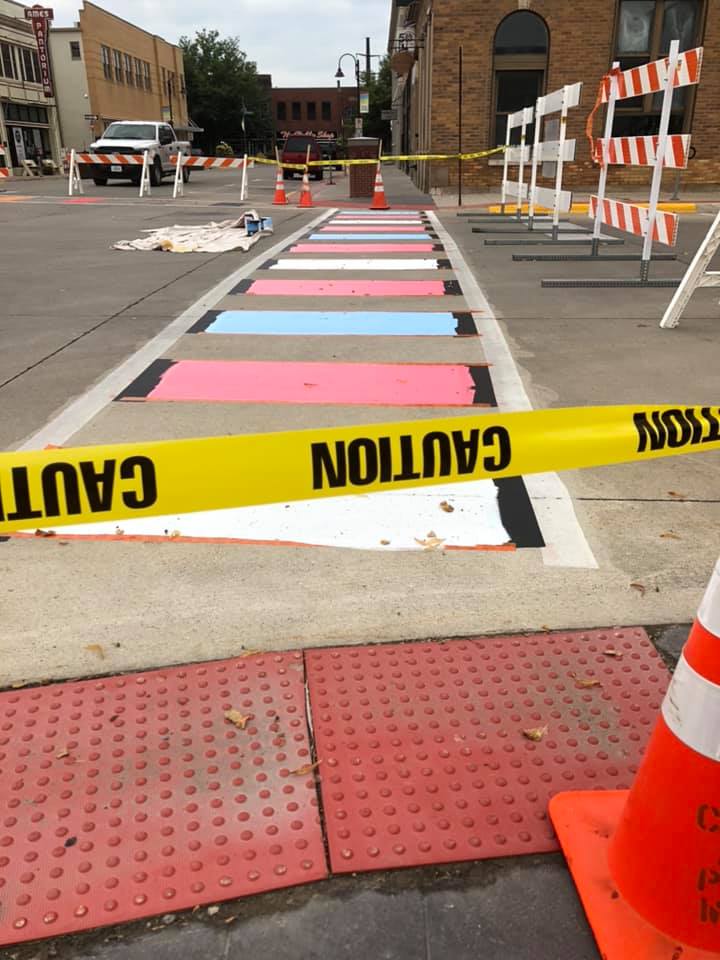 The city of Ames, Iowa, recently installed rainbow-colored crosswalks in its downtown area as a show of support for people of all genders and sexual orientations. The move was meant to serve as a sign to all residents and visitors to Ames that all people are welcome in the city.

But the federal government decided to step in and demanded that the city remove the rainbow crosswalks because they argued they do not comply with federal traffic control standards. So what did the folks in Ames do? They refused to remove the colorful crosswalks.

Federal rules state that crosswalks can only have white paint. The Federal Highway Administration sent a letter to Ames City Manager Steve Schainker that said: “Crosswalk art has a potential to compromise pedestrian and motorist safety by interfering with, detracting from, or obscuring official traffic control devices. The art can also encourage road users, especially bicycles and pedestrians, to directly participate in the design, loiter in the street, or give reason to not vacate the street in an expedient or predictable manner.”

Mark O. Lambert, a city attorney for Ames, sent a letter to the mayor of Ames and the city council and laid out why he believes the city did not have to comply with the federal government’s request.

“With the system of federalism in the United States, the federal government does not have jurisdiction over everything.”

Lambert argued that the government hadn’t yet demanded that Ames removes the crosswalks, only requested it. And he said that no penalties or fines were threatened. Also, the streets are not part of the highway system so they receive no federal funding.

Sometimes, a revolution can be something as simple as a crosswalk. #Ames #Iowa #love https://t.co/Jd76p52XDg

The Ames City Council met and decided they would do nothing about the request.

Nice work, Ames! I can’t wait to take a walk on those rainbow crosswalks myself someday.