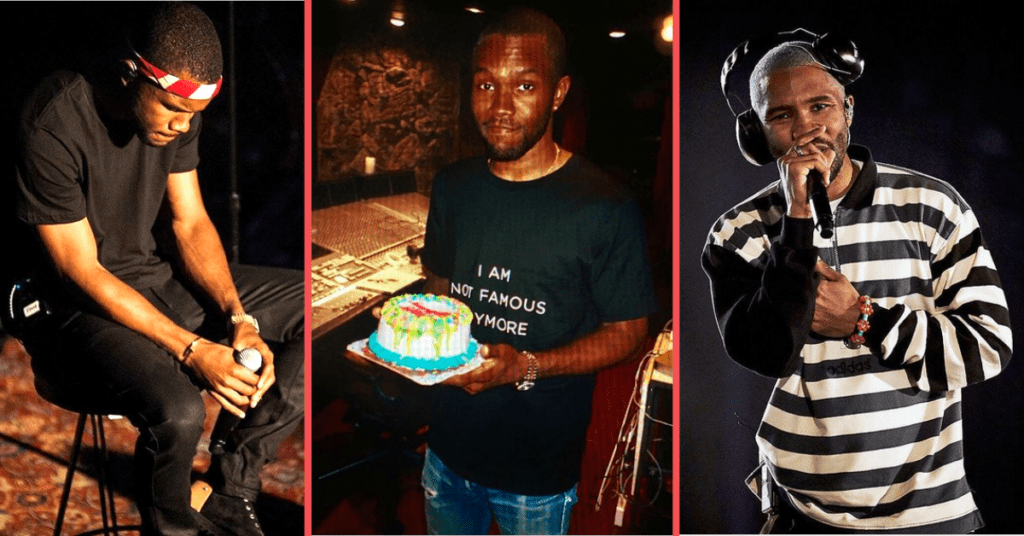 Frank Ocean’s Message to His Younger Self Continues to Inspire

Celebrities often receive an outpouring of love and best wishes on social media when they celebrate a birthday.

Beloved worldwide for his fresh songwriting talents and alternative R&B tunes, Frank Ocean is no different in that respect.

On October 28, 2020, for his 33rd birthday, Blacks Rule Magazine celebrated the Grammy winner with a little Nostalgia of their own.

Referencing a 2011 Tumblr post where a fan asked Ocean, then 24, what he would say to his 19-year-old self who was just starting out, the tweet received thousands of comments and over 100,000 likes.

Instead of brushing the question aside with a flip reply, Ocean opened up to his fans. 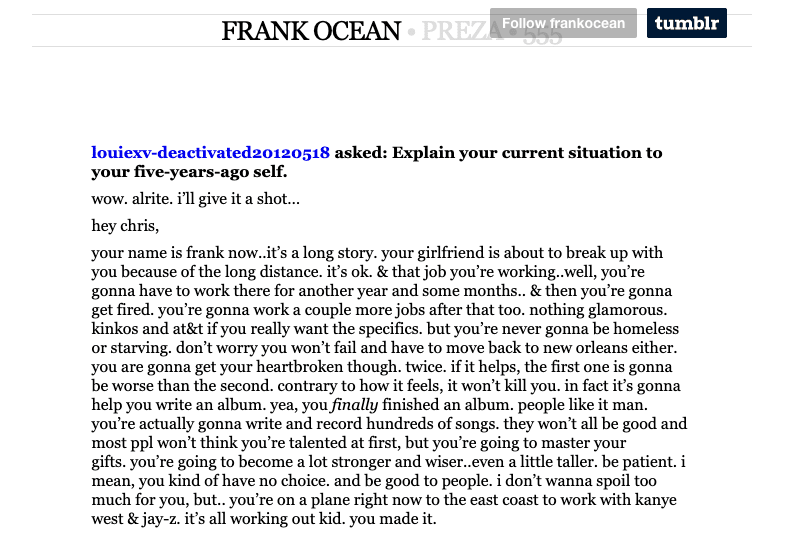 Speaking to his younger self, he revealed that he would change his name, that his heart would get broken more than once, but that despite it all, he would survive and do what he was meant to do.

His words really resonated with fans on Twitter. Many expressed that they were moved to tears by the letter.

Others repeated Ocean’s most profound bits of advice to his younger self.

One user pointed out how his words could be applied to all of life’s struggles:

“Contrary to how it feels, it won’t kill you” vital and can be applied to so many things like depression, anxiety, loniless..just hang on for a little bit longer it’ll pass 🖤🖤

His pragmatic approach to hanging in there really struck a chord with a lot of people:

Most of all people were moved by the fact that in five short years, he got where he wanted to be.

“You made it”. Imagine being able to say that to yourself.#FrankOcean #FrankOcean‘sBirthday

Inspiring fans with the words you shared 9 years ago? Not a bad way to spend a birthday.

His letter certainly made me teary-eyed. How about you?

Let us know in the comments?