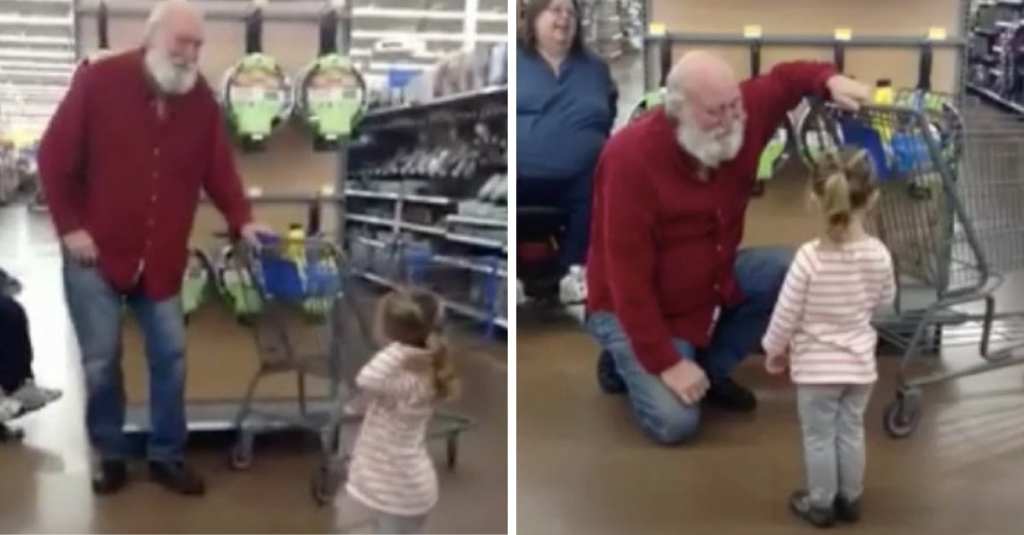 This is a heartwarming story that should make all of us remember what it was like to be an innocent little kid who believed anything was possible. And we all know how important it was for us to meet Santa each year and tell him what he wanted for Christmas. Well, imagine being just a little child and running into Santa…at the grocery store.

That’s exactly what happened when a 3-year-old girl named Sophie Jo Riley noticed a familiar-looking fellow at a Walmart in Hurricane, West Virginia. 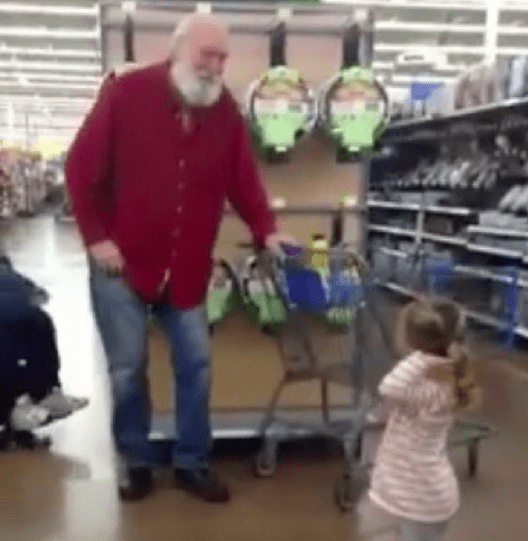 Little Sophie noticed an older gentleman with a big white beard and a red sweater and was convinced that Santa just happened to be out grocery shopping in this small town.

With a little encouragement from her dad, Sophie decided to approach the man, whose name is Roger Larck. She said “Santa?” and Larck immediately got down on one knee and started playing Santa Claus with the little girl. 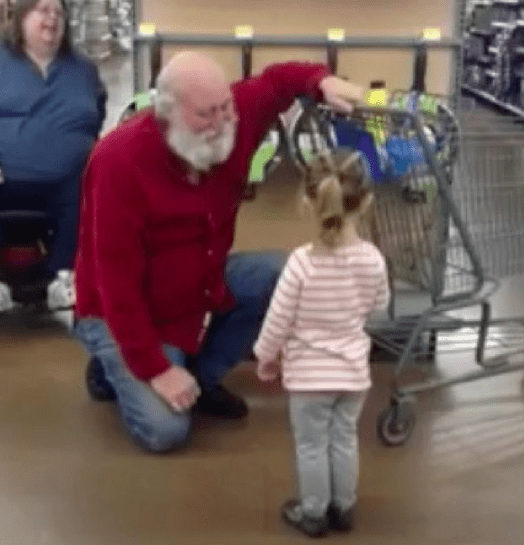 Sophie told him that he should expect cookies when he visits their house on Christmas and that he can have one but the rest are for his reindeer, naturally. 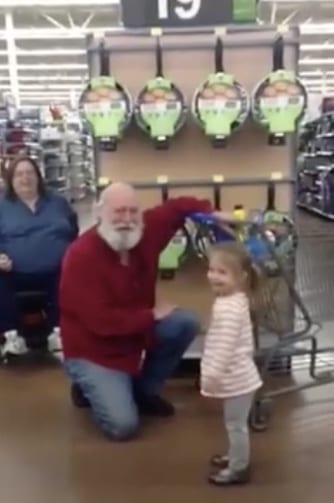 Sophie was obviously delighted about this unique encounter and Larck, I mean Santa Claus, said,

“I’m tickled I’ve been a part of something that other people have enjoyed.

It was just me having a conversation with a little girl.

It melted my heart when it happened.”

The video went viral in a huge way and has been viewed over 1 million times and shared 14,000 times.

Here is the whole video of this adorable exchange.

Heartwarming, to say the very least.

What do you think? Is your day officially better?