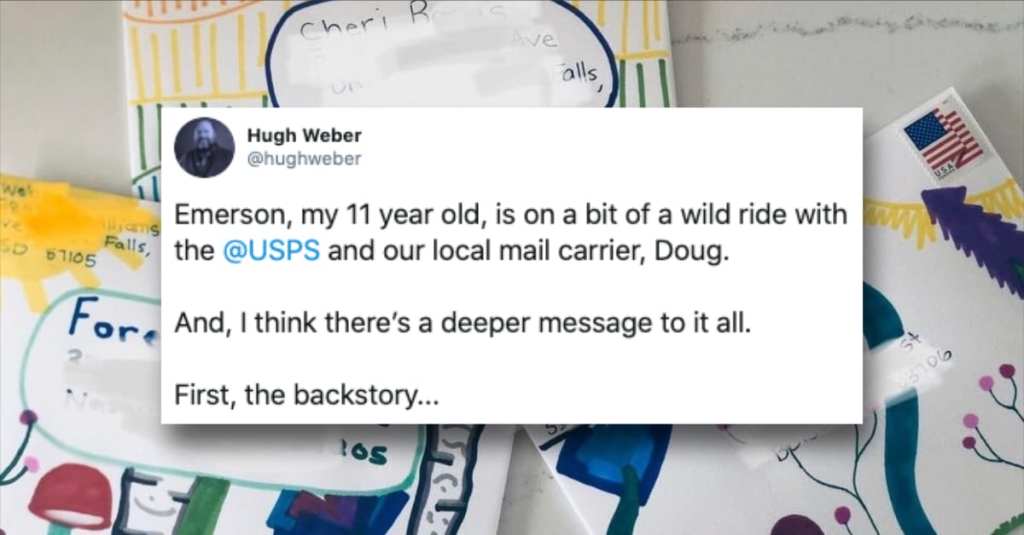 Writing letters may be old-fashioned, but an 11-year-old just reminded everyone why it’s never too late to take up an old tradition.

Hugh Weber has a daughter named Emerson. And with a single thank-you note to her mail deliveryman, she sparked a crazy correspondence chain with the USPS that has become a story you simply can’t stop reading about.

Her father took to Twitter to explain the amazing chain of events.

Em has a serious letter writing habit. She maintains active correspondence with over a dozen of her favorite people. And, if you’ve been the lucky recipient of one of Em’s hand decorated letters and envelopes, then you have a pretty good idea of the joy they bring. pic.twitter.com/82FnWRsD5B

According to Hugh, Emerson writes to more than a dozen of her “favorite people.” She decorates the envelopes by hand, and they certainly boast bright colors and interesting designs.

Because of her dedication to writing letters, Emerson certainly keeps her postman busy. So one day, she decided to thank her mail carrier, Doug, for his hard work and dedication to making sure her recipients received her handwritten, hand-decorated letters. 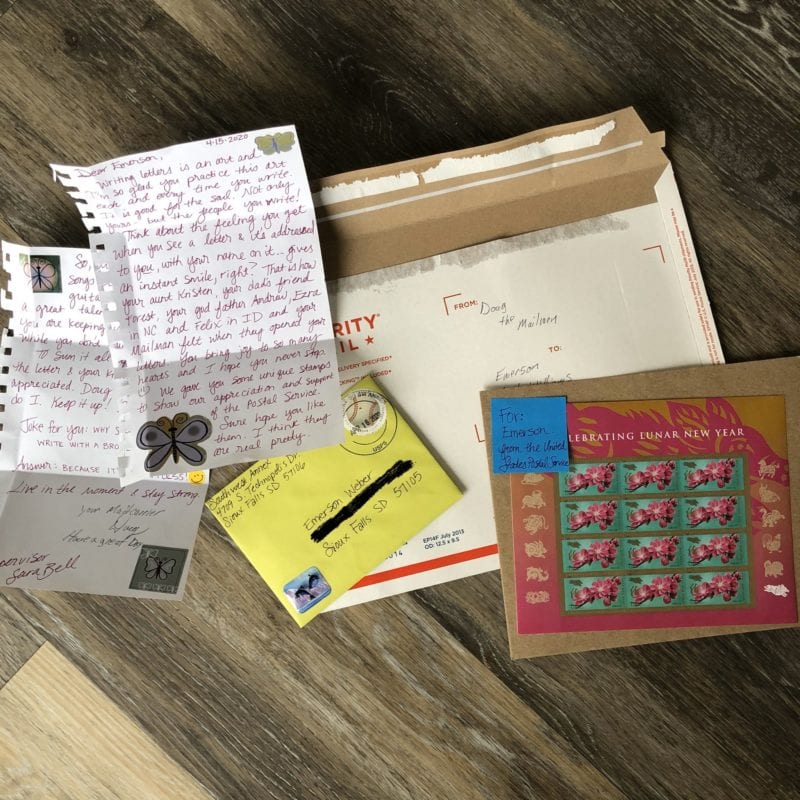 Incredibly, the day after sticking the thank-you note in the mail, she received a package that included stamps and two letters. Amazingly, after Doug shared Emerson’s letter with his supervisor Sara, she wrote a letter of her own. In it, she explained that Doug’s duties would keep him busy, but that he’d receive any letter Emerson wrote to him.

Sara shared the 11-year-old’s letter in a regional newsletter for Western USPS employees, and many started sending letters of their own to the inspiring kid. Doug showed up with two boxes filled with letters from his fellow USPS employees. They shared jokes and expressions of appreciation for Emerson’s efforts.

In addition, they even shared some of their feelings about being away from their family or the difficulties of their job, as Hugh shared on Twitter.

Today, we saw Doug getting out of the truck with two BOXES of letters from around the country. We snapped a quick photo through the door as he and Emerson met for the first time. It was a beautiful moment on silent reciprocity. pic.twitter.com/WjpOJmxoNf

Overall, the efforts of a young girl led many to open up and share their feelings and struggles through her father’s Twitter DMs. Ironically, Emerson’s age didn’t stop her from using an old way of communicating to inspire many people to do the same. So consider folding up your laptop, picking up a pen and paper and writing a letter to someone meaningful in your life.

When was the last time you wrote a letter? What was it about?

Tell us about your letter writing experience in the comments below!