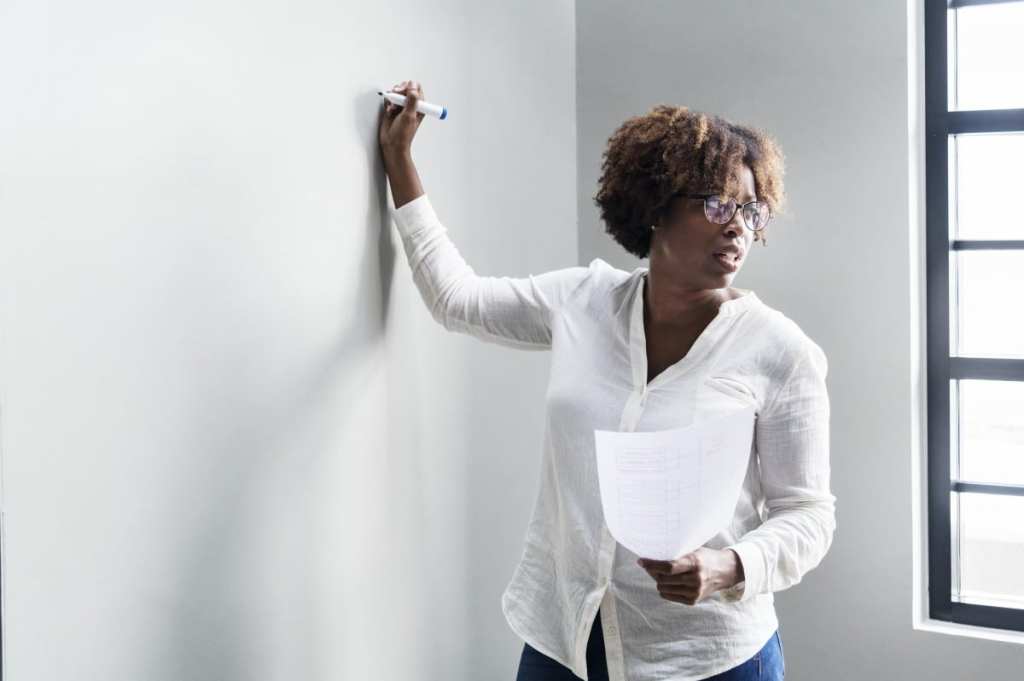 A lot of us had the kind of teachers in high school who everyone thought was a total hardass but deep down they were just trying to give us some valuable life lessons. And, if you needed them in a pinch, they were there for you 100%.

A Reddit user recently shared his story about how the “tough”, “mean” teacher from his high school was actually a great person and other folks were moved by the wholesomeness.

“I had a teacher in high school who had a reputation as being the super tough/mean, older African American lady. She taught health class. There was a mandatory CPR class that we had to pay for, and there was no way I could pay for anything in those days. CPR day came, and she told me to go with the other students.

I gave her a confused look to which she replied “You’re good baby.” And she had paid for me. Later in the year, i fell asleep in her class. It was a home game day (basketball), and she told me to lay back down after the bell had rung. It was the last period of the day, she told me she’d wake me up before I had to report to the gym. She dimmed the lights, and played some light jazz while she did her work at the computer.

I hadn’t been sleeping well at home and I’m guessing she knew. I woke up when she brought the lights back up and she handed me one of her “cup of soups” she had warmed up. We never really spoke much, but she had my back and I made sure she knew I had hers. THE MOST WHOLESOME: On senior night, they introduce the players and say some stuff about em as they walk to center court, typically with parents arm in arm. When it was almost my time to walk, she saw that I was alone.

Bless her heart, she bout fell down from her seat running towards me. She put her arm through mine and just looked forward, chin up proud as hell as they read my stats/grades/etc. I remember that walk and how I wish I had a picture or recording from that day showing how big I must have been smiling.

My friends mothers had tears in their eyes. They made sure to invite me to dinner with them after the game and I made sure it was ok that I brought my teacher. She politely declined and just told me she was proud of me.

After I had graduated, and was a bit better on my feet, I returned to visit her. It was honestly the only thing that could get me back in that place. Each time I’d bring flowers and/or food and made sure to do it in front of students and made sure they knew to respect her.”

People who read the story replied and some had similar stories.

It’s really nice that people are sharing their thoughts. 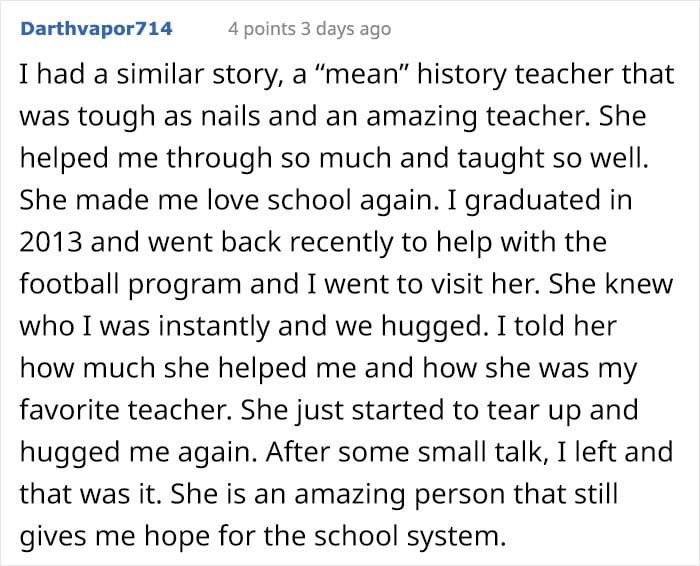 Because this story really struck a chord.

That’s about as wholesome as it gets, right there! 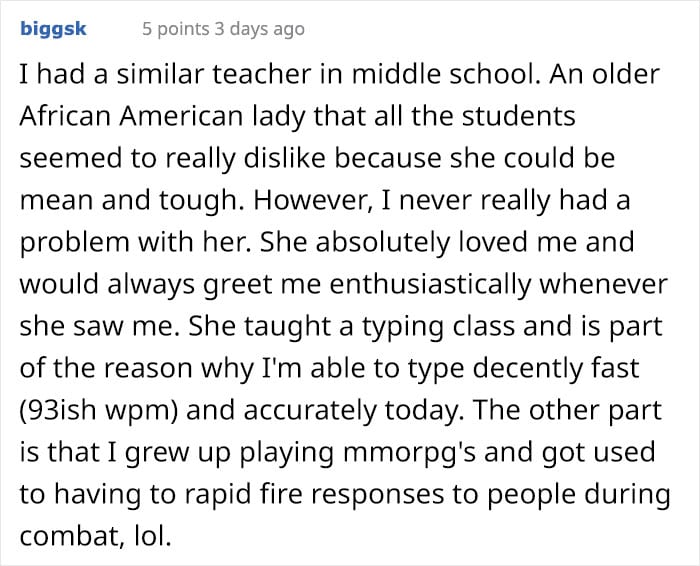 What do you think about this story? Have one of your own?