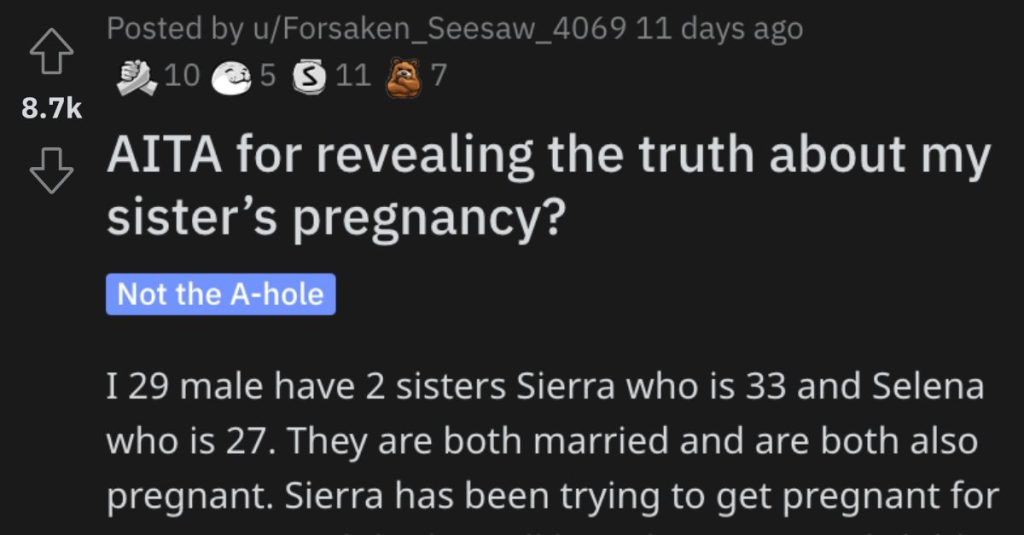 He Revealed the Truth About His Sister’s Pregnancy. Is He a Jerk?

When it comes to sisters and babies, there’s bound to be some mixed emotions…and probably some jealousy.

AITA for revealing the truth about my sister’s pregnancy?

“I 29 male have 2 sisters Sierra who is 33 and Selena who is 27. They are both married and are both also pregnant.

Sierra has been trying to get pregnant for many years while this will be Selena’s second child. Our whole family is excited for them of course, and since I am close to both of my sisters they gave me their gender envelopes so I can plan the celebrations. I am an event coordinator.

The original plan was to have a double gender reveal first and then have a double baby shower later. However, last minute Sierra told the family that we should just have one big party in order to save money and time and also because COVID numbers are rising again.

We all agreed and I revealed to the family that both my sisters are having girls! We just had their party last month and everything went well. I threw the most lavish party I could come up with for my future nieces.

However, last week I was over at Sierras house and went into her bedroom to grab a pen from her desk. When I opened the drawer I found an opened gender envelope addressed to Selena. I saw that Selena was actually having a boy and not a girl.

When I confronted Sierra over text about having Selena’s open envelope, she confessed that she switched the envelope before I took it to plan the party. She also confessed that she’s pi**ed about Selena being pregnant for a second time and that it’s not fair for her first child to have to share the spotlight . Especially considering the years of infertility she faced. She made me promise not to tell anyone.

I sympathized with her at first but I asked her what’s the point for changing the gender? Sierra said and I quote “I tricked Selena into coordinating her baby registry list with mine. So whenever she finds out that she’s actually having a boy, she can give me her registry things.

Plus she already has a son and her husband is a doctor, so she can afford to buy new things for her son or just rely on hand me downs.”That statement felt so disgusting to me and I couldn’t believe what I was hearing.

What’s even worse was that yesterday Selena and her husband came back from the doctors office and were heartbroken to find out they’re actually having a boy because they already made a girl nursery room.

She apologized to me profusely about having to plan the wrong gendered party and that her guests wasted money on the wrong gendered things. When I saw tears in both her and my brother in laws eyes I couldn’t stop myself from confessing the truth. Rightfully so, they both became extremely angry and told our family what I told them.

As of right now, Selena is only talking to me and nobody else. Sierra on the other hand got the whole family on her side. My family told me I had no reason to cause drama.

They’re also telling me that Sierra’s health is at risk from all the stress and if something happens to her first and possibly only baby, I am at fault. But frankly I don’t give a d**n about Sierra anymore.

This reader said that this story is baffling…and they’re not a fan of gender norms. 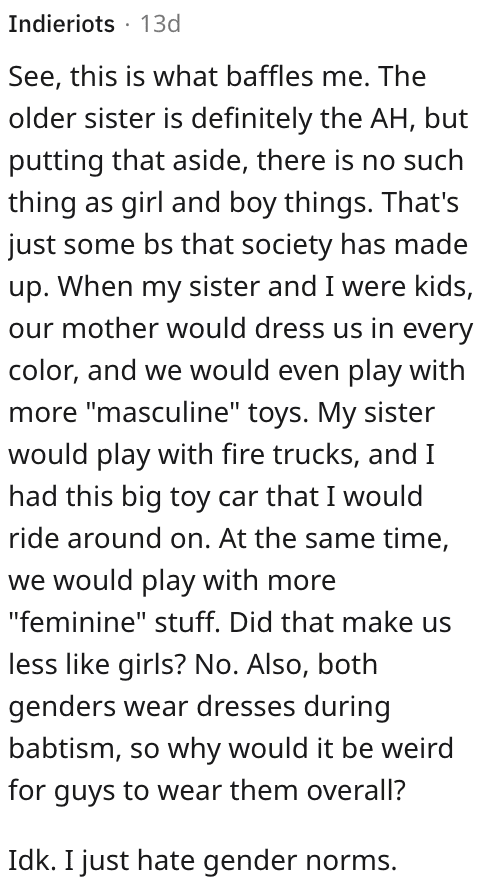 Another individual said that the guy who wrote the post is not the a**hole here. 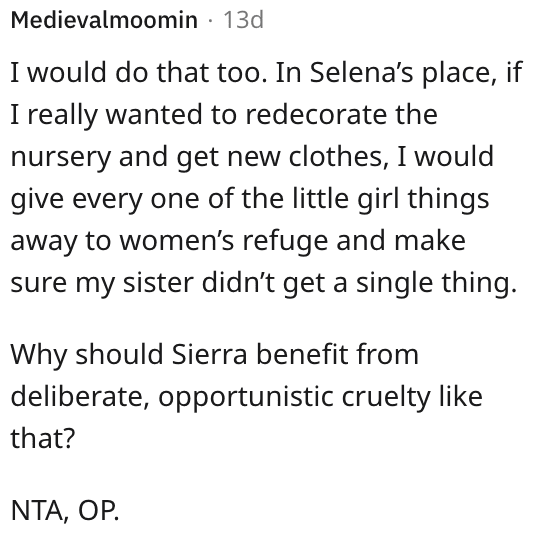 And this Reddit user said that the sister seems to be pretty selfish. 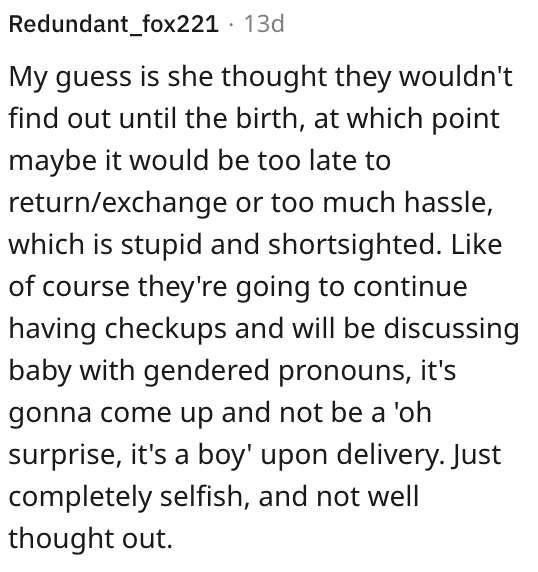 And finally, this reader said that they can’t believe his family took the sister’s side. 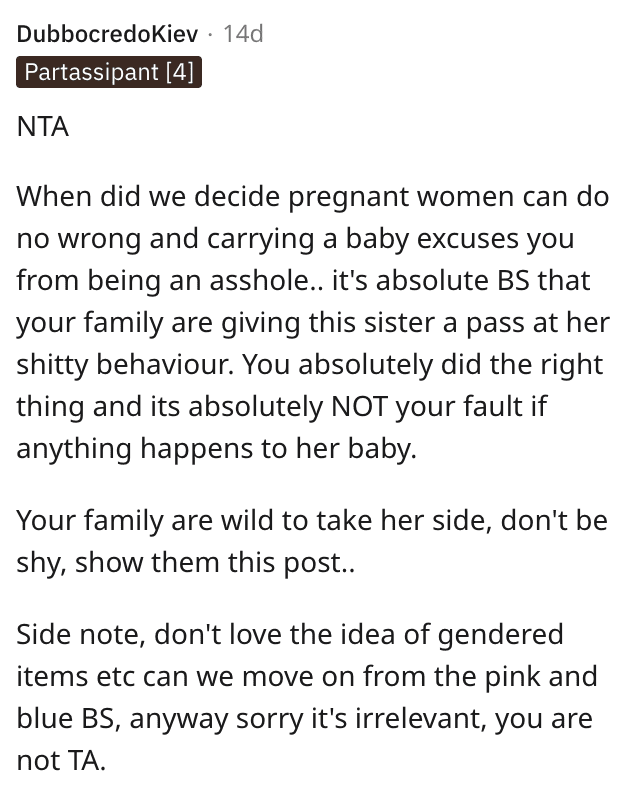 Please do it in the comments!