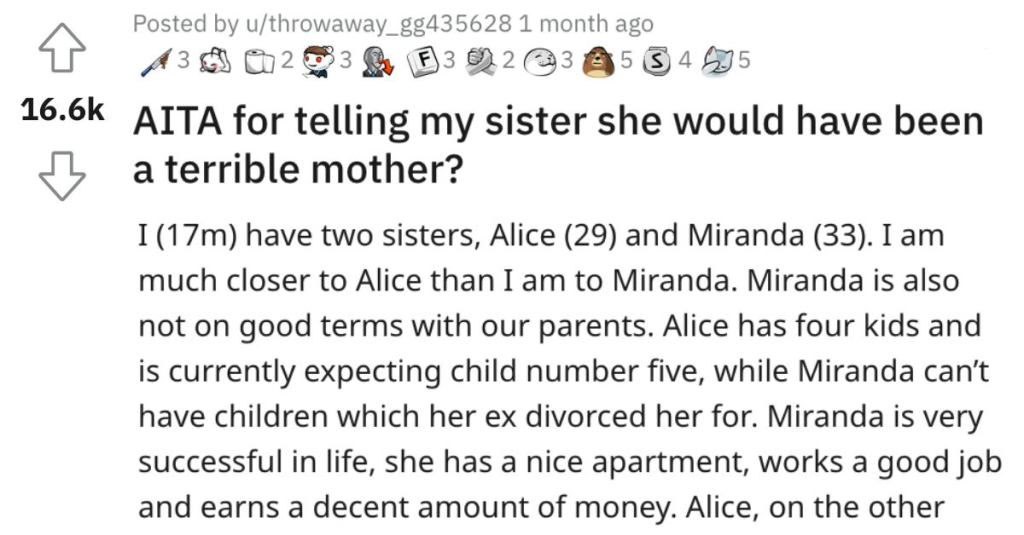 He Told His Sister She Would Be a Terrible Mother. Was He Wrong?

I would think that you should never tell someone they would be a terrible parent, but I guess sometimes things get heated and you take things too far…

Especially when it comes to family members…

Check out this story from Reddit’s “Am I the A**hole?” page and see if you think this guy stepped over the line.

AITA for telling my sister she would have been a terrible mother?

Miranda is also not on good terms with our parents. Alice has four kids and is currently expecting child number five, while Miranda can’t have children which her ex divorced her for. Miranda is very successful in life, she has a nice apartment, works a good job and earns a decent amount of money.

Alice, on the other hand, is struggling financially. She had her first kid right out of high school and got pregnant with her second child soon after, so she decided to become a SAHM to her children while her boyfriend provides for them.

Me and my parents try to help them out as much as possible, be it childcare or money, whatever she needs. I love my nieces and nephews. I take them to the park and play with the older ones, I really enjoy it. Miranda doesn’t help out with them, she says it’s because she’s too busy.

Well, she works long hours, but she doesn’t have kids, so I don’t know what she does on weekends. She also doesn’t help out financially, which I find unfair, since she makes so much money and all she does is spend it on herself, although she does give us very nice gifts for Christmas and birthdays. My parents nag her about it, saying she should give some of her money to Alice monthly, and I agree with that.

So, here comes the part where I may have been an a**hole. I was at Miranda’s place last week, as she baked muffins and invited me over to eat some and catch up. We got on the topic of Christmas presents and I told her some of the stuff I wanted.

She nodded and said she would give our parents a coupon for a much needed vacation and Alice some clothes she had mentioned and also some new boots and jackets for her kids. I was a little stunned she didn’t have more for Alice, so I asked, “Why do you only get Alice the bare minimum? You can afford to help out more and you refuse to out of spite.”

Miranda looked at me and laughed. She said it wasn’t her business to feed six people, that Alice was old enough to make her choices and live with the consequences. She knew what she was getting herself into and that she wouldn’t pay Alice’s way through life just because she kept having children she couldn’t afford.

I was stunned at how cold she reacted. I asked her how she could live her life being so selfish and uncaring, and she got angry and told me, “Listen, kid, there are some thing you are way too young for to be discussing with me, and this is one of those. Drop the subject or get out.”

I got really frustrated with her and said something I probably shouldn’t have. I told her, “No wonder your husband divorced you, even if you could have children, you would be a terrible mother.” Miranda got very quiet and told me to leave and never come back.

She has now blocked me on everything, and though I don’t agree with her not helping out, I’m starting to feel guilty for what I said.

Oh, boy…now let’s see what Reddit users said about this.

One reader said that this guy is an a**hole and his comment was over the line. 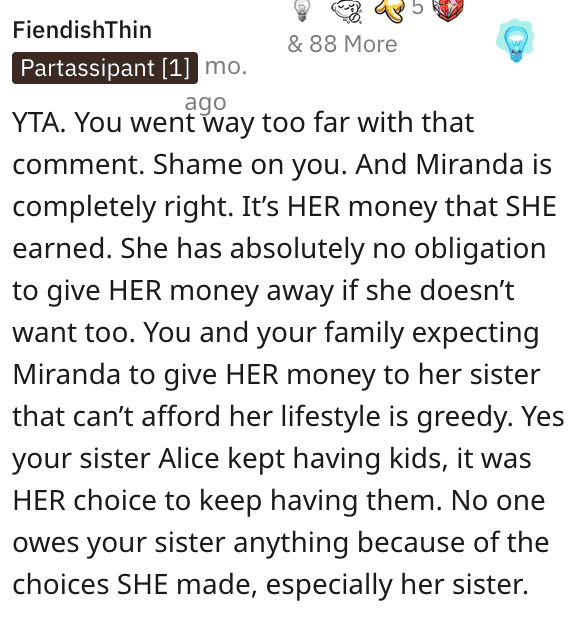 And another Reddit user said that this young man was wrong on multiple levels. 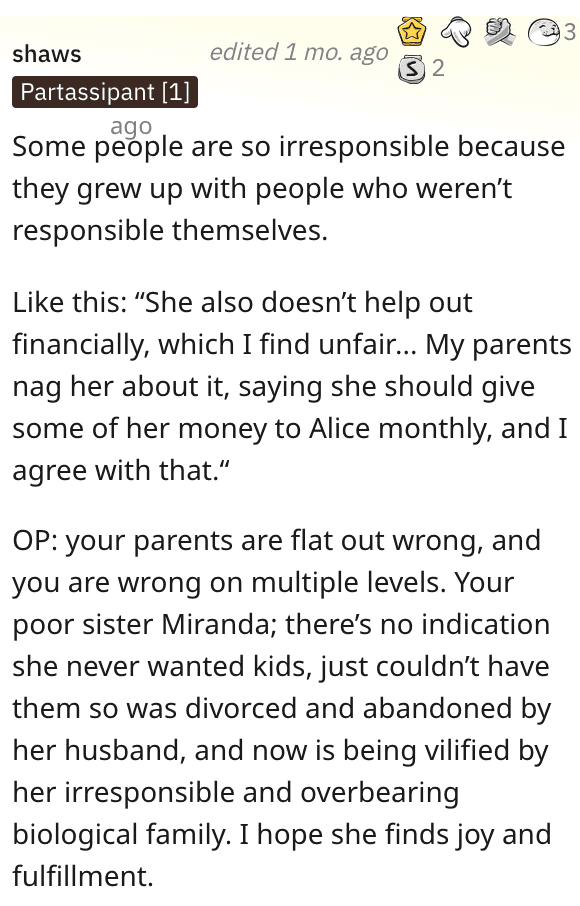 Lastly, another person made a good point about something that was said…have a look. 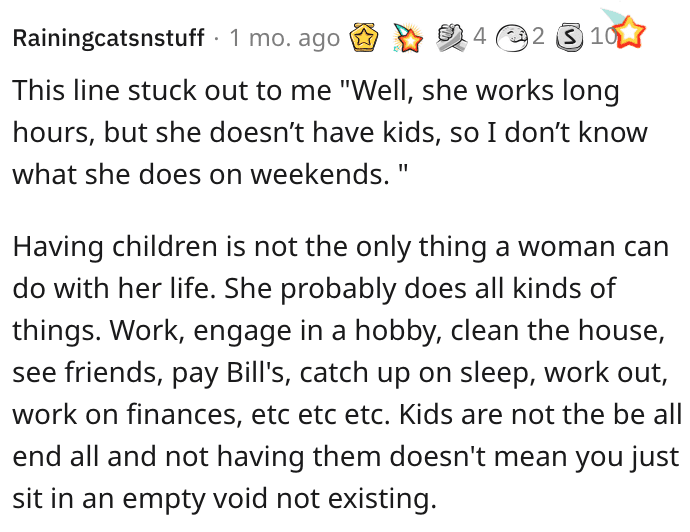