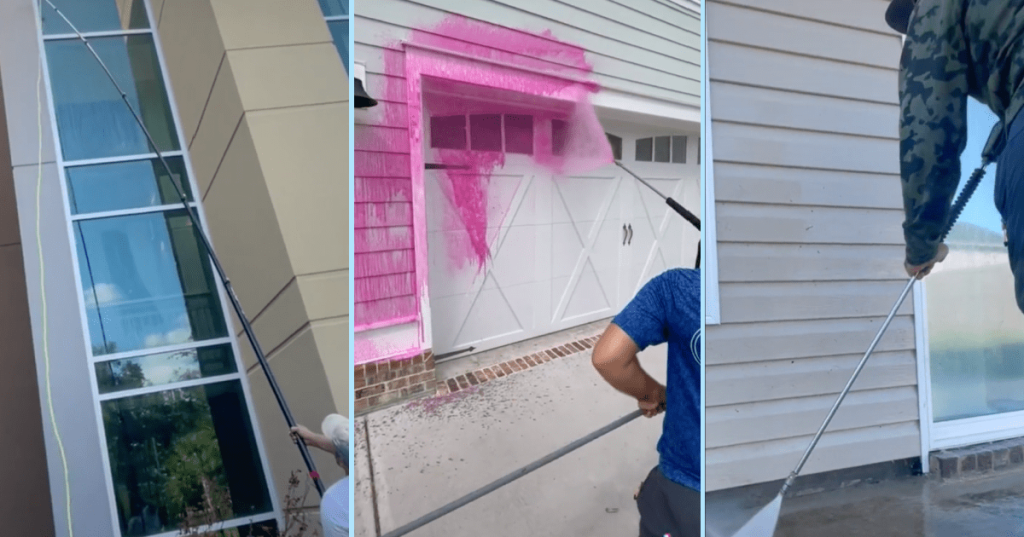 How One Pressure Washer Found Out A Client Totally Stiffed Him

There’s no shortage of stories online about people who are super entitled or trying to get out of paying for goods or services they’ve already received. They can be infuriating to read about, but I imagine when one of those people is threatening your livelihood, it’s more than a little bit irritating.

This man, who makes his living pressure-washing houses (among other things), filmed himself going to confront a deadbeat customer who hadn’t paid his bill…only to find out the man had up and moved.

The clip, posted by @allaboutpressurewashing, has garnered over half a million views and shows the man, ready to confront a customer who hadn’t paid for over 7 months.

When a complete stranger answers the door, though, he learns that the deadbeat customer actually moved about a month after having the house pressure washed.

“He stopped responding to my emails, texts, and phone calls. Not only did he s*%t me out of payment, but I helped him sell his house. Well played, dirtbag. Well played.”

In an update, he posted that he wasn’t the only one who got screwed by this former homeowner, either – the realtor, roofer, and a carpet company were also out cash. A couple of them have pursued legal action, and that might be the only recourse for the pressure washer as well.

What an absolute gem of a person, y’all. I can’t believe folks actually think behaving like this is ok.

Unless you’re looking to rack up some felony charges of your own, do not try this at home.