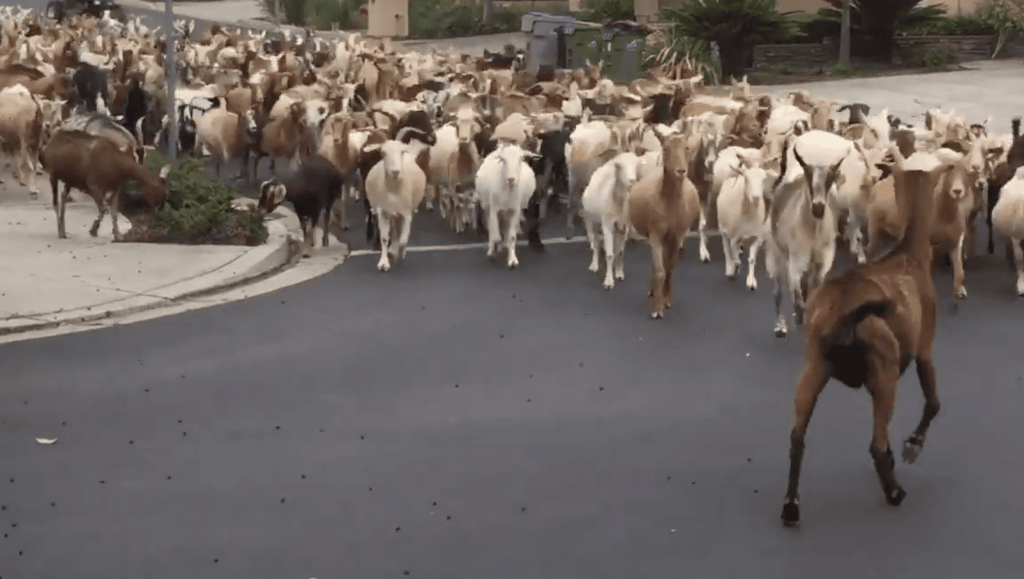 Hundreds of Goats Got Loose and Stormed the Streets of San Jose, California

Since this whole lockdown began, we’ve been seeing quite a few examples of animals taking back the land. Sheep, cows, and all

Well, here’s yet another instance of this phenomenon to show all of you.

In San Jose, California, a Twitter user named Zach Roelands just happened to capture a once-in-a-lifetime event on video. Roughly 200 goats broke through a fence and stomped through a neighborhood. 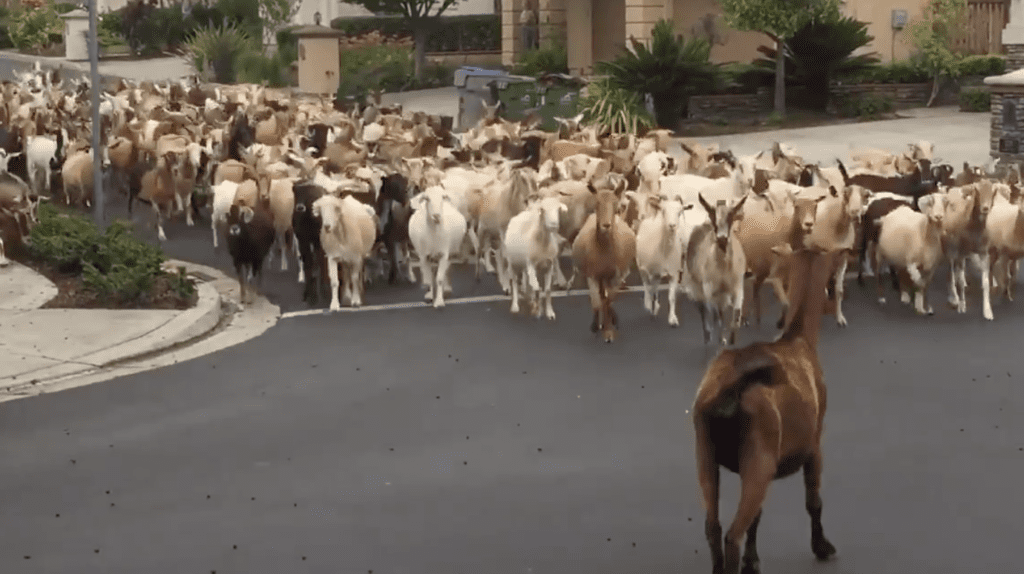 On Twitter, Roelands said,  “When I got back from the store all the goats had broken through the fence and were wreaking havoc on our street. This is the craziest thing to happen all quarantine.” 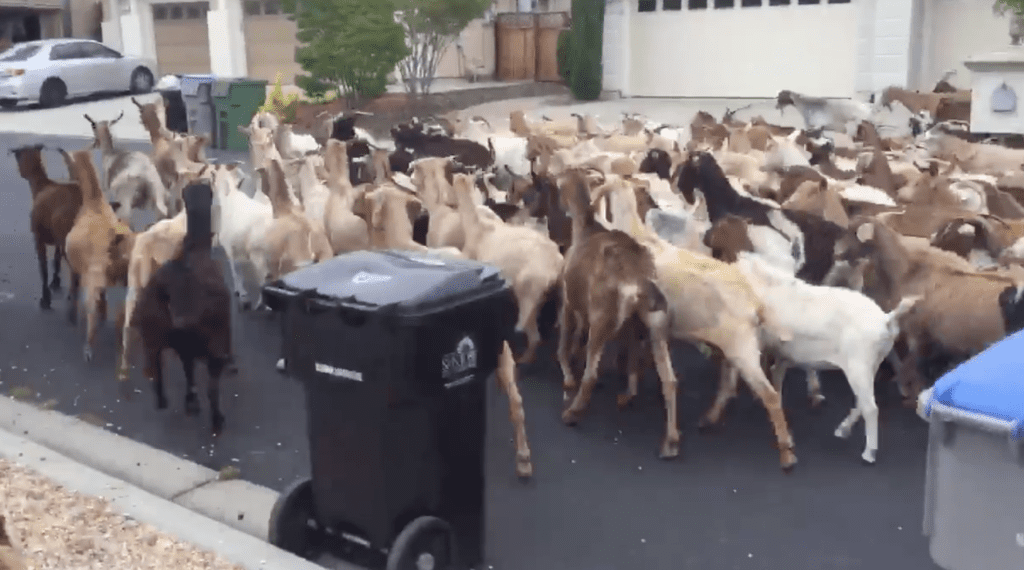 The goats rounded a corner and had people trying to get them all moving in one direction. They’re actually pretty darn orderly for running wild in the streets. 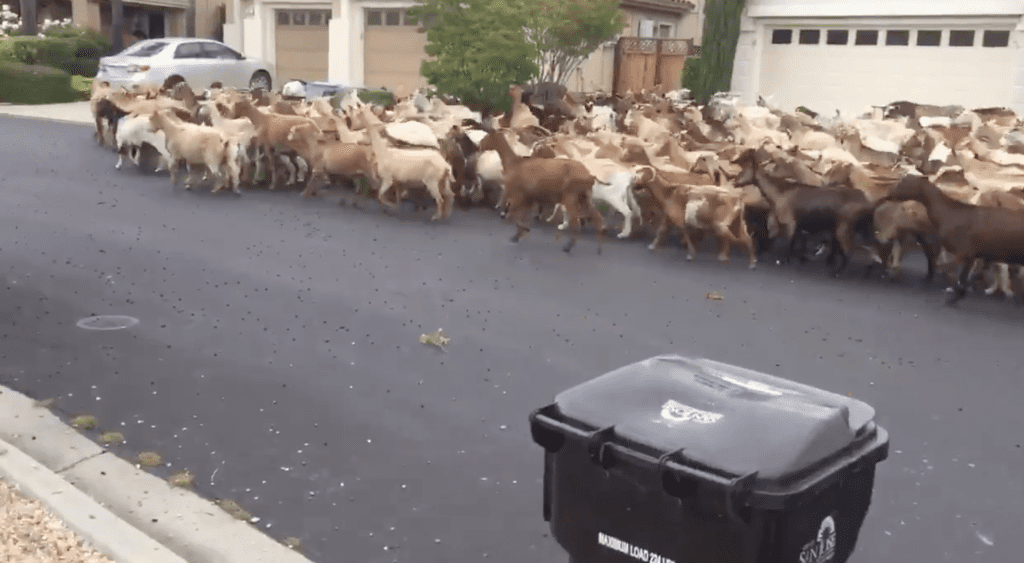 But a couple of the goats stopped to have a little bite to eat in the middle of the chaos. 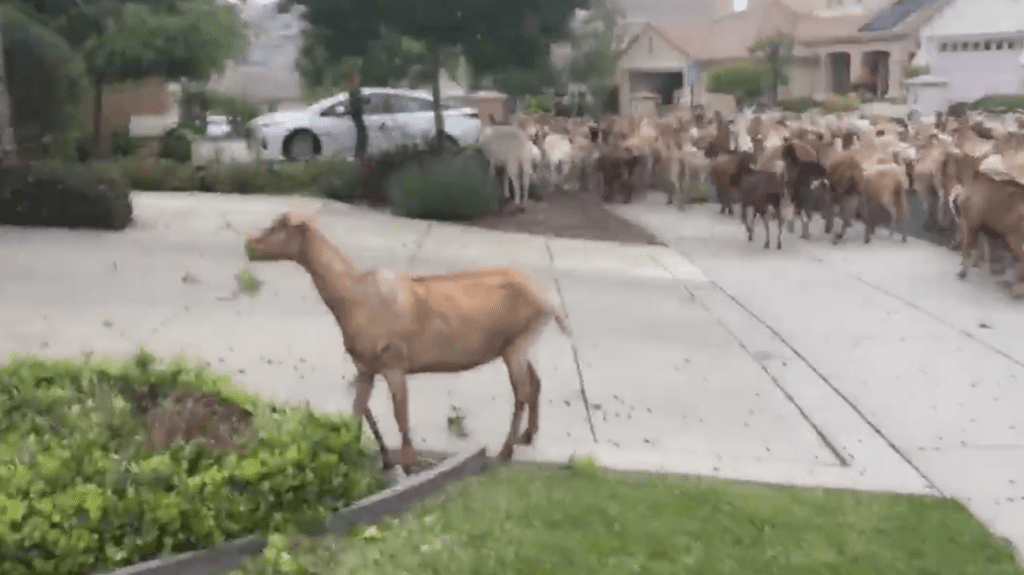 A rancher was able to get the goats back to safety after about five minutes, but it was quite an adventure for the animals and the human residents of the neighborhood.

Without further ado, here is the amazing video that has been video over 4 million times on Twitter.

And Roelands had one small request if you enjoyed his video: please donate some money to help out people who are in need. Click the link in the tweet below to donate!

I can say I’ve never seen anything like this before and I have a feeling a lot of you never have either.

BUT, if you have, please share some stories, photos, and videos with us in the comments of nature gone wild!