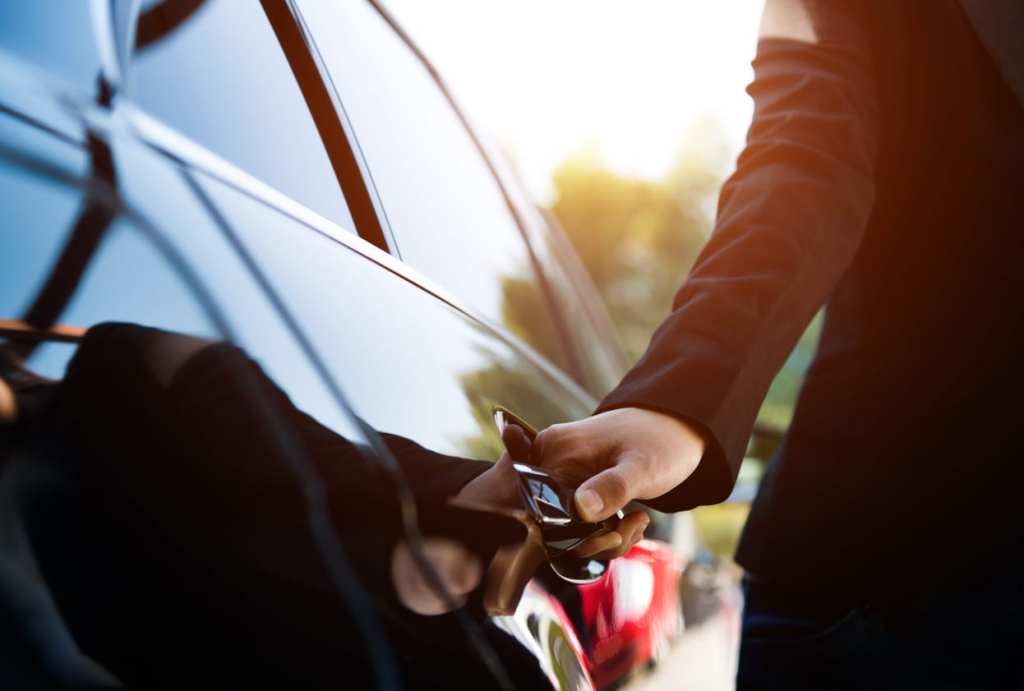 Picking your spouse up from the airport is just one of those tasks that you sign up for when you get married. Nobody likes driving in airport traffic, but on the other hand, it’s nice to reunite with your significant other after they’ve been gone. And if you really get creative, you can make it romantic and fun.

How, you ask? Well! One thoughtful husband dressed up as a chauffeur to pick his wife up from the airport, and not only did she love it, but so did everyone else on the internet.

Mark Lindsey picked up his wife, Sherry Moore Lindsey, in a full suit, white gloves and a driver’s hat. He gracefully took her luggage and left a rose, chocolates, an eye mask, blankets, pillows and water on the passenger seat. The pair have been married for 39 years, and apparently, sweet gestures like this are totally the norm for Mark.

“Only my husband picks up three friends and me from the airport like this!” Sherry wrote on Facebook, alongside photos of the special occasion. “His creativity and love is big!”

Sherry had been on a three-day trip at a missions conference in Atlanta, Georgia. “I looked around and see him dress as a chauffeur at attention and they [church staff] are laughing and I’m shaking my head,” Sherry told News West 9. “This is so typical of him.”

Sherry and her three friends initially shared footage of the moment for family and friends to enjoy, but it went viral.

“The fact that picked up and struck a cord with folks is kind of amazing to us,” Sherry said.

She added that Mark “loves to make people feel special.”

That much is clear — and he’s doing a great job!