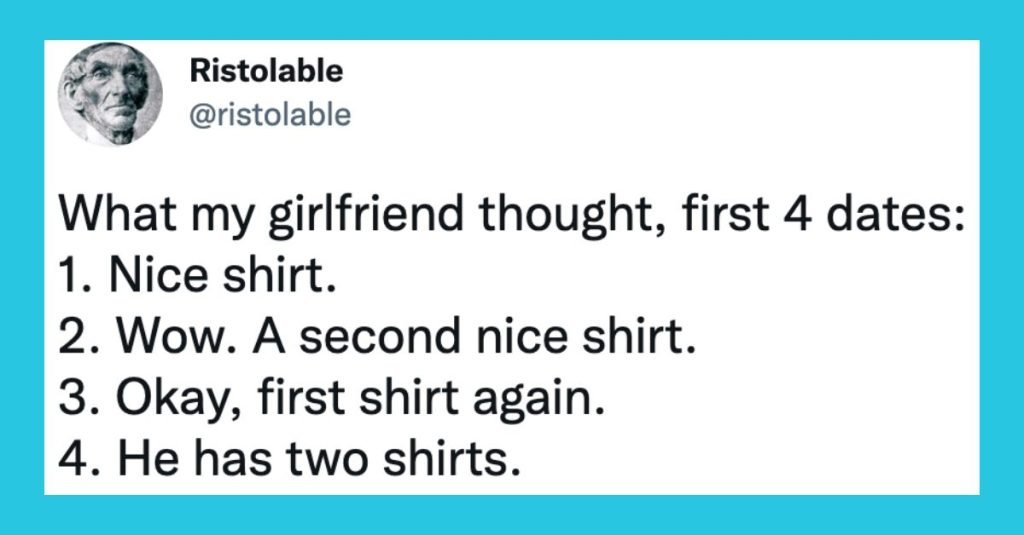 If You Need a Boost, These Tweets Will Do the Trick!

You in the need of a little pick-me-up? Been having a rough time lately with all the madness going on in the world?

I know I am. I’ve been down in the dumps and some laughter definitely needs to be on the agenda to lift my spirits.

And I think I have just the thing for all of us…hilarious tweets!

Are you ready to laugh your ass off and get that much-needed boost?

Let’s do it together!

1. I definitely needed to see this today!

And I thank you for it!

idk who needs to see this but pic.twitter.com/LXSnTQjHz1

A gender reveal party is just fine, though.

My 72 year-old mother just informed me she is going to her first "sex party" and doesn't know what to bring.

It’s hard being a superhero.

Why is my son sleeping on the floor like this? LMFAO pic.twitter.com/JYe0tBeQN7

4. This is some good work, right here.

And we salute you! Whoever you are…

Running shorts copywriter … thank you for your service pic.twitter.com/3G42mD9Ogk

5. Awwwww. Welcome to the family.

It’s a joy to watch them grow, isn’t it?

I got it now. And, that was pretty rude.

Vet: your horse is lame.
Me: *looks at horse through window* he looks fine?
Vet: *cleaning his glasses* he's a fucking loser Dave.

The question is…is she still with you?

10. This person speaks the TRUTH.

Why the two different huts?

Sick of having to go to 2 different huts to buy pizza & sunglasses.

But it was totally worth it…right?

Behind the scene vs the photo pic.twitter.com/vSUTcb1kzU

Have you seen anything on social media lately that you found particularly hilarious?