Iris Apfel, interior designer, fashion designer, textile guru and all around style icon, once said, “Fashion you can buy, but style you possess. The key to style is learning who you are, which takes years. There’s no how-to road map to style. It’s about self expression and, above all, attitude.”

That’s the same attitude that got her, at the age of 97, a modeling agreement with IMG, one of the largest and most important agencies worldwide (it represents the likes of Gisele Bundchen and Gigi Hadid).

The agreement allows for IMG to represent Apfel, not only for modeling, but for other appearances and partnerships. Prior to this, she handled all her endorsements and deals herself. 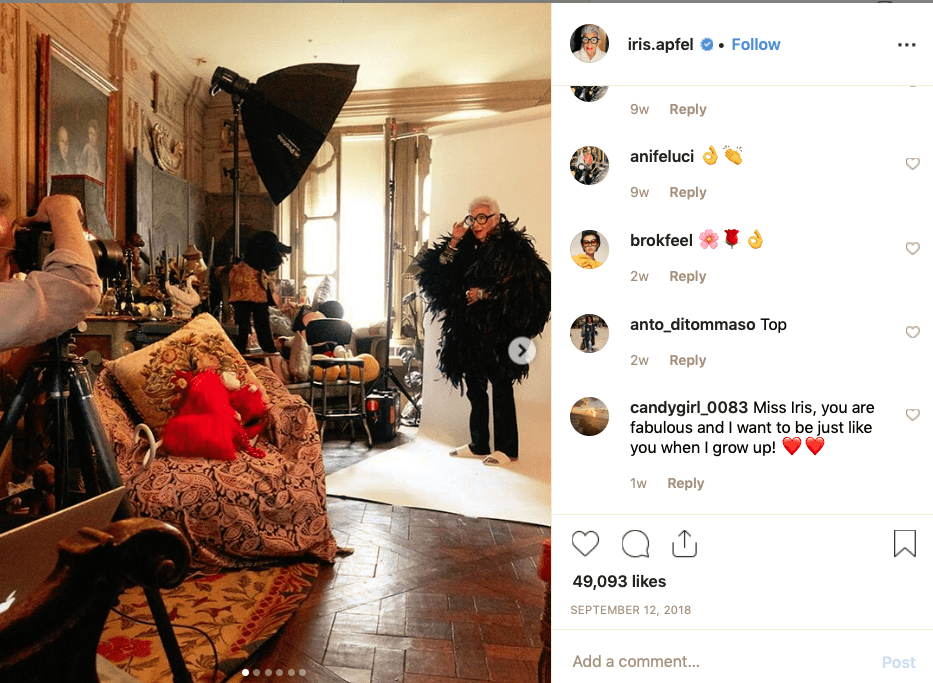 I never expected my life would take this turn so I never prepared for it. It all just happened so suddenly, and I thought at my tender age, I’m not going to set up offices and get involved with all kinds of things. I thought it was a flash in the pan, and it’s not going to last. Somehow, people found me. People would just call. Tommy Hilfiger said that was no way to do it, and he put us together. I’m very excited and very grateful. 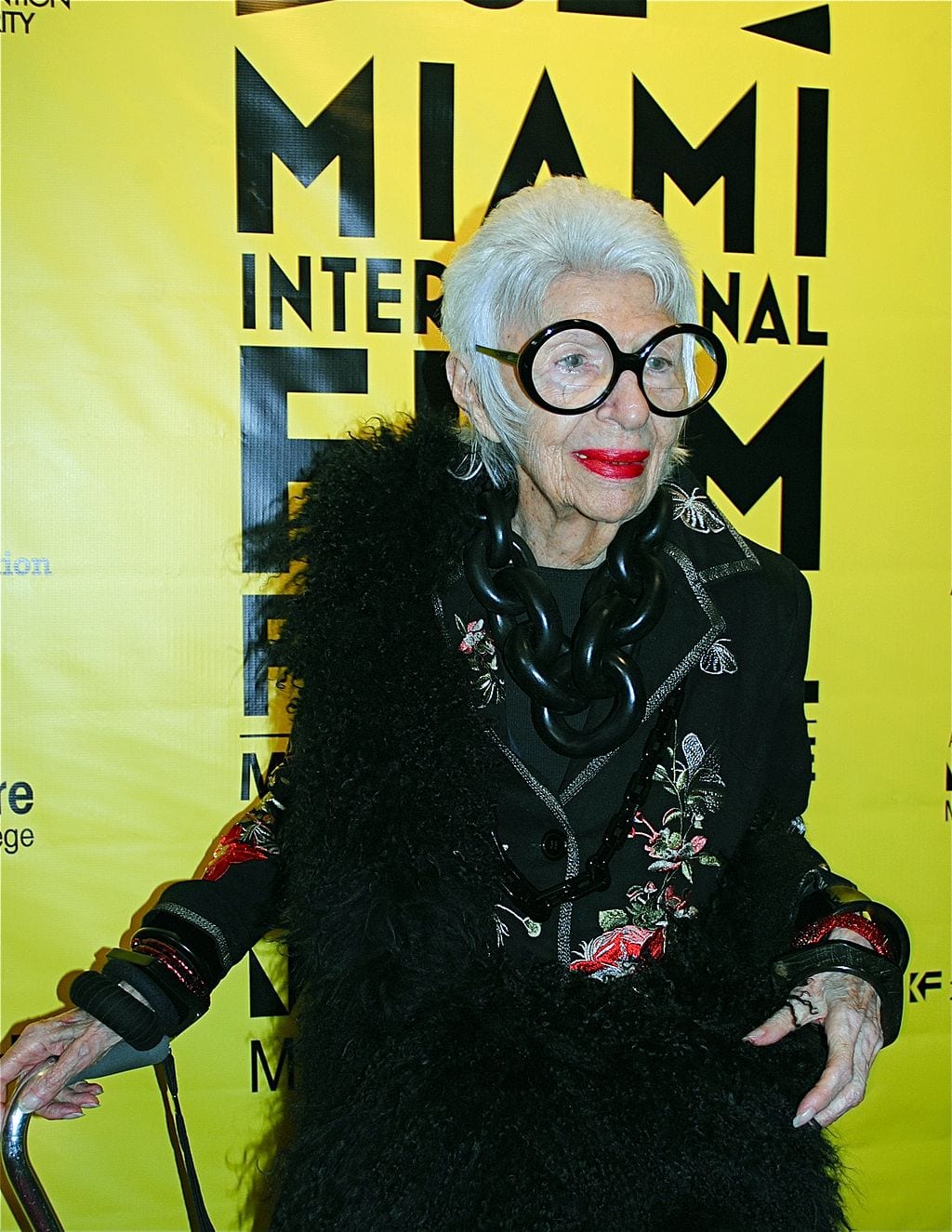 Some of Apfel’s biggest ad deals were with Kate Spade, Le Bon Marche and HSN, but her career began back in the 1950s when she and her late husband Carl Apfel started the textile firm Old World Weavers. Since then her resume has ballooned – she’s been involved with various ad campaigns and designer collaborations, along with nine White House restoration projects over the decades.

When asked by WWD about the attention she’s enjoyed in recent years, she said:

I wonder about that. My husband, until he passed on, we used to sit there and laugh and laugh, and I’d say I’m no different than I was 70 years ago, and all of a sudden, I’m cool, I’m a hot property. It’s ridiculous. People tell me it’s because I’m real…and say what I think. 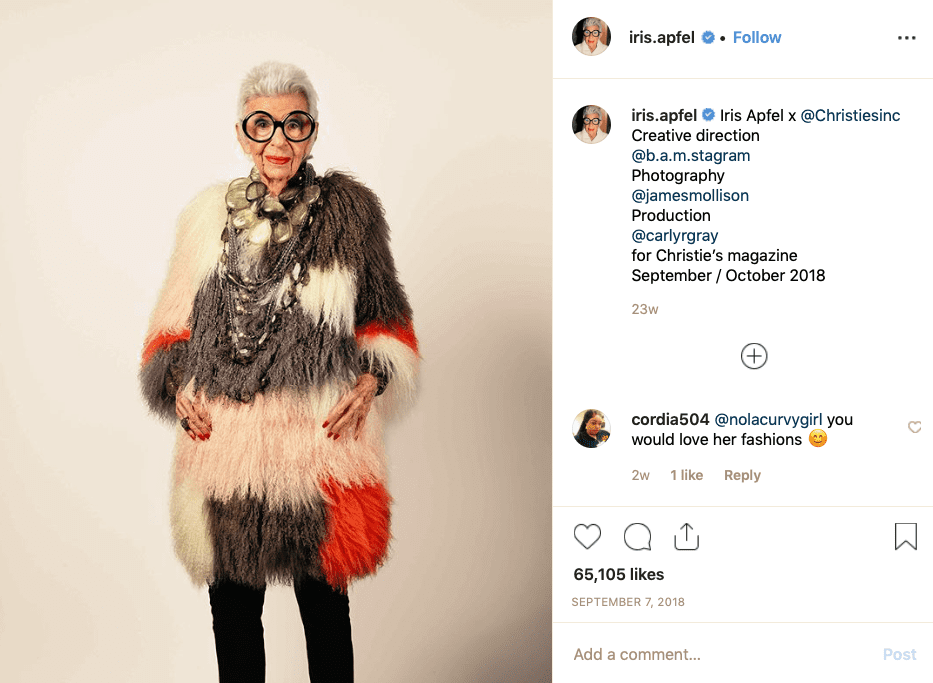 Apfel’s current projects include several museum exhibitions, books, a documentary and a spread in Vogue Italia. She shows no signs of slowing down any time soon.

“I meet interesting, creative people, my juices flow and I really have a fine time.”