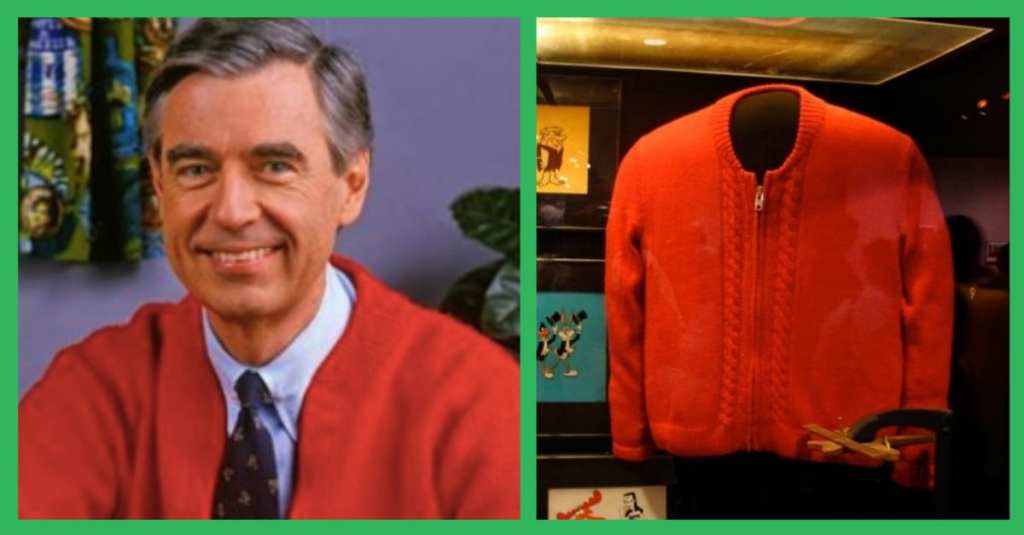 Replacing the Cardigans Mr. Rogers’ Mother Made Him Was Surprisingly Complicated. Here’s How They Did It.

The more people learn about Fred Rogers, the more they’re falling in love with the persona and legacy of Mr. Rogers every single day.

And since he’s a wonderful man worth celebrating, let’s continue the trend and talk about one of his most distinctive features – his cardigan sweaters.

A post shared by Fred Rogers Productions (@fredrogersproductions) on Nov 13, 2019 at 1:30pm PST

Those fuzzy, primary-colored sweaters were sewn by his mother, Nancy, before her death in 1981, but although Rogers continued wearing them on set every day, it became apparent at some point that they would have to be repaired or replaced.

Replacements, it turned out, were not easy to find. The perfect Fred Rogers sweater needed a smooth zipper and a vibrant color, and it needed to convey that warm, fuzzy quality that spilled out of the man himself.

Long story short, this was a VERY tall order!

Comment if you remember when Dean Shostak taught Mister Rogers how to play the glass armonica!⁠ .⁠ We love how this moment shows that it's okay to not be perfect at something the first time you try it.⁠ .⁠ .⁠ .⁠ #uggamugga #pbs #childrensmedia #pbskids #danieltiger #earlychildhood #danieltigersneighborhood #danieltigre #toddlers #toddlerlife #misterrogers #fredrogers #mrrogers #parents #momblogger #discoverunder10k #143 #itsabeautifulday⁠ ⁠

A post shared by Fred Rogers Productions (@fredrogersproductions) on Oct 14, 2019 at 6:20am PDT

One day, art director Kathy Borland noticed that the postal workers in Pittsburgh (where the show filmed), wore perfect cardigans for the task.

She phoned around until she found the distributor of the cardigans, then ordered a bunch of them (in white; she dyed them), and voila – Fred Rogers’ wardrobe was secured through the end of the series in 2001.

If you check out the Smithsonian exhibit on all things Fred Rogers, you can also learn about the Forever stamp dedicated in his honor, why and how Borland had to perform fabric surgery on the sweater’s collars, and why Rogers almost reconsidered his wardrobe altogether after meeting Koko the gorilla.

You can also see one of the original sweaters; Fred Rogers donated one to the museum himself in 1984!

This is one of the many paintings of Fred that grace the Center. #fredrogers #misterrogers #art

Would you want to go check this out? Have you already?