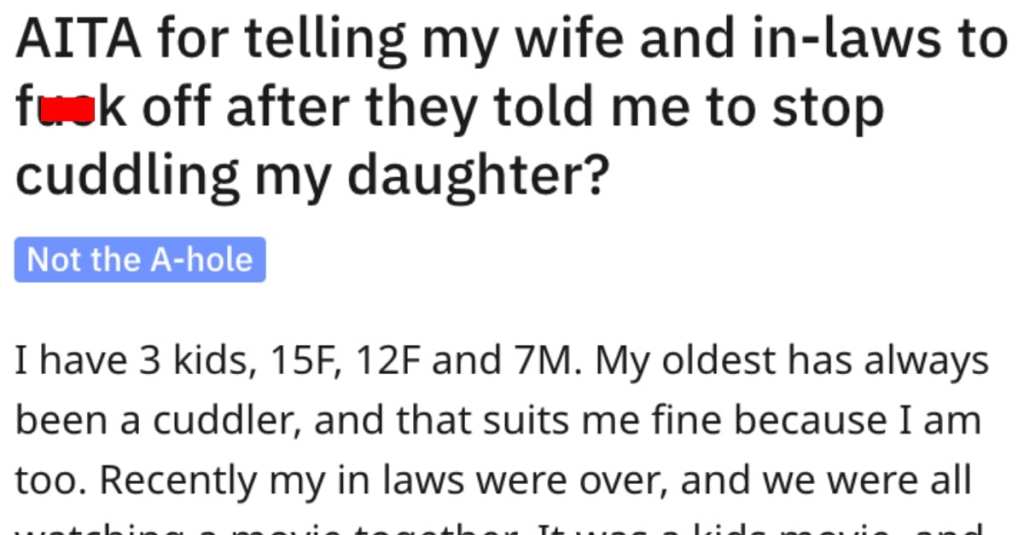 I think some of my married friends out there might know what I’m talking about, right?

Because things can get complicated and much worse when in-laws try to butt in and tell the people who are married to their children how to do things…and here’s a perfect example of that.

The man took to the Reddit “Am I the *sshole” forum to tell his story and ask for feedback. Let’s take a look.

AITA for telling my wife and in-laws to f*ck off after they told me to stop cuddling my daughter?

My oldest has always been a cuddler, and that suits me fine because I am too. Recently my in laws were over, and we were all watching a movie together. It was a kids movie, and so my 15yo was bored out of her mind and tired, so she started to snuggle up to me and go to sleep.

After the movie was over, we sent all the kids to bed/their rooms and got chatting for a bit longer. There was a fair bit of wine involved (I was sober though), and eventually after a short silence my FIL let it drop that he thought it was inappropriate I still cuddled with my 15 yo.

I don’t really know why he brought it up suddenly, but I was prepared to laugh it off and just assumed it was the alcohol. To my surprise, my wife and MIL both agreed with him.

I have a lot of respect for my in-laws, I get along with them great and I consider them closer than my own parents. Obviously I’m quite fond of my wife as well, but I outright told them to “f*ck off and go f*ck themselves” and then left them and went to bed.

I’ve never spoken to any of them like that before, but it felt like the right thing to say in the moment. They all want me to apologize for being so rude to them. AITA?

Edit due to info request: We were not spooning, she was sitting next to me laying on my chest.”

Oh, boy…let’s see what people on Reddit had to say about this.

This person made it abundantly clear that the man was not wrong in any way for his actions. 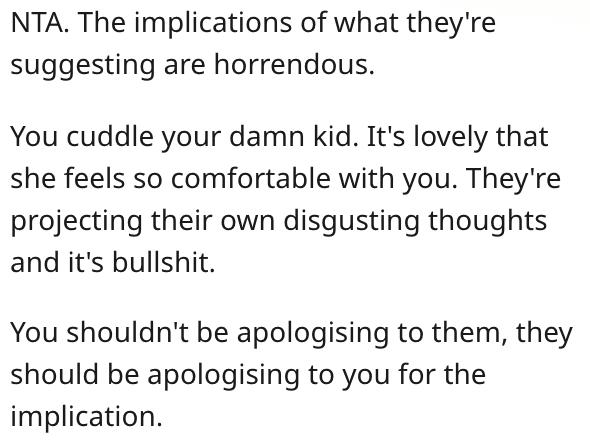 And another reader responded with an interesting take on the whole situation.

Could it be that they were trying to link this dad’s behavior to toxic masculinity? 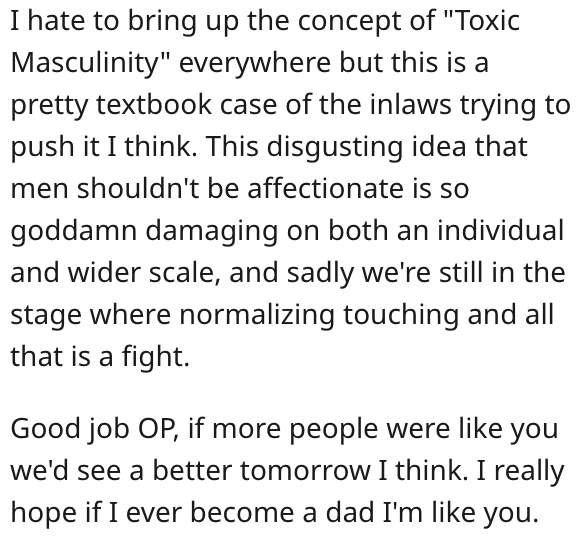 Another parent weighed in and said there is nothing wrong with the dad’s actions and that they still cuddle with their older kids, as well. 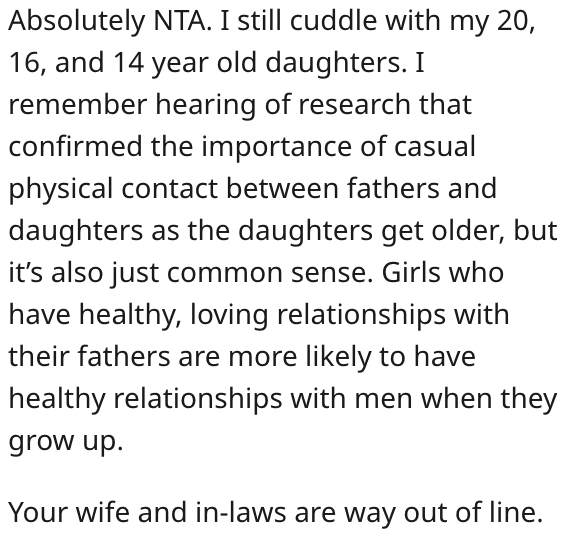 So, in other words, there’s nothing wrong with it. 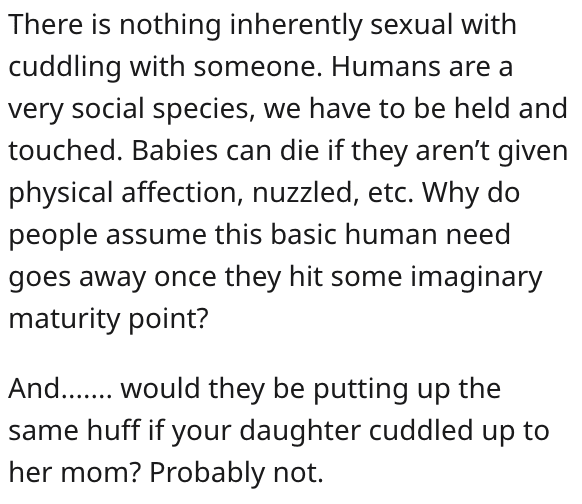 A 19-year-old individual talked about how they still cuddle with their mom. 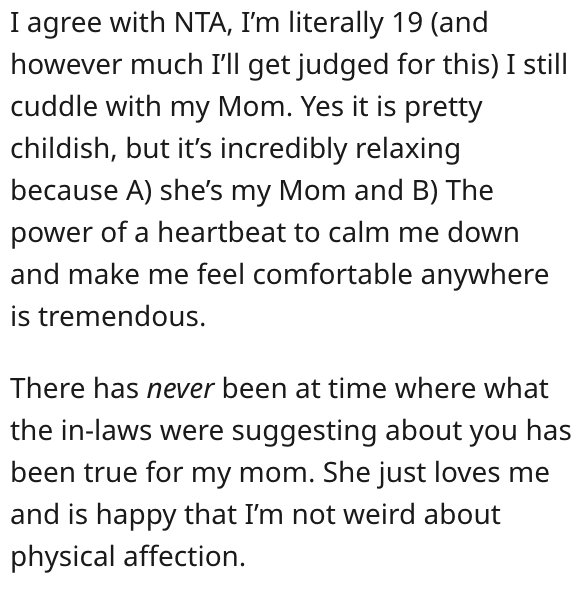 Finally, a person made a very good point about not letting the daughter even know about this situation, because it could lead to hurt feelings.

So what do you think about this?

Was this guy wrong for lashing out at his family like this?

Talk to us in the comments and let us know what you think! Thanks!