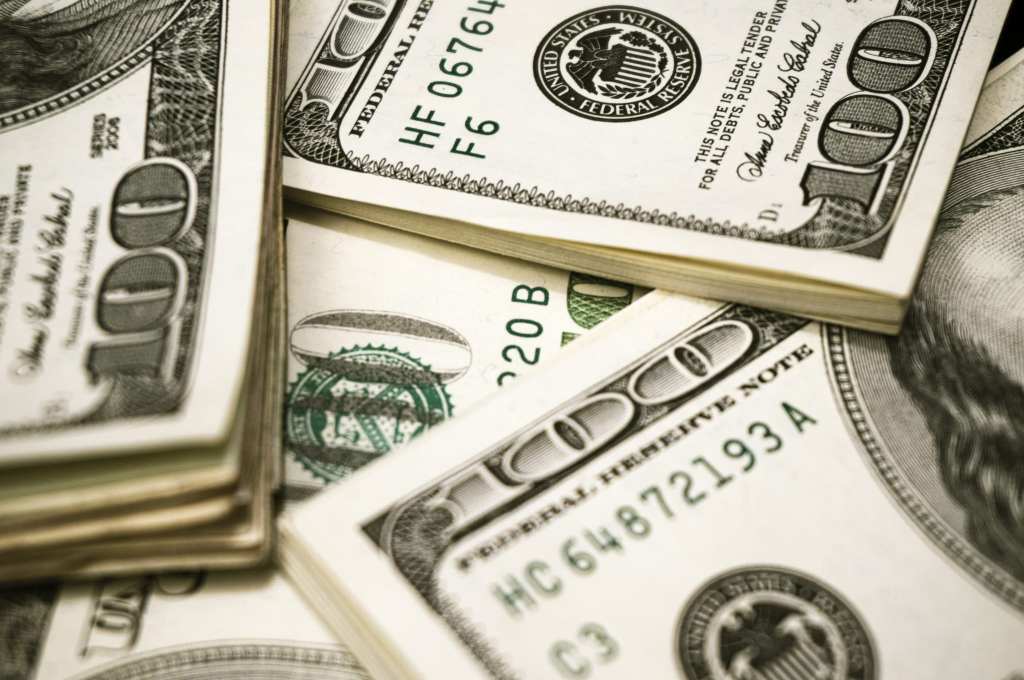 At a charity event recently, Dan Dotson of Storage Wars fame was approached by a woman with an incredible story. Seems as if a storage unit he had owned and auctioned off for a mere $500 yielded a big surprise for the woman’s friend. 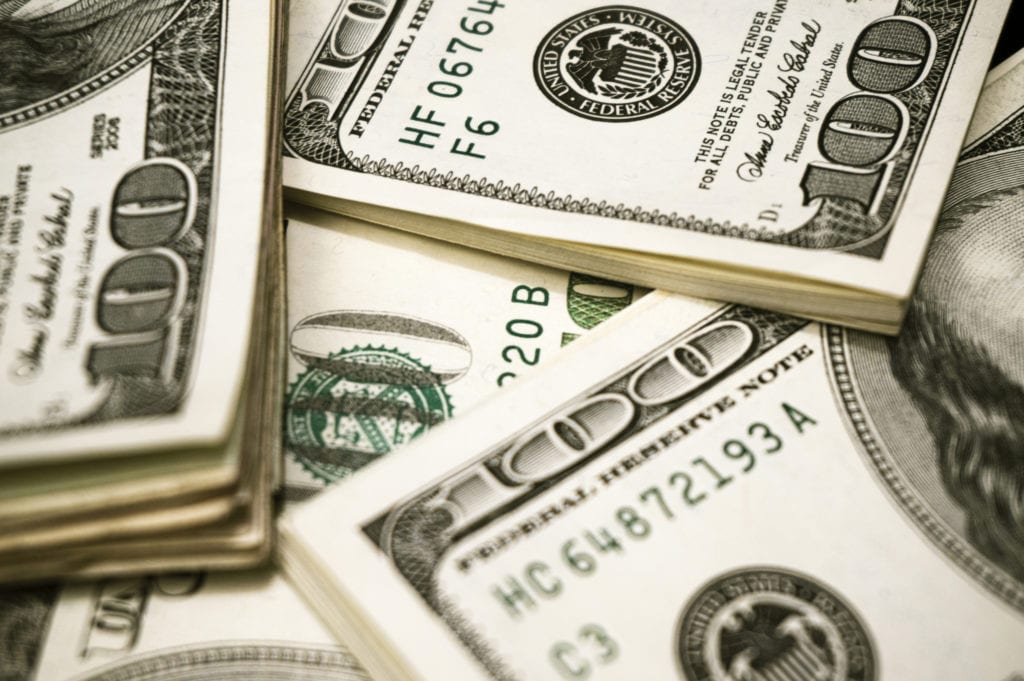 In a video posted to Facebook, Dotson says, “The first person they called to open the safe, I guess, couldn’t, or didn’t, so they called a second person. When that person opened it up, inside the safe — normally they’re empty, but this time it wasn’t empty— it had $7.5 million cash inside.”

Which means that someone lost $7.5 million. 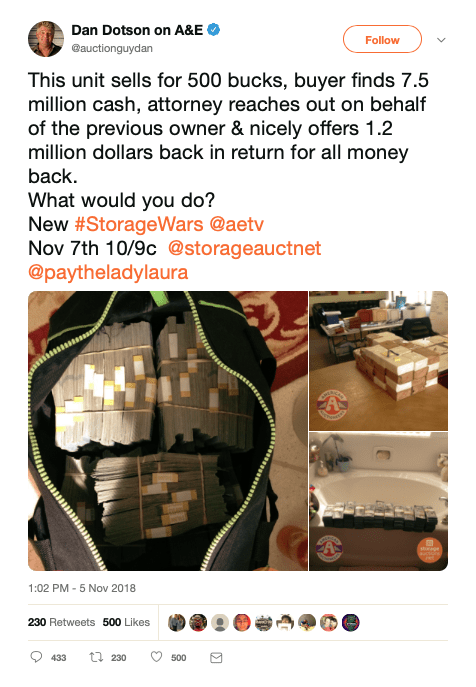 Through an attorney, the original owners of the unit contacted the buyer and offered $600,000 for the money’s return. An even sweeter deal was eventually reached – $1.2 million as a reward for returning the balance.

In the video, Dotson and wife Laura have a conversation about what they would do if they found the money.

“I’d feel so worried. I don’t feel like it’d be clean money,” Laura said. “If they were offering it to me then, I would say alright then, they washed it, they made it clean and I’ll accept that $1.2 million.”

Dotson revealed his own concern. Even though the unit had originally gone to auction because the owners failed to pay the rent, Dotson didn’t think they would forget they left millions inside. “I wouldn’t ask a damn thing. $7.5 million is a lot of money… but that’s a lot of running, too.”