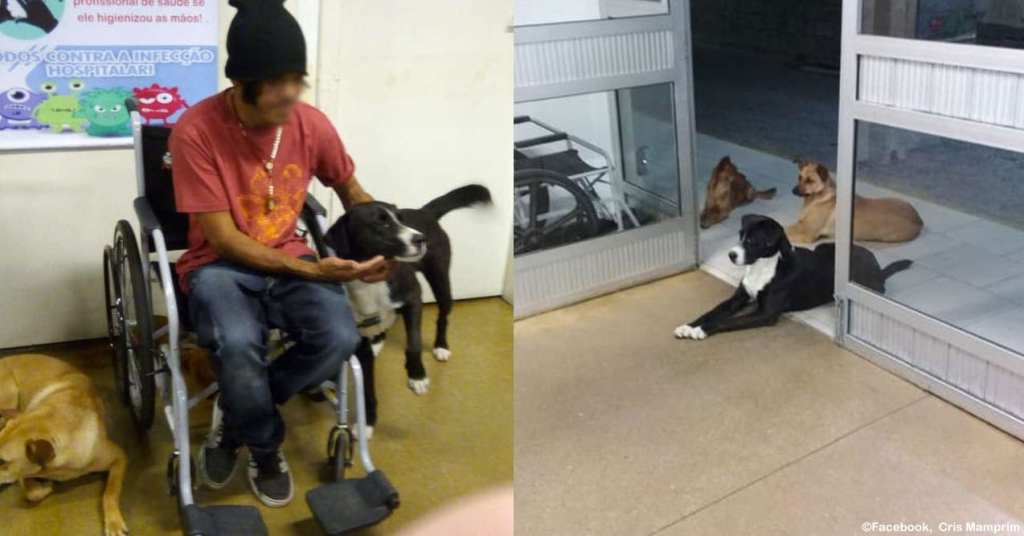 Those of us who are obsessed with dogs often joke that we would totally risk our lives for a dog that we just met two seconds ago. But for one man in Brooklyn, New York, that joke became reality. He jumped into the East River to save a pup from drowning.

yesterday i was at the Brooklyn Barge and a dog ended up in the river, here’s my account: pic.twitter.com/ym9Tn57uyE

Harper, a rescue pup, was hanging out with her dog walker while her human, Erin O’Donnell, was performing at a dance company. Harper tends to be on the anxious side.

“She is a sweetheart but very anxious outside and around strangers,” Erin told The Dodo.

The dog walker took Harper out for a stroll, and they were crossing the street when a cab ran a stop sign and hit them. Both of them were okay, but Harper was so scared that she took off running. She made it all the way to the East River…and then jumped in.

Onlookers captured footage of the dog desperately swimming further and further out.

The water was cold, and Harper was overexerting herself. She began to lose speed and buoyancy.

“People began calling 911 but I knew if someone didn’t do something soon, we were all going to witness the death of someone’s loving pet as it didn’t look like she would last much longer,” Gabe wrote on Instagram.

Gabe is a graduate of SUNY Maritime College, where he learned survival skills for the water. He grabbed a life vest, quickly formulated a plan, and dove in to save Harper.

About 300 people watched as Gabe made his way to Harper, who unfortunately did not realize that this stranger was trying to help her. She kept swimming away from him and actually bit him out of fear when he finally reached her.

But after a lot of work, Gabe finally made it to shore with Harper in his arms, both of them safe and sound.

“Her paws are in rough shape, so she will need some trendy boots for a few weeks, but otherwise she’s in great spirits,” Erin said.