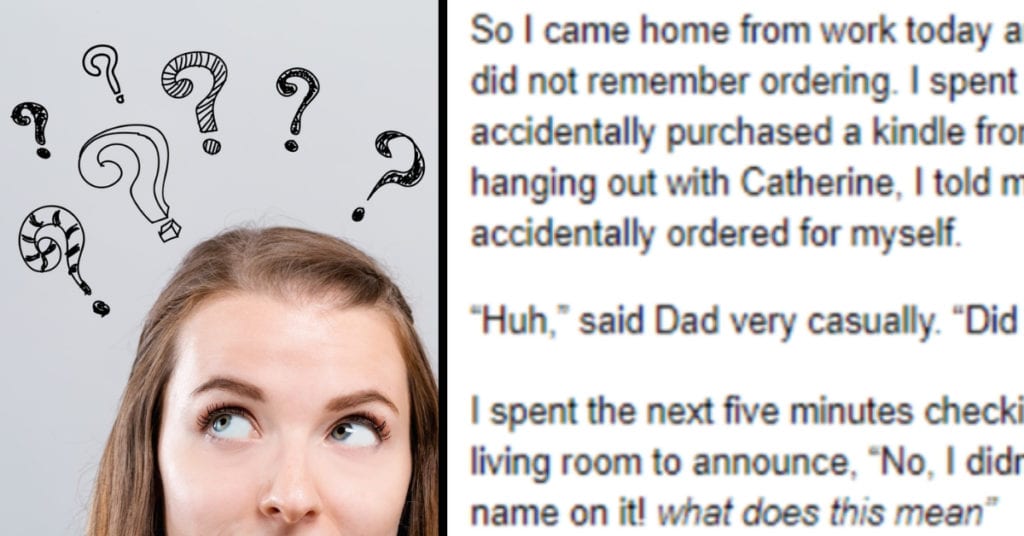 If you’re in the mood for a feel-good story about a guy who just wants to be nice to his family, well, you’re in for a treat. It’s actually pretty hilarious, especially since his daughter shared her dad’s exploits online.

The daughter says that she came home to find something waiting for her: a Kindle that she definitely didn’t order. She was confused and thought that she might have accidentally ordered it for herself. 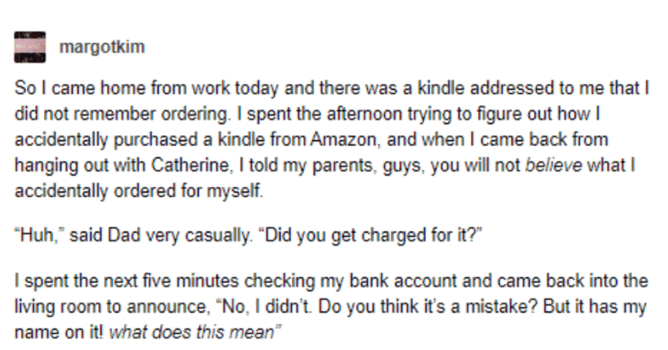 Ok, so, that’s intriguing. It’s also funny that she didn’t think to check her bank account right from the jump. Luckily, her dad reminded her.

She started low-key freaking out, since it is pretty weird to get something like a Kindle and have no idea who sent it to you.

Her dad stepped in before she went too far. It also turns out that her dad isn’t only sending her surprise gifts. 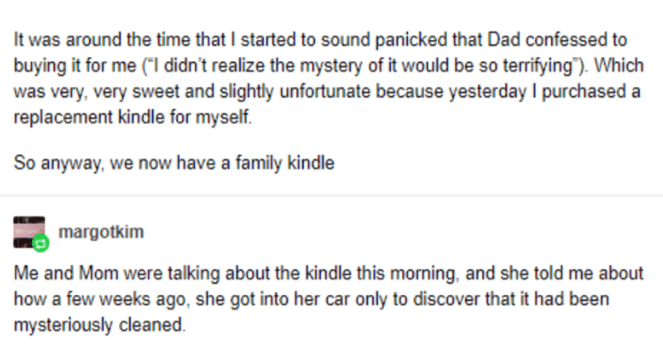 An unexpectedly clean car? That sounds like a dream.

It probably would have been for her mom, too, except she couldn’t figure out who decided to clean her car for her, or how they got in.

And yeah… she freaked out.

Hahaha… “Honey. It was clearly me.” What a completely defeated response.

It is pretty interesting that both his wife and daughter immediately assumed benevolent strangers were acting on their behalf. Are they that naive??

Have you ever found yourself in a similar situation? Share your story in the comments!