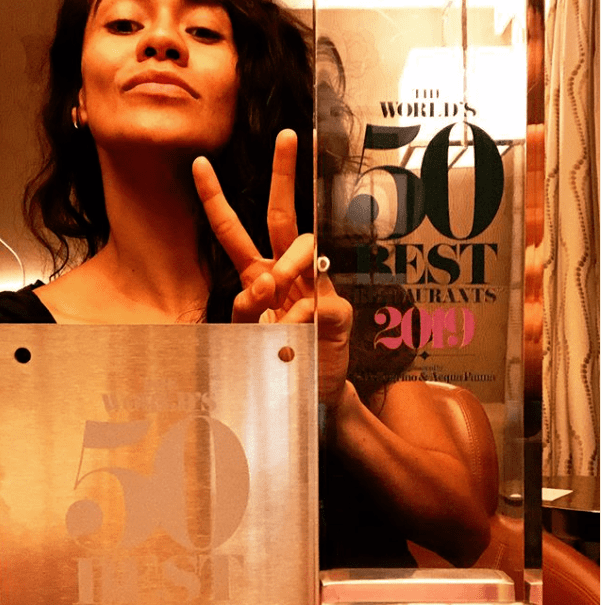 Her name is Daniela Soto-Innes, she’s 28 years old and she was just announced the best female chef… in the world!

The recognition by The Worlds 50 Best Restaurants honors one woman yearly. At 28 years old, Soto-Innes is also the youngest woman to ever win the title.

Soto-Innes sky-rocketing career has earned praise for several years now. In 2015, her Cosme kitchen won Eater NY Restaurant of the Year, and in 2016, she won the James Beard Rising Star Chef award.

The World’s 50 Best highlighted Soto-Innes success in a world dominated by male chefs. She was also noted for running kitchens where most of the staff are women.

Soto-Innes is credited for bringing in immigrant woman of all ages for various opportunities in her kitchens. The environments are described as welcoming and diverse.

She was only 12 years old when her family moved from Mexico City to Texas. Throughout her teens, she swam competitively. Then she enrolled, and excelled, in Austin’s Le Cordon Bleu culinary school.

CHANGES. Normally people don’t like them, most of the time even good changes are criticized…. But it takes one more person to believe an idea can work to keep your light going, we can fight against the prejudice and the ignorance that our different voices shouldn’t be heard. Changes are not always organized or expected, but when they come out better that what we thought…. it’s the most rewarding thing. Being a cook is awesome ???

However, her signature dishes, like ceviche and mole, are mostly inspired by her large family. Her mother, grandmother and other women in her family loved to cook and bake, competing at every gathering with who made the best cake or dish.

New restaurants in Los Angeles are in the works, including a taqueria and one offering Mexican food with a Japanese influence.

But, as she said in the Worlds 50 Best Restaurants video, even with all the awards and new restaurants, she will never forget what brought her into cooking—a love for people, their food and why they cook.

It’s a credit to her passion for food and natural curiosity about people that makes Soto-Innes and her cooking personable and approachable. And, now the world’s best.